As originally published in Australasian Coin and Banknote Magazine August 2020 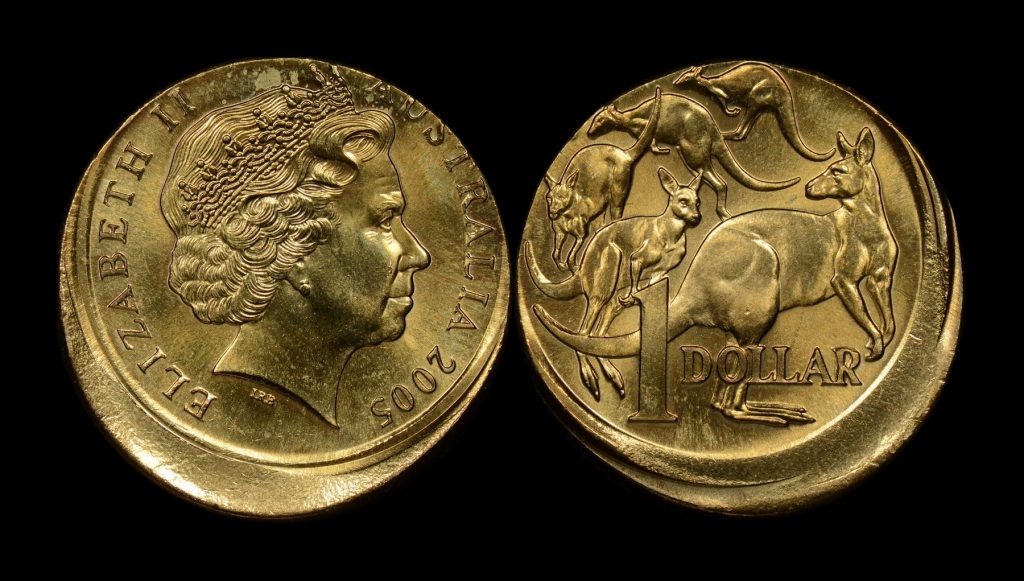 This is just one coin out of a reported mintage of 5.792 million 2005 dated ‘Mob of Roos’ dollars sent into circulation. Without doubt this dollar certainly missed the mark. It’s been struck about 10% or 2-3mm off centre. This type of error coin is known as ‘off centre’ because some of the coin design is missing. On the obverse the top part of the letters “AUST” are missing. On the reverse the three outer kangaroos of the ‘Mob of Roos’ have ears that are partly missing.

How did this mis-strike occur? When the planchet was fed into the coin press it didn’t neatly fall into the collar die as expected and was subsequently struck off centre. The improperly seated blank is then struck unconstrained by the collar die leaving the entire coin out-of-round. Close examination of the base of the letters “AUSTRALI” shows the characteristic ‘V’ shaped indentations known as fishtailing. Fishtailing is an indicator of the metal flowing outward into the void where there was no collar to constrain the strike.

This is not a common error by any means but if you do have a dollar coin that is struck off-centre similar to the coin we’re discussing here then there’s a very high chance it’s dated 2005 as a number of these have been found. Why this many? That is uncertain, but perhaps one or two die pairs were setup incorrectly for the production run. Was there a fault with the coin press? Another possibility is that a group of Type I (un-rimmed) coin blanks were fed into the dies, this being another common reason for off-centre/out of collar strikes.

If you look closely at the cheek of Her Majesty you’ll see a tear shaped die chip. This die indicator is present on a number of similar 2005 ‘Mob of Roos’ errors such as partial collars, broad-strikes and off-centre errors. The authors note that other 2005 errors of a similar type are seen without this die indicator. More research is needed to understand if there were multiple die pairs involved in creating these errors or if it was one die pair deteriorating or malfunctioning through their production life.