Double Brockage 1964 Penny? Error or Not?

Is this a Double Brockage 1964 penny?

Recently we were lucky enough to view the above coin, the first people other than the owner himself to see it “in hand” for about 50 years. About 50 years in fact since the owner of the coin received it in change. The coin’s owner sent us the coin to have us evaluate it’s authenticity and provide an explanation as to the origins of the coin. While we are the first people to view the coin personally for several decades it’s not the first time it’s been written about. It appeared in Australasian Coin and Banknote Magazine in February 2013 on page 28 in an article by Ian McConnelly. The penny also appeared in Renniks Australian Pre-Decimal & Decimal Coin Errors (McConnelly 2015) on page 15. Mr. McConnelly describes the coin as “a Brockage that has occurred on both sides of the coin but in an opposite application”. 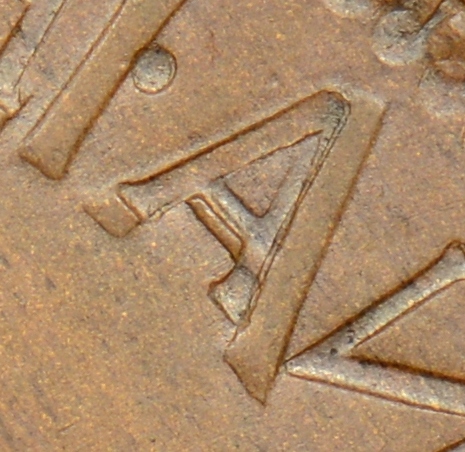 Our first impression is that the coin is a fabrication formed by pressing the penny between two other pennies because the incuse strikes have not obliterated the earlier struck design to any great degree indicating a lower striking pressure. Fabricated errors of that type usually show coin deformation as pressure is applied unevenly and without a restraining collar. This penny measures 31.7mm which is about 1mm bigger than normal but perhaps within manufacturing tolerance and the coin is perfectly round. So, does this indicate that the error is real? Unfortunately not, examination of the edges of the coin show regular witness marks (see Figure 2) where the edge of the coin was presumably restrained while being compressed between two other coins. At this point we are leaning towards the idea that this coin is a fabrication. Are there any other indicators that this might be true?

Let’s consider how this “error” could have come about if it was real. A coin was struck, somehow escaped the production process and found it’s way back into the store of blank coins. It then was sent through the coin press again and just happened to be struck at the exactly the same time that die caps were in place on both the hammer and anvil dies. What’s more, a comparison of the incuse design elements on the obverse and reverse of the coin with the same features in relief on a normal 1964 penny show that they are exactly the same size (see Figure 3). 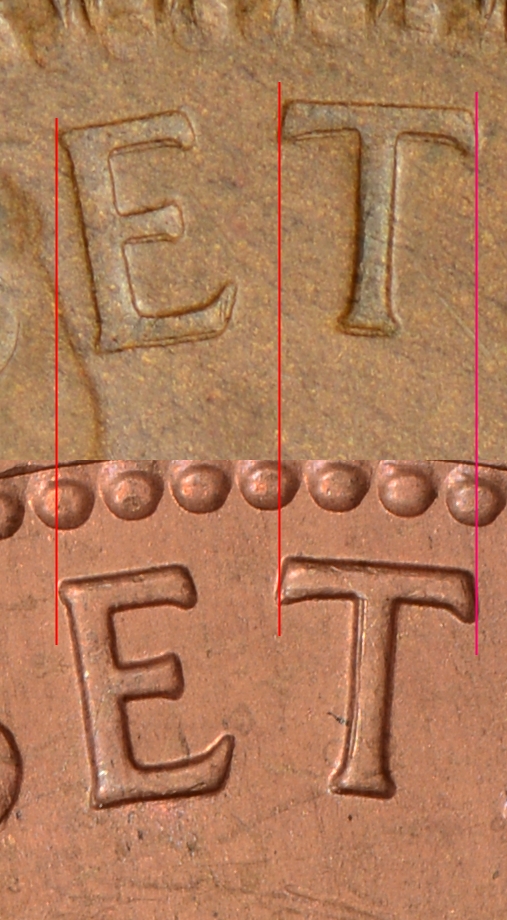 So the supposed die caps are EXACTLY the same early state and somehow managed to adhere themselves to the coin dies at almost the same time as they struck this “error”. Let us consider another characteristic of the coin, the degree to which the “brockage” strike has obliterated (see Figure 4) the earlier struck design. This indicates a very low striking pressure when the incuse impressions were applied, in our experience second strikes tend to largely obscure earlier design elements leaving just traces of the original design. Clearly something very different is going on with this penny. The chain of probability that this is a real error is getting very unlikely indeed.

Compare this with the possibility that a person with a small number of hand tools and a passing knowledge of coin errors pressed the coin between two other pennies. It’s not the first time such “errors” have been fabricated and they are far more common than “double brockages on already struck coins”. We know first-hand how easy these fabrications are to create as we have an acquaintance, who just in the last few weeks, as an experiment created some of them using hand tools in under 30 minutes. Based on this (see Occam’s Razor) we have to conclude this coin is not an error but a fabrication.