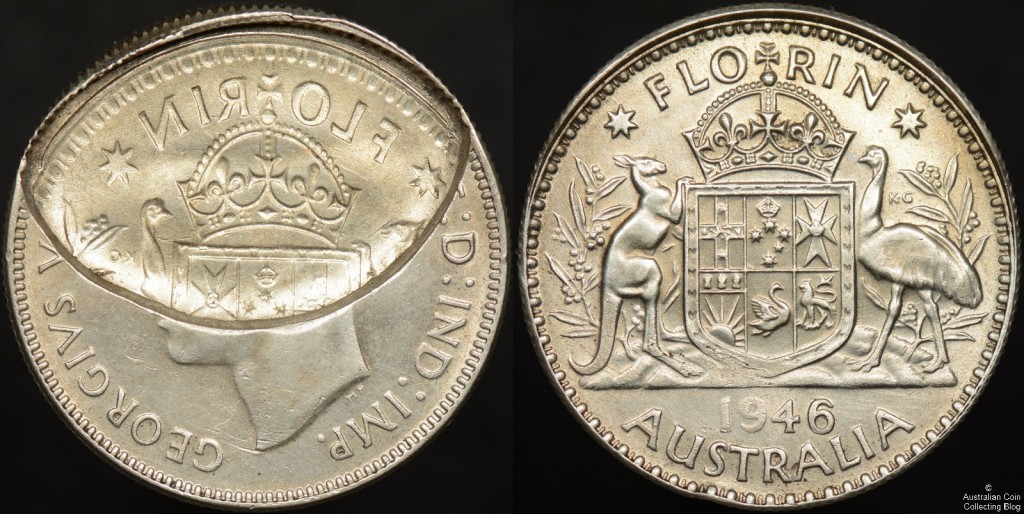 This coin has been struck through an elliptically clipped fragment of another coin resulting in the typical indented area on the host coin. The indent covers about 40% of the surface area of the obverse of the coin. The fragment of the other coin had already been struck and either failed to exit the coining chamber correctly or perhaps contaminated the florin blank supply. Because the fragment was already struck a superb reverse brockage impression is visible in the indented area of the coin. 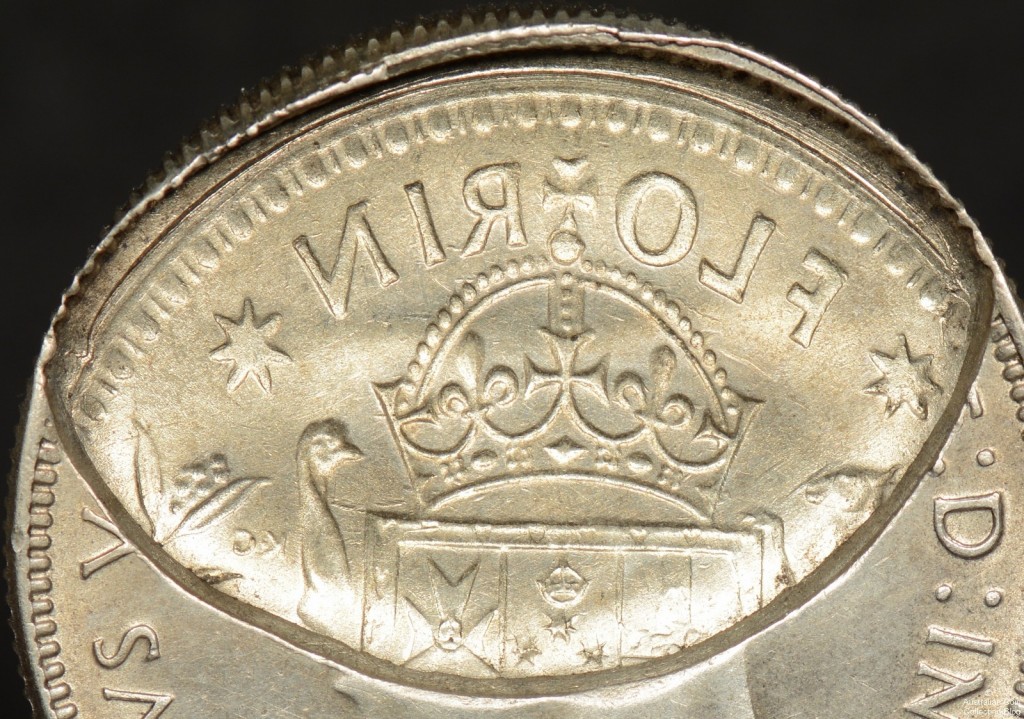 Striking the florin blank against the other coin fragment resulted in a localised area of extreme high pressure forcing metal from the coin blank between the reverse die and the collar die resulting in a much thicker area of edge reeding for about 40% of the circumference of the coin. Normally this would be called “finning” but on this coin it is extreme on both the reverse and obverse of the coin and we’ve never seen it to this extent on other indented error coins. 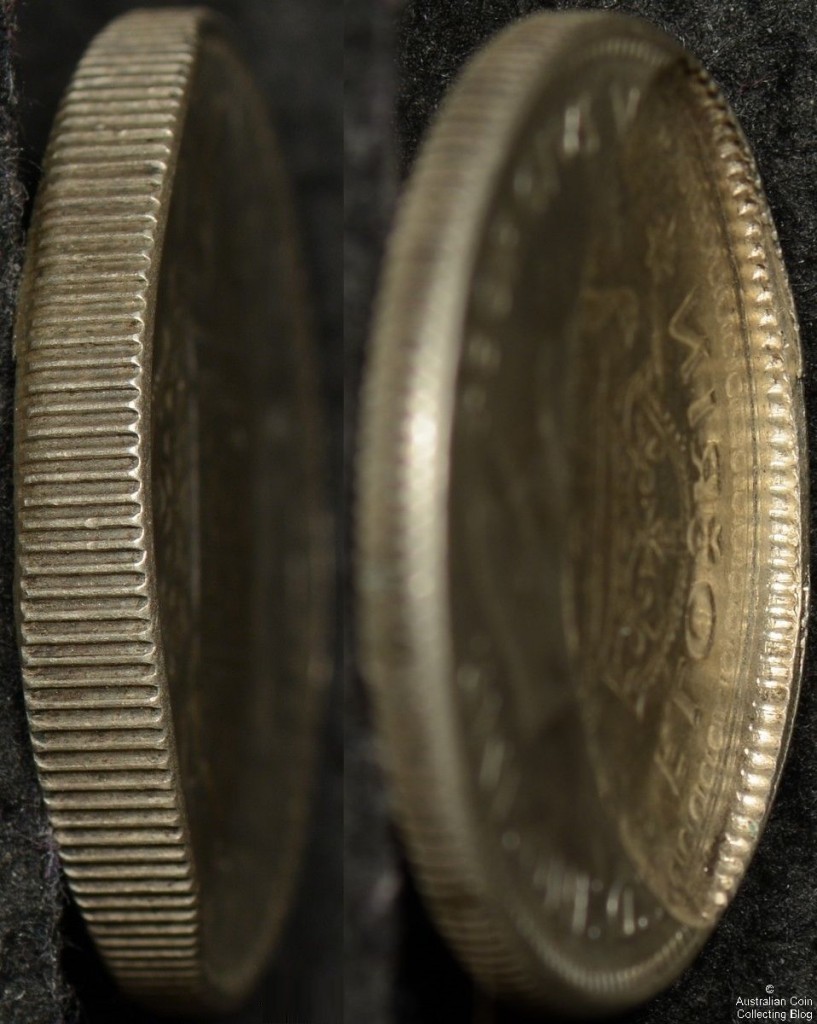 The coin saw some circulation which has resulted in a rim bruise of the reverse under the ST of AUSTRALIA and other larger bruise on the extended reeding on the obverse from about 10 o’clock to 12 o’clock. There is also a small section on the reverse which surrounds the 19 of the date which is struck through some oil or grease which was on the die.

The coin grades VF / aEF and is a fine example of the type. Indented partial brockages are not uncommon on predecimal pennies and half pennies but quite scarce on florins. The amount of indented area is usually much smaller than this coin though making this a premium example of the type.