As a follow on to the entries about clipped planchet coin errors we’ve decided to put up a post on the double curved clip coin error. You can see an example of this sort of coin error above. This 1981 5 cent exhibits two distinct curved planchet clips at 90 degrees from each other. These errors are a lot more unusual than the single curved clip coin errors and for some denominations from some countries are almost non existent. We’ve seen less than a couple of dozen double clipped Australian coins in the last 10 years. Given their scarcity we feel they are an undervalued error and we’d recommend picking them up where you can. 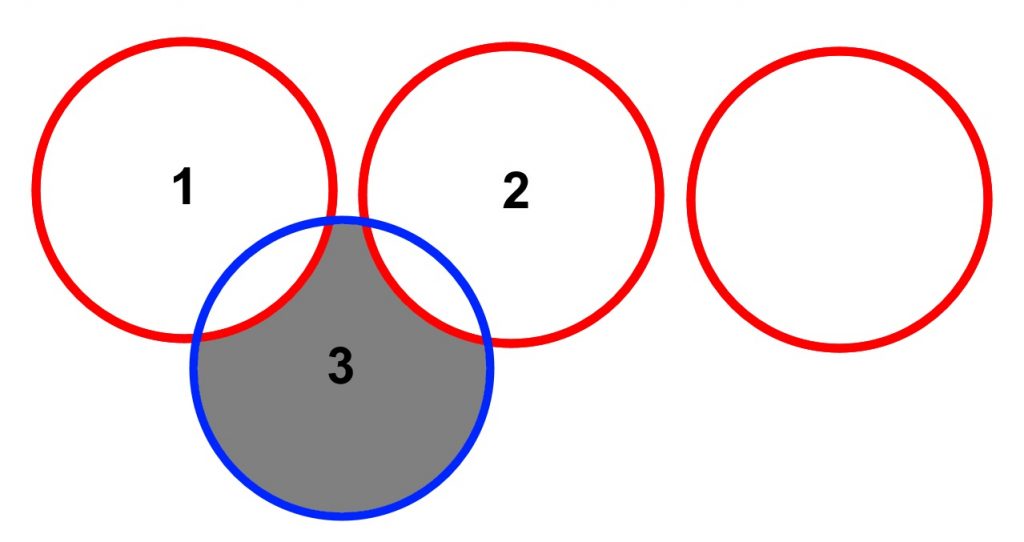 How Double Curved Clips Are Made

To give you an idea of how these errors occur please take a look at the diagram above. Typically coin blanks are punched from a metal strip in rows. The rows are usually offset from each other (like the courses of bricks on a house) to more fully utilize the metal in the strip. In the example above the first row of blanks has been punched out correctly. However, for due to some material feeding fault or machine error the metal strip has moved from where it should have been punched so that coin blank 3 is punched out of an area that already had coin blanks 1 and 2 punched from it. This results in 2 curved clips on coin blank 3.

There are many variations on this sort of clip. The picture of the 5 cent coin above probably happened because of something like that show above as the curved clips are 90 degrees apart..