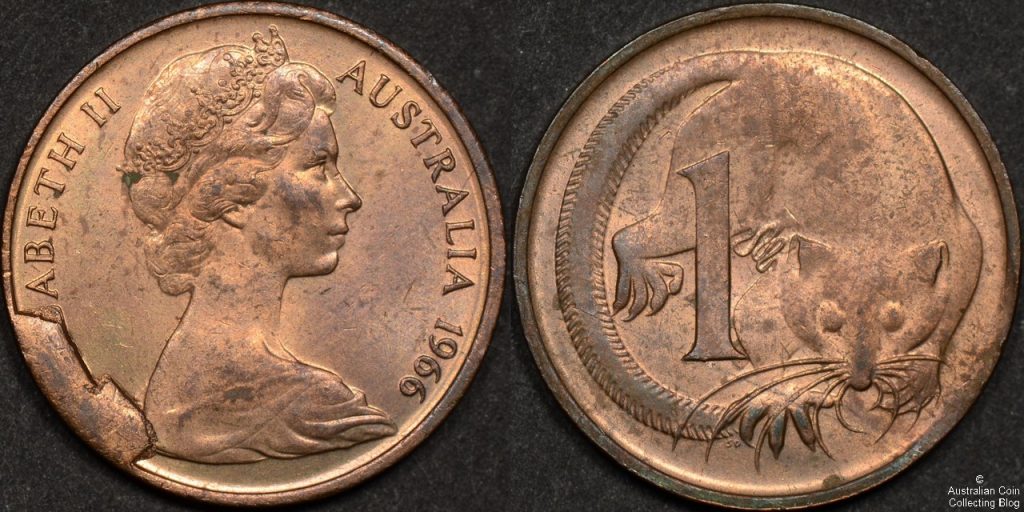 The so called coin cud or die chip error coin happens when a part of one of the dies that strikes the coin actually breaks off. When this broken die strikes a coin the result is a new raised feature (usually looking like a blob) on the surface of the struck coin. The blob mirrors the incuse feature on the die where the die broke. Coin cuds or die chip errors are reasonably common, and unless the cud is particularly large usually only worth a small premium. A lot of the US Morgan Dollar VAM’s are defined by cuds or die breaks and these can often carry a larger premium over the non variety coins.

The most common form of coin cud error is the rim cud, where part of the die that forms the rim of the coin breaks away and any struck coins have a raised element that extends around part of the rim. You can see this type of cud on the coin in the image shown at the start of this article. In some cases a coin may have 2 or more rim cuds. Rim cud errors are (relatively) common because the rim of the die is easily damaged in storage and transport. Cud errors can also occur in the main part of the coin design, usually these happen in weaker points of the coin design where part of the die breaks away because of excessive use. These cuds can be smaller and harder to spot, but they still form an interesting variety that some collectors are interested in.

One of the best known cud errors of this type is found on the iconic Australian Mob of Roos dollar coin. Known as the Rabbit Ear Dollar you can see an example of this below. 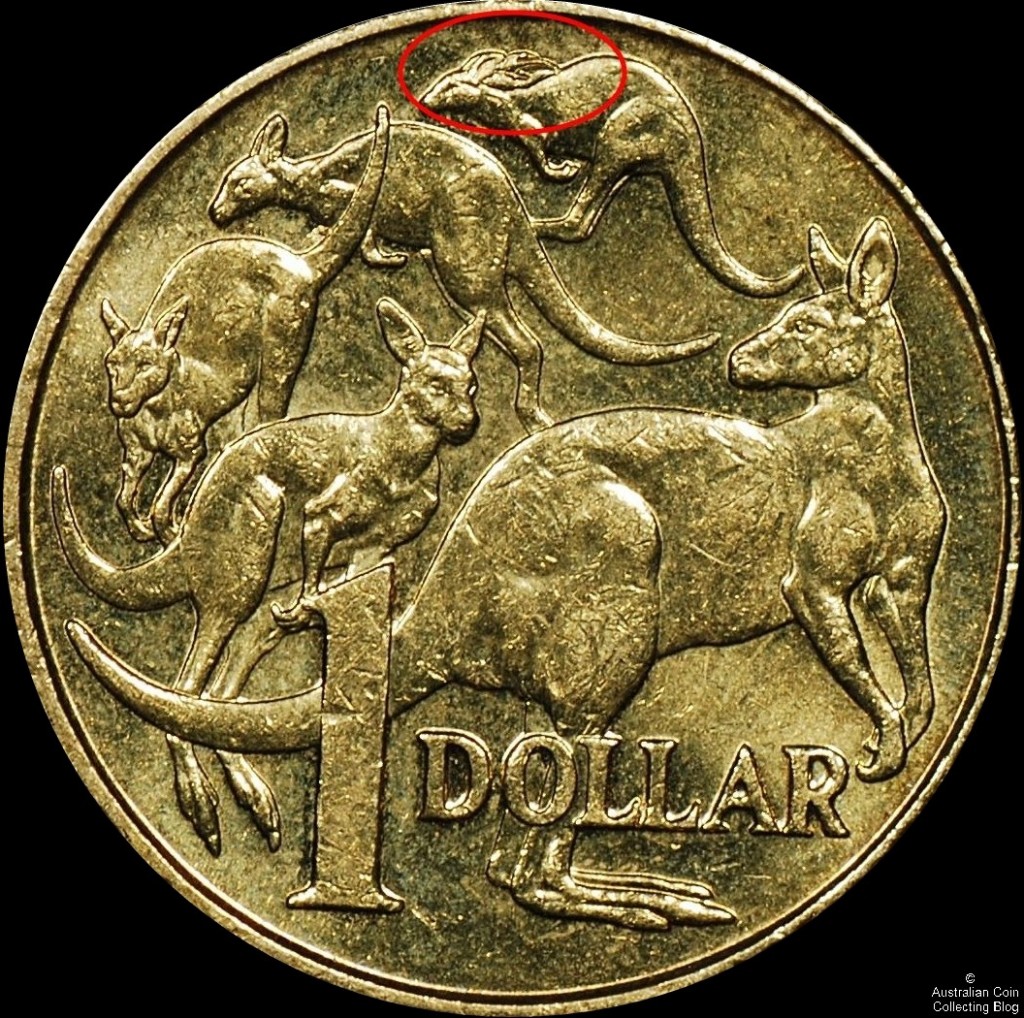 Sometimes when the cud is very large you can actually see the effect of the metal flowing to fill the cud as weakness on the opposite side of the coin. The 1943Y penny shown in the image below is a particularly fine example of this. The impressively large reverse cud has resulted in clearly visible strike weakness on the obverse with almost all of the letter F missing at about 3 o’clock in the legends. 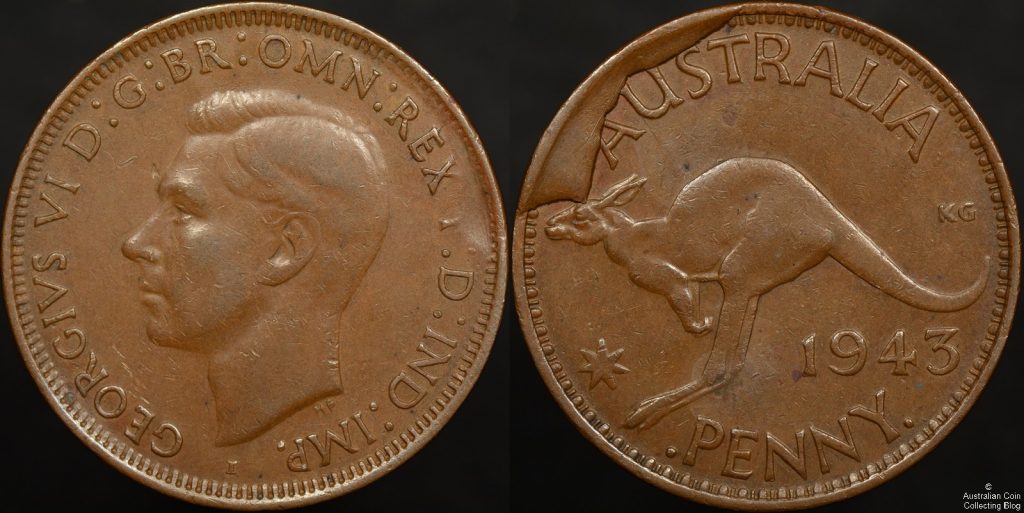