An interesting class of coin error is the double struck coin. This type of error occurs when a minted coin is struck again by the coining dies before it has left the coining press completely. This usually results in a partial impression of the coin over the previously struck image.

Below we can see a decimal double strike on a two dollar coin, there have been quite a few found with this date -perhaps there was a fault with the press at that time. An example like this would probably set you back $1000+

A very rare occurance is this error that has a mate out there somewhere. It was this coin that struck another coin
causing an indent with a brockage. The coin pictured below is double struck on the obverse with the doubled section being sandwiched against a blank coin still in the press.

All the coins seen here in this article are double struck out of the collar. This means when the second strike was applied the coin had disengaged and was partially or mostly on it’s way out of the press. The 2 cent seen below only just caught on the edge as it was leaving the press. Just visible on the obverse second strike is the top of Her Majesty’s head and the tip of her crown. The reverse shows just the tip of the lizards tail. 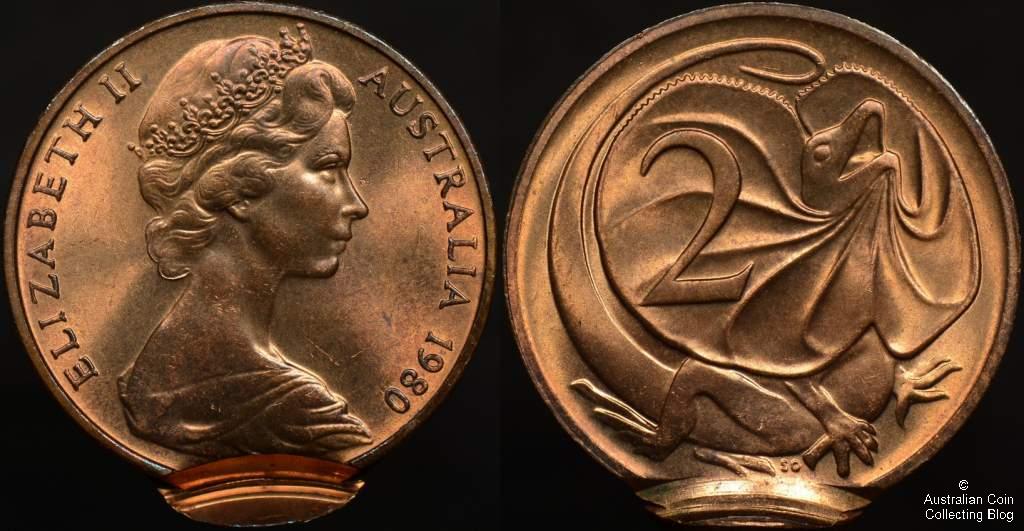