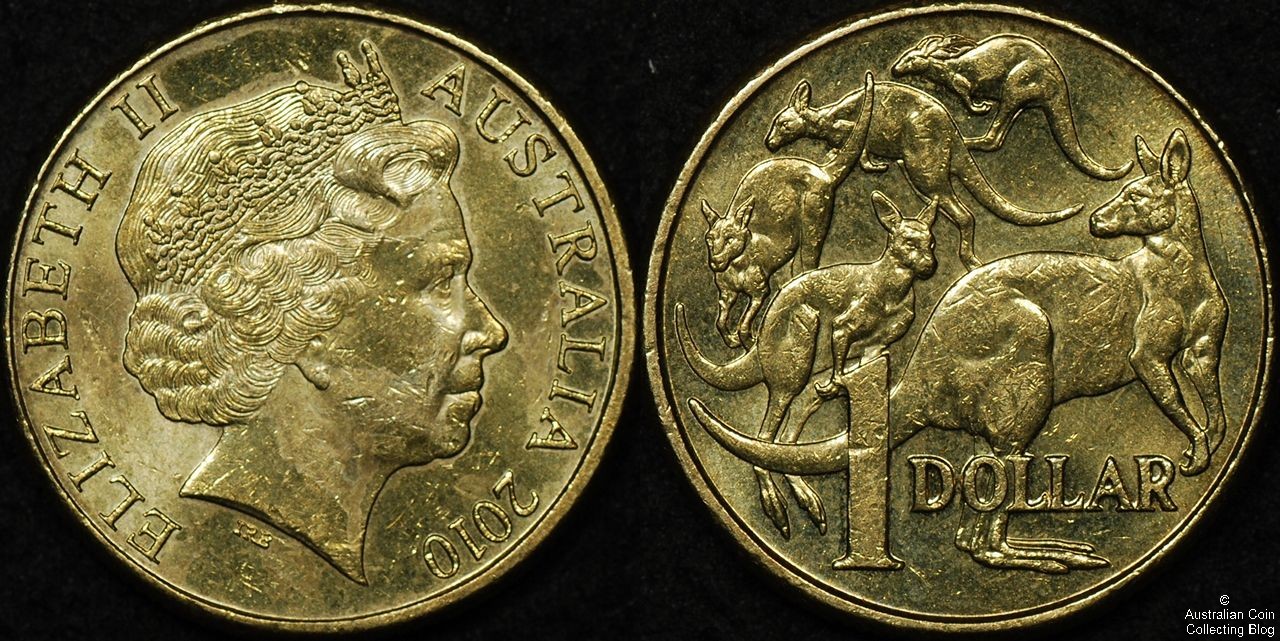 Since the introduction of the one dollar coin in 1984 a weak spot on reverse die for the the 5 mob of roos design has resulted in a variety of the dollar coins which you might find in your change. Because of the common weak spot on the die of the mob of roos design in some years a die chip of various sizes and slightly different locations has occurred and cuds are formed on the resulting struck coins.

The very top roo on Stuart Devlin’s design may appear to have a small cud on the ear, we might call this a “flea ear”. Increase the size of this flea and we have what collectors term the “rabbit ear dollar”. These rabbit ears vary from small to huge. A rabbit ear that has disengaged from the ear and occurred further down the roos back is affectionately termed a “backpack or rucksack” roo. Die weakness has also shown itself at the top most roos mouth causing a “spew roo or spitting roo”.

A cud can occur anywhere on a coin design where a failure of the die has occurred and a part broken or chipped away. Cuds have also occurred at the base of the tail on the left hand roo causing a “double tail”. It is quite common for coins to have rim cuds which are really the same type of error as we’re talking about here. 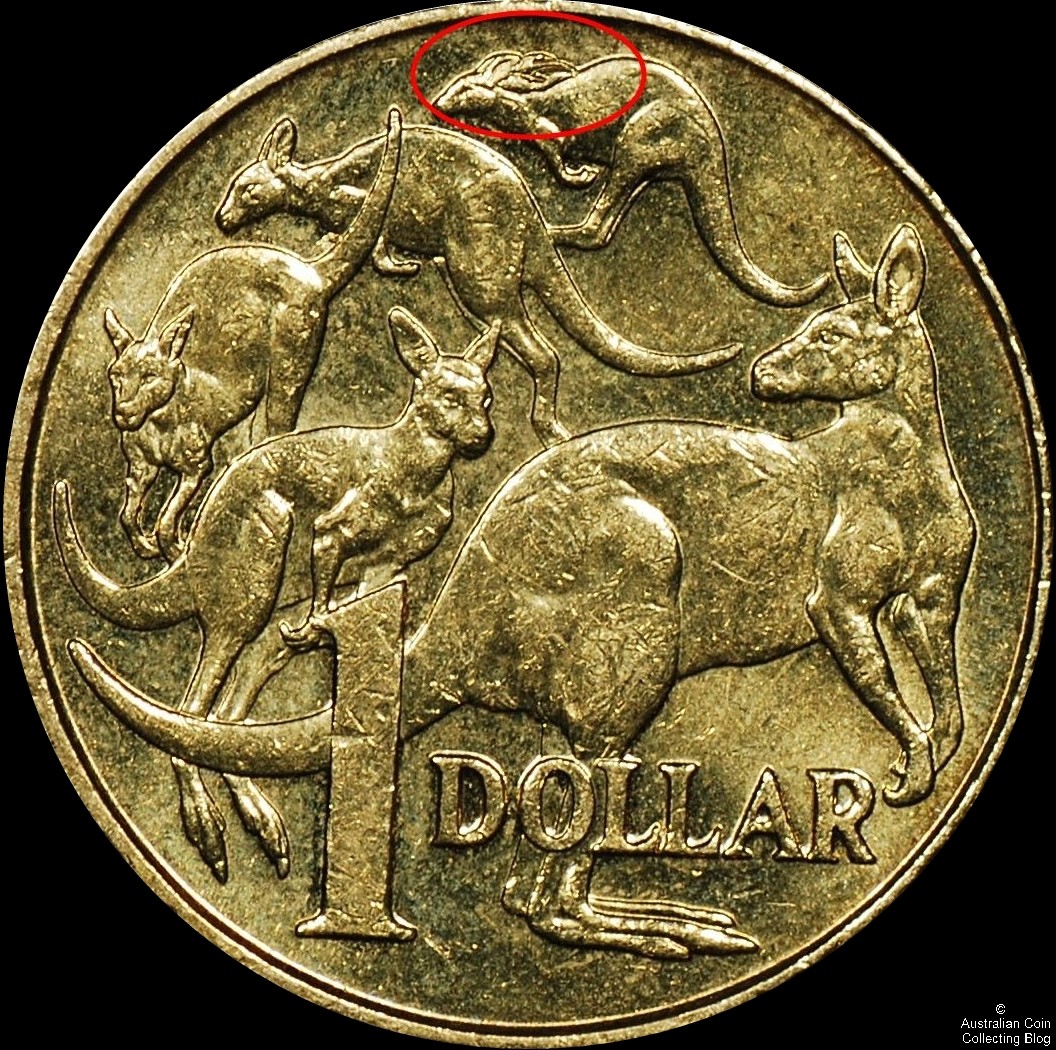 These errors tend to appear on some years more than others. Is this because of a larger production run or a lower number of dies in use for a particular year and therefore there is pressure on the die to stay intact for a longer run of coins? No-one is really sure and after 26 years in production this error continues to occur on the mob of roos dollar coins.

What Years Can Rabbit Ear Dollar Errors Be Found?