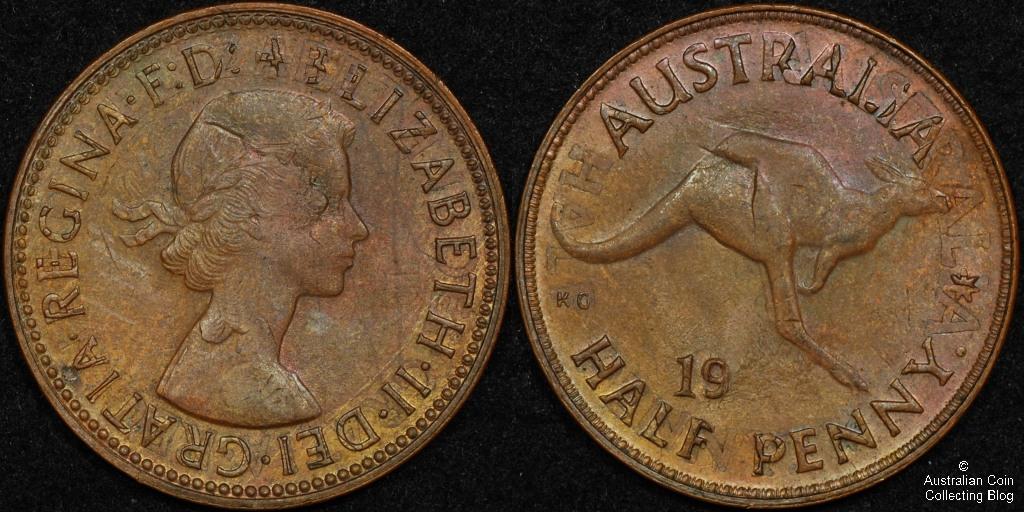 Previously we talked about double struck coins errors but this entry largely covered double struck coins where the coin had been struck once and then partially left the coining chamber before being struck again. This results in two clearly visible strikes to the coin, with one partially overlapping the other.

The rotated double strike error occurs when a coin is struck and is ejected from the coining chamber but the struck coin falls back into the press. It is then struck again (within the collar) but the coin had rotated slightly so the result is two strikes to the coin that are rotated with respect to each other.

Above you can see an Australian half penny of indeterminate year that has been struck twice. You can see the results of the first strike clearly, with the second portrait visible at about 45 degrees to the correctly oriented portrait. You can also see a second kangaroos tail at 45 degrees to the first on the reverse of the coin. It appears that this coin rotated about 45 degrees counter clockwise (viewed from the obverse) when it was struck the second time. The second two figures of the date in both strikes has been obliterated by the other strike so it’s impossible to say what year this coin is dated. 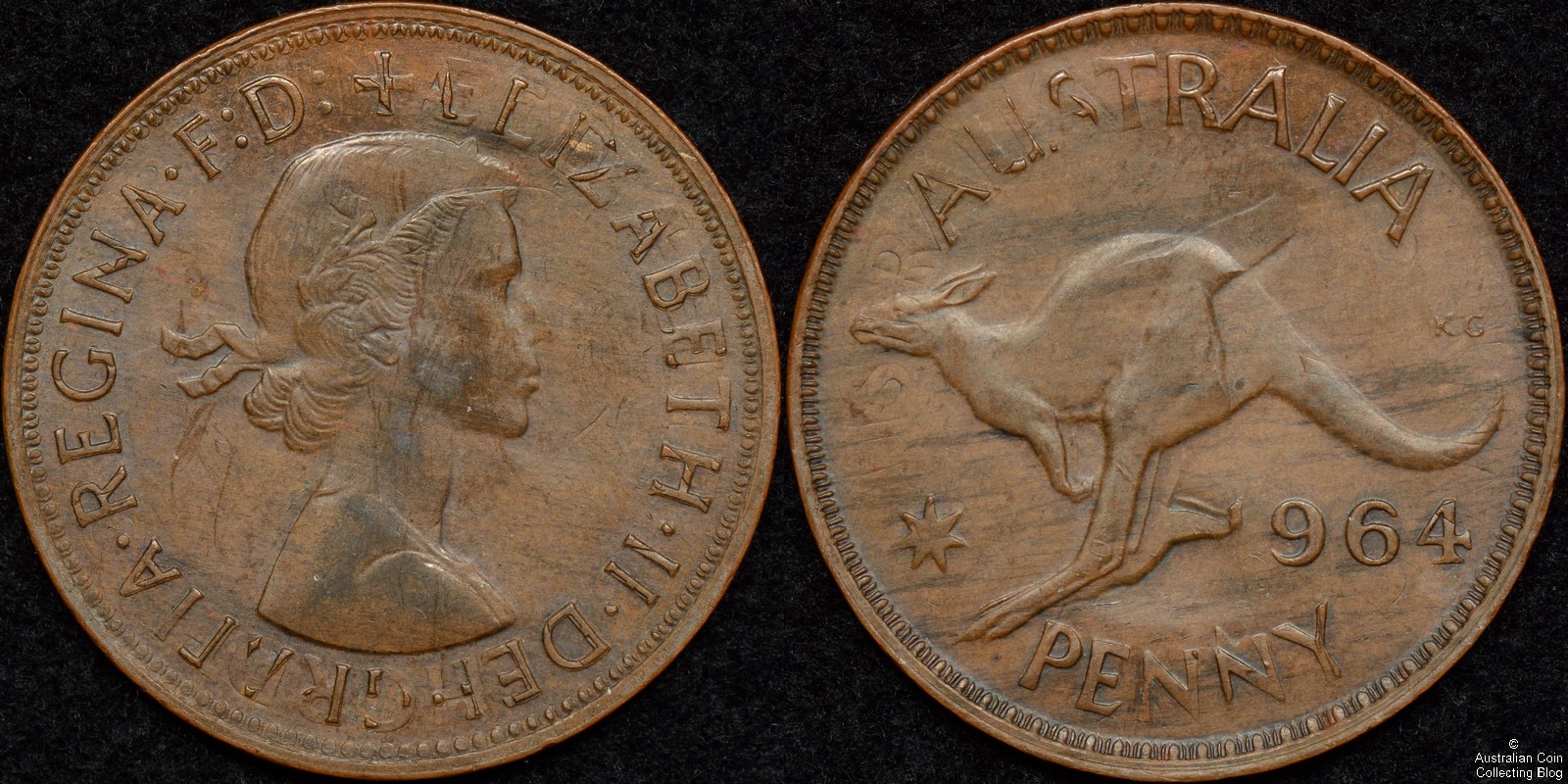 Above is another rotated double strike. This time it is an Australian 1964 Penny. This coin has rotated nearly 90 degrees clockwise (viewed from the obverse) after the first strike. You can see this clearly on the reverse with the first set of kangaroo front legs emerging from the hind legs of the second strike. It’s not entirely clear in the image but you can also see the ribbon on the back of HM’s hair from the first strike in the middle of HM’s head from the second strike.

The coin below, again a 1964 penny rotated only a small amount and is clearly seen with a second date below on the reverse, another A at the end of AUSTRALIA and a multiple forehead on the Queen.