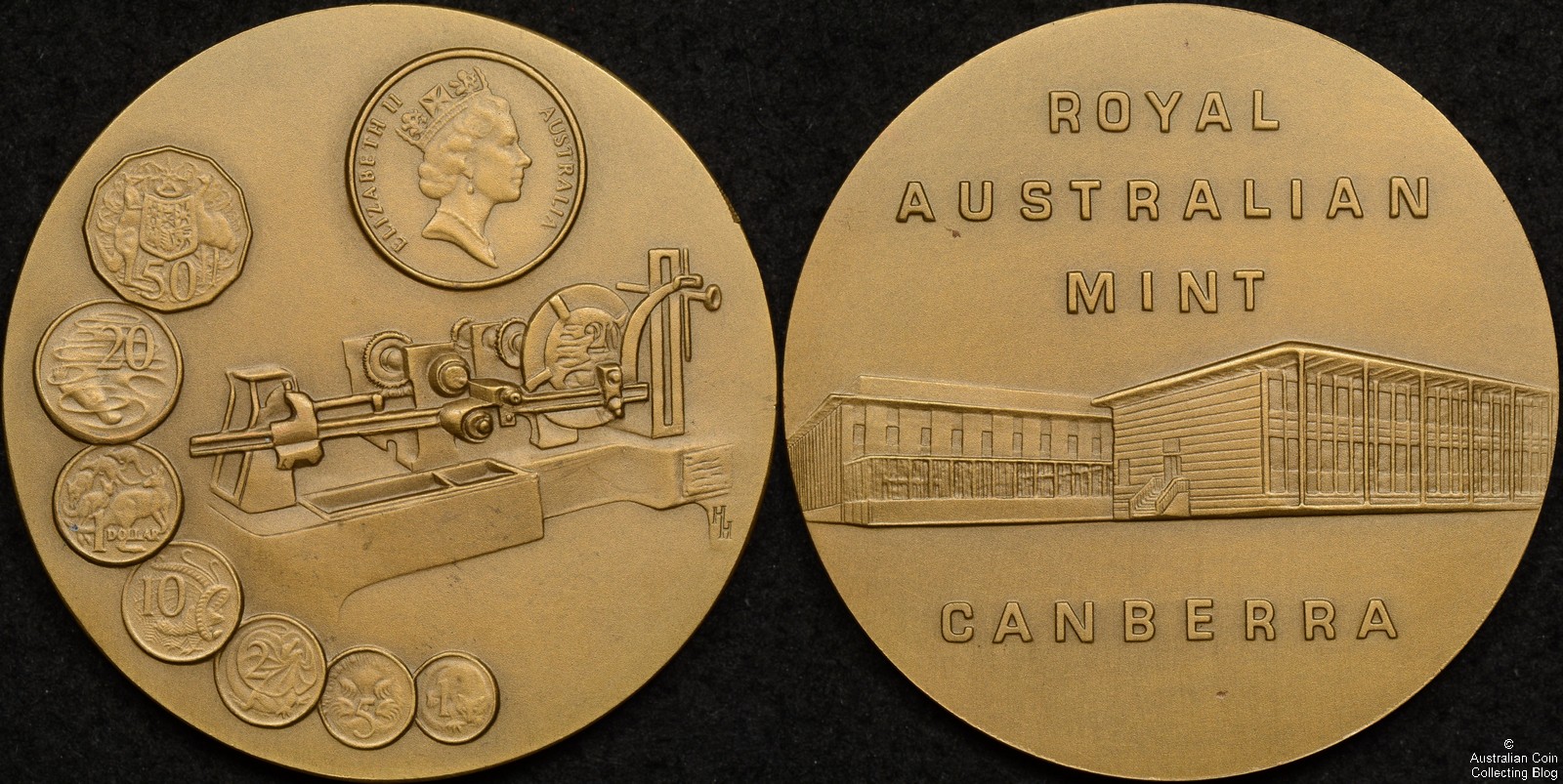 This Royal Australian Mint medal is the newer version of that issued from 1970 to 1984. A little smaller also at 50 millimeters in diameter. This medal was sold as a souvenir in the Mint Shop in Canberra between 1985 and 1988. It features a design which includes the Raphael Maklouf portrait of Queen Elizabeth II which was used from 1985 and depicts the 1 dollar coin but not the $2 coin which was first issued in 1988, hence the short issue period of 1985-1988.

The obverse features the easily recognisable Australian decimal coins designed by Stuart Devlin, the 1 cent, 2 cent, 5 cent, 10 cent, 20 cent reverses and the dodecagonal 50 cent Coat of Arms reverse along with the Maklouf portrait of QEII. It depicts a Janvier Berchot reducing machine which uses an Araldite Epoxy model of the coin design in relief as a tracing model to reduce the large design to it’s coin size on a master hub die. A key tool in coin design. The die engraving pantograph shows the 20 cent platypus design. The initials HH are for the Mint’s chief engraver at that time Horst Hahne. The reverse depicts the Royal Australian Mint building in Deakin, Canberra, ACT as it looked during that period. 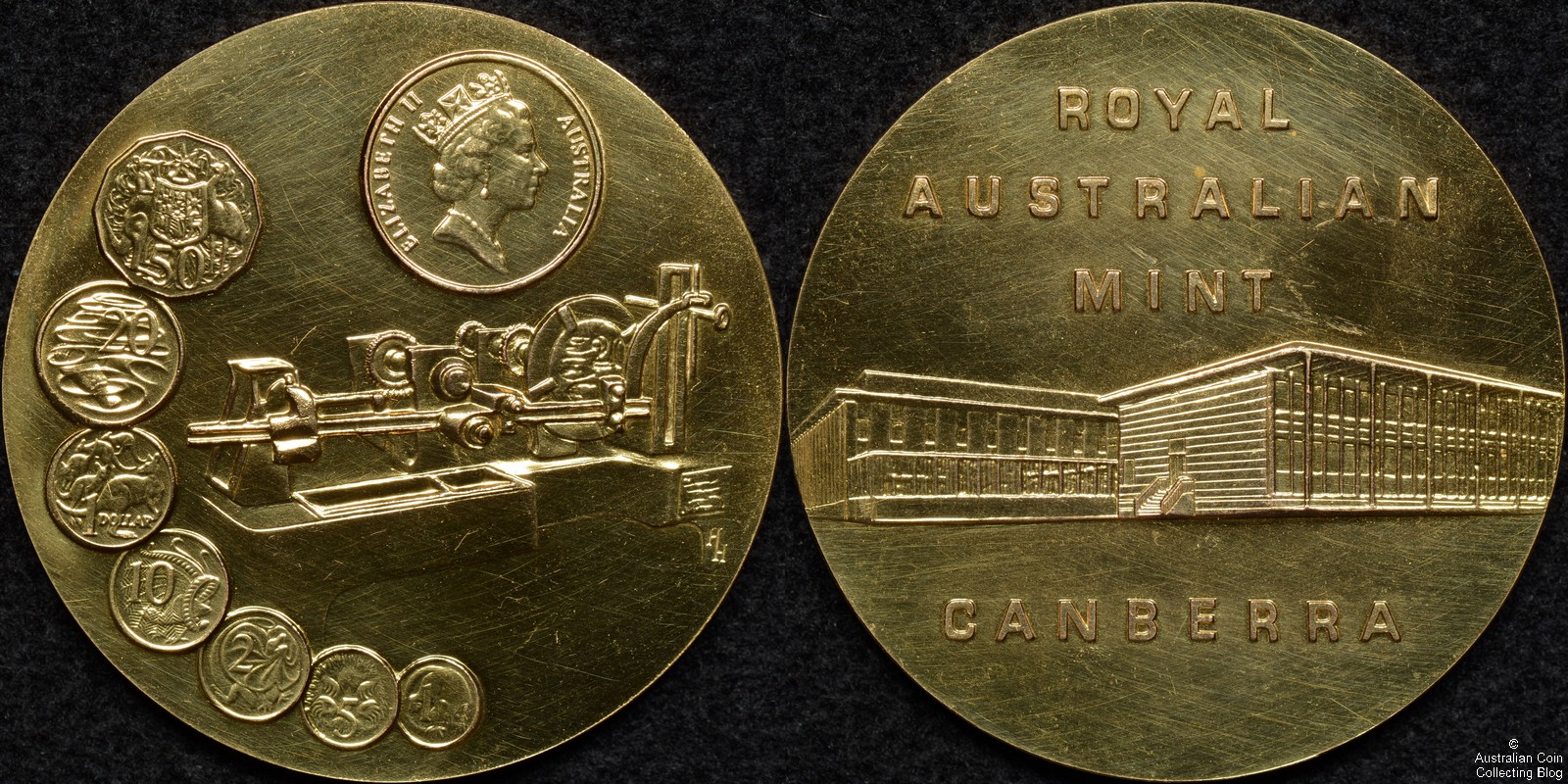