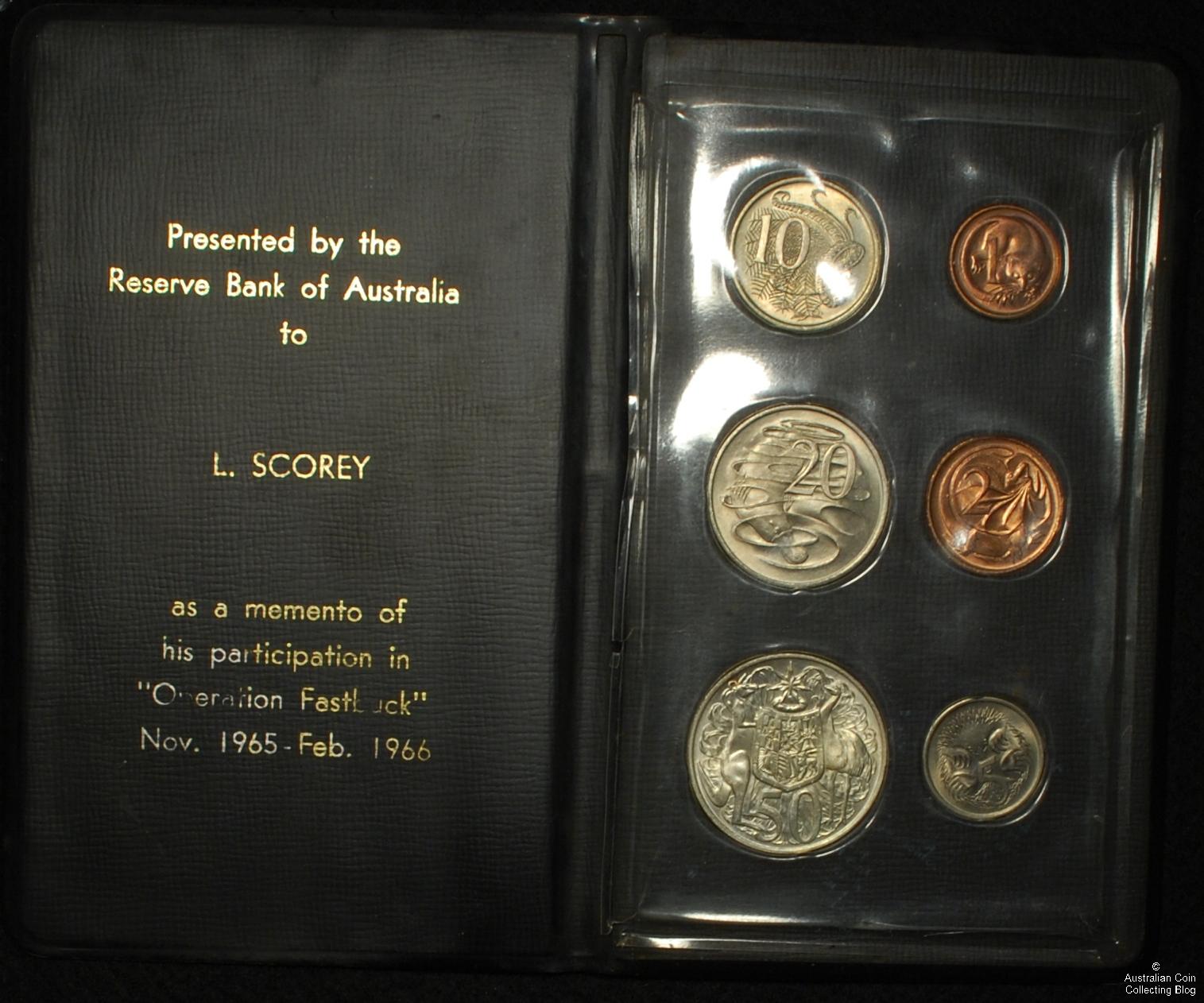 Inside the very rare Fastbuck Wallet

“Operation Fastbuck” was the name used for the safe delivery of decimal currency to the banks during the changeover from £/s/d to dollars and cents on February 14th 1966. 70 drivers were involved in the transfer of the new money in preparation for C-Day, the day Australia would start using the new currency.

These 70 drivers were presented with this special wallet embossed with their name as a thank you for their participation in the event. This is the rarest of the 1966 mint sets and is highly sought after by collectors. They very rarely come up for sale.

The pvc wallet is a dark green colour on the outside with the Reserve Bank of Australia (RBA) logo. Inside the 1966 uncirculated coins are housed in a hard plastic rectangular insert which is removable. The inscription on the black pvc folder reads “Presented by the Reserve Bank of Australia to L. Scorey as a memento of his participation in “Operation Fastbuck” Nov 1965- Feb 1966.

This particular wallet was issued to Les Scorey who has sinced passed away but his family have fond memories of these hard times when Mr Scorey was away from home for long periods tending to this most important event.

RIP Les, we salute your involvement in such a historical event in Australia’s history. 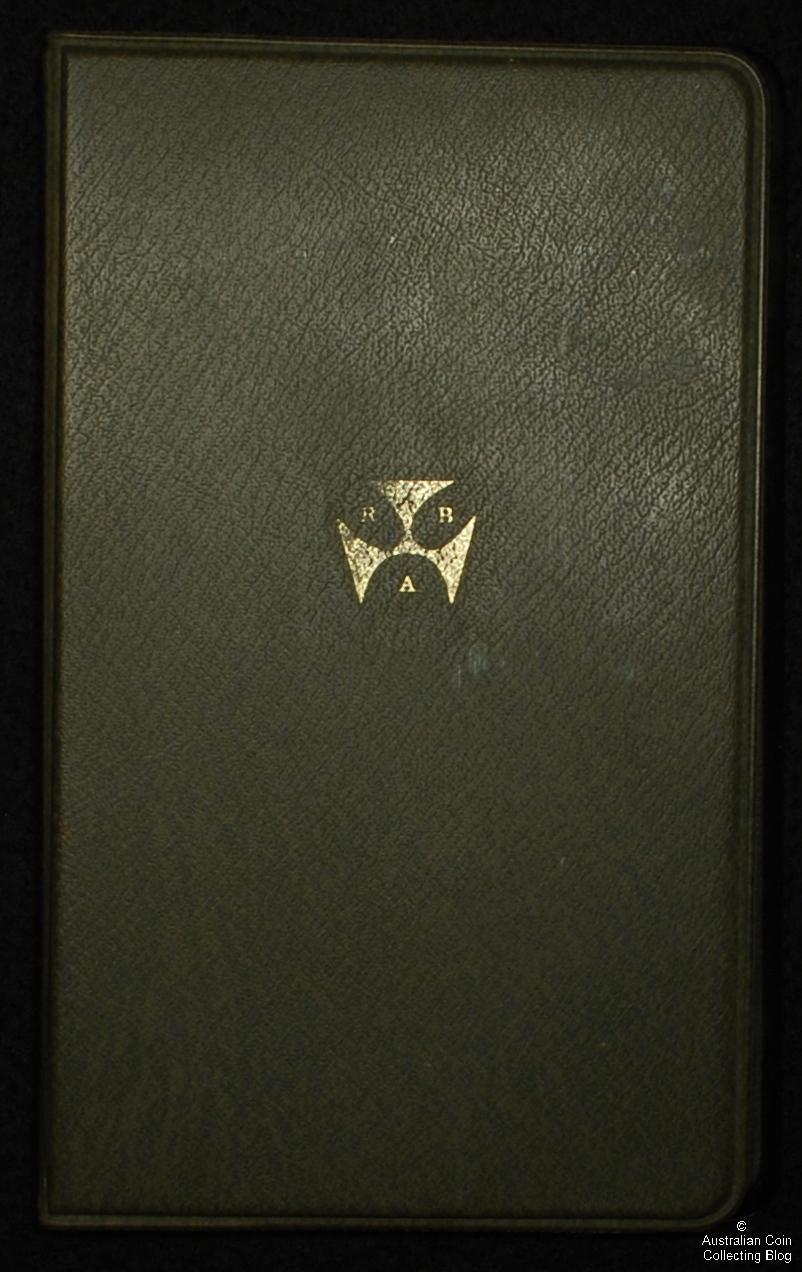