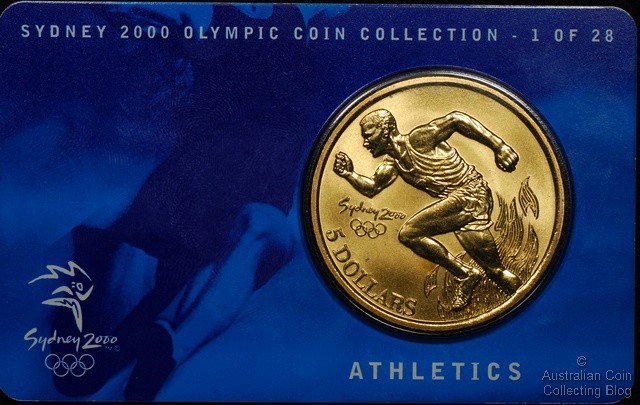 The Athletics coin features the Maklouf portrait of HM Queen Elizabeth II and is Australian legal tender for $5. It celebrates the heroes of nations that are made on the track and in the field of the Olympic Games. This includes the marathon which is considered the event that best encapsulates the Olympic spirit both ancient and modern.

Issued for $8.95 it is not certain how many of these coins were struck however it is likely in excess of 203,000 of the Athletics coin were minted. Struck in an alloy of copper, tin, aluminium and bronze more information of this coin and the other 27 in the series can be found in the master article Sydney 2000 Olympic Games $5 Coin Collection. 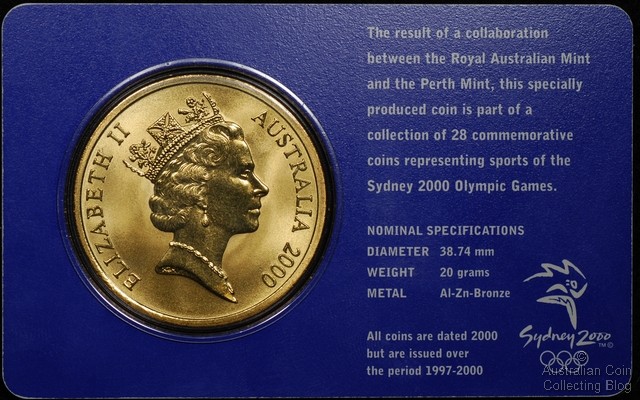