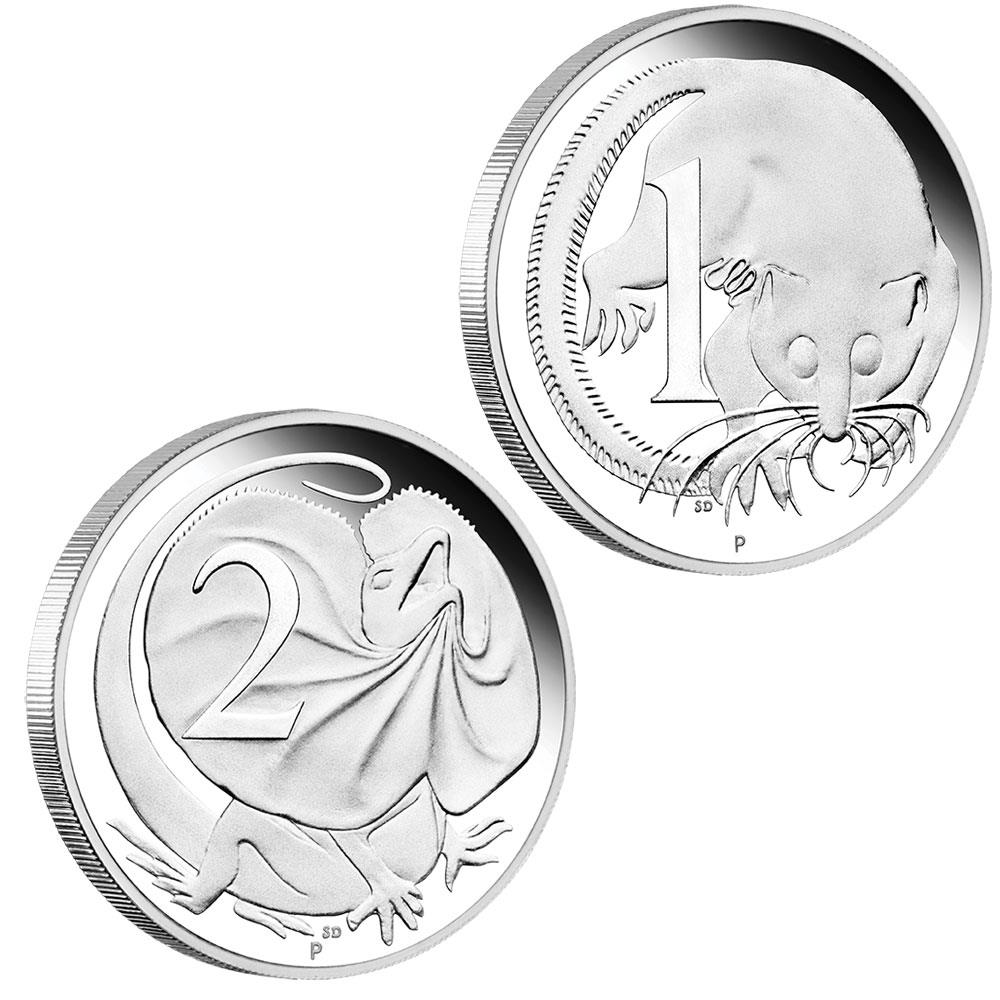 You’ve probably noticed by now that it’s 2016 and that means it’s 50 years since Decimal Currency was introduced to our wide brown land. Of course the two Australian mints are going to release a lot of collector coins to celebrate the event and seen above are two of them. It’s a four coin set issued by the Perth Mint that includes two proof one ounce 999 silver coins (with a face value of one dollar each) and a ridgy didge bronze 2 cent and 1 cent coin. The silver coins show the standard small (and vaguely odd looking) Ian Rank-Broadley portrait of the Queen seen on most Perth Mint coins. The reverse of the coins is where the real interest lays though, as those are the iconic Stuart Devlin sugar glider and frilled neck lizard designs seen on one and two cent coins from 1966. Below each design is a ‘P’ mintmark.

The Perth Mint is harking back to 1966 when it actually did mint 1c and 2c coins for that year but they were not so obvious with their mintmark, if you are interested you can read about the 1966 1c mintmarks here and the 1966 2c mint marks here. The designs certainly look spectacular on these big coins but there is one bit of weirdness, with the original denominations of “1” and “2” shown clearly within the animal designs despite the obverse noting the face value of $1 each.

The two coin set is available for purchase from the Perth Mint for $199 and has a limited mintage of 2000 sets. Of course the PM may well release the coin in some other packaging to get around that limit. Despite that we still think this is a neat looking set and it certainly is nice to see the old coin designs given a freshen up! There’s a really cool video of the coin being minted here.