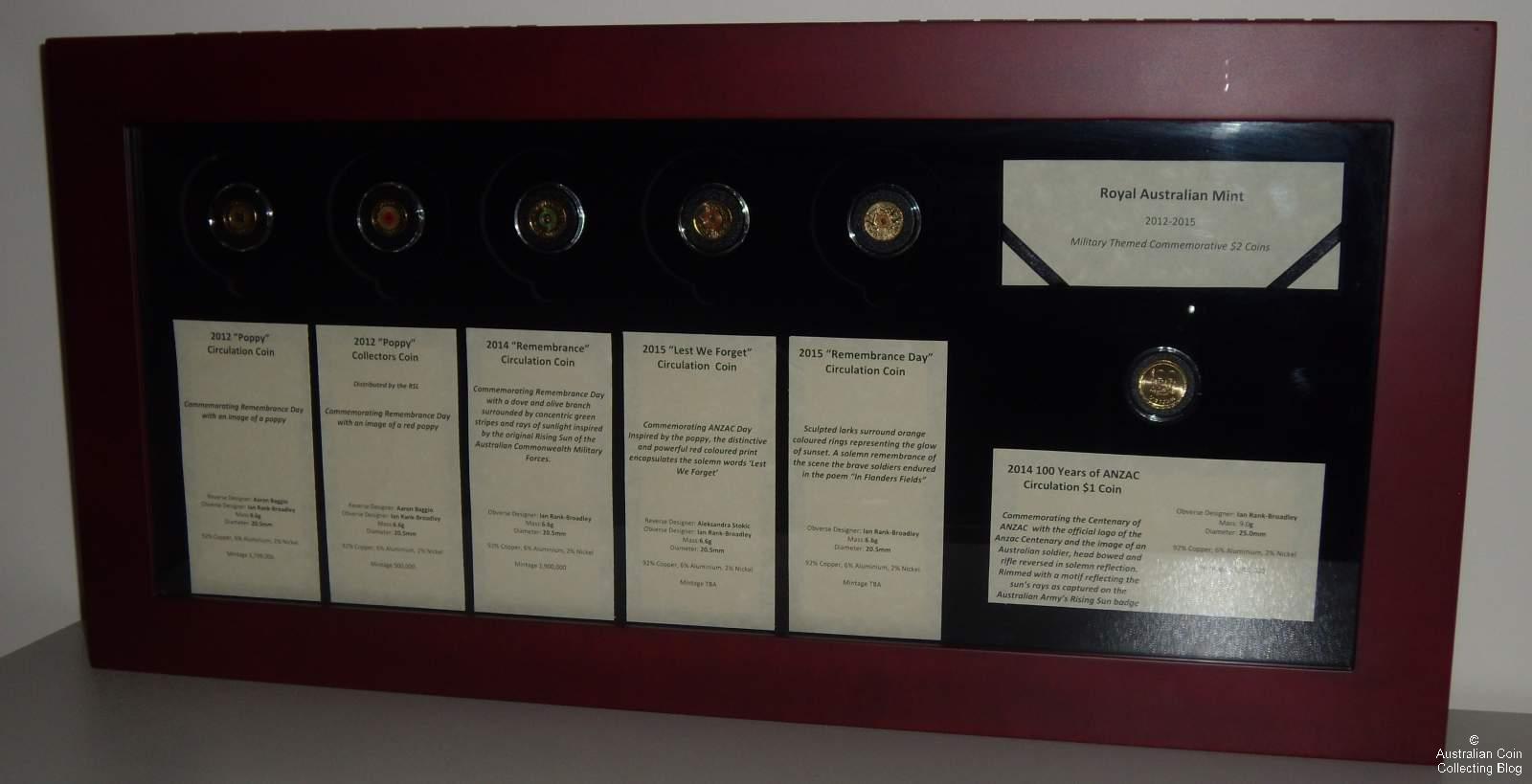 Collecting militaria is very popular and military themed coins are no different. Commemorating Remembrance Day, ANZAC Day and the 100th anniversary of World War I have been huge in recent years and quite a few Australian coins have been minted for circulation to remind us of those who served and those who lost their lives. The Royal Australian Mint has released a string of coloured commemorative 2 dollar coins and an ANZAC Centenary dollar coin with various year dates.

As a gift for a family member who has a military museum in Eastern Victoria I created this display to show off these themed coins. Housed in capsules are each $2 commemorative from the non-coloured 2012 poppy coin, 2012 red poppy, 2014 green Remembrance coin, red 2015 Lest We Forget ANZAC $2 and the 2015 orange “In Flanders Fields” Remembrance coin. Also on show is an example of the Centenary of ANZAC dollar coin issued for circulation from 2014 to 2018. Each coin is accompanied by an information card. The whole lot is displayed in a repurposed case that originally held the 2010 Heritage Set from the Canberra Mint.

Christmas morning was a big hit and the display now adorns the wall in the foyer of the house, not the museum. Apparently, so I’m told, it was “too good” to go out in the shed (aka museum)! 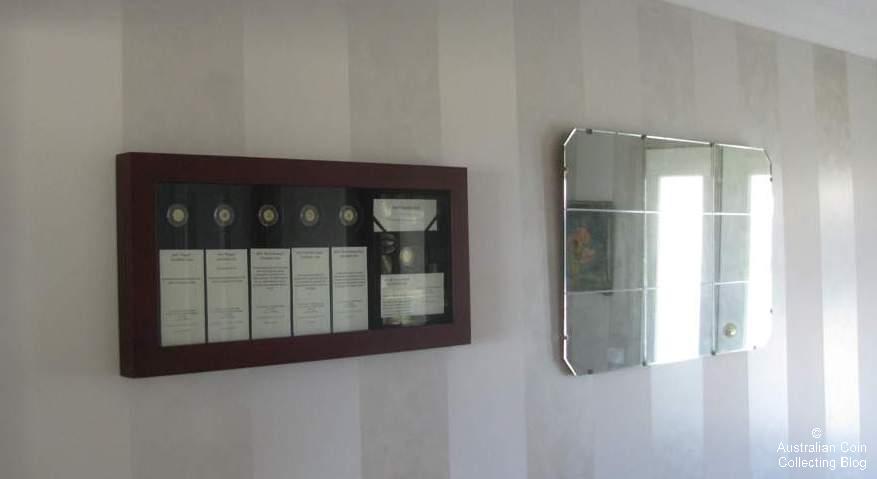 These values are updated hourly using New York market prices. Coin values are purely the value of the gold or silver they contain and do not account for any numismatic value.
Prices Last Updated: 19:04 22 Oct 2021