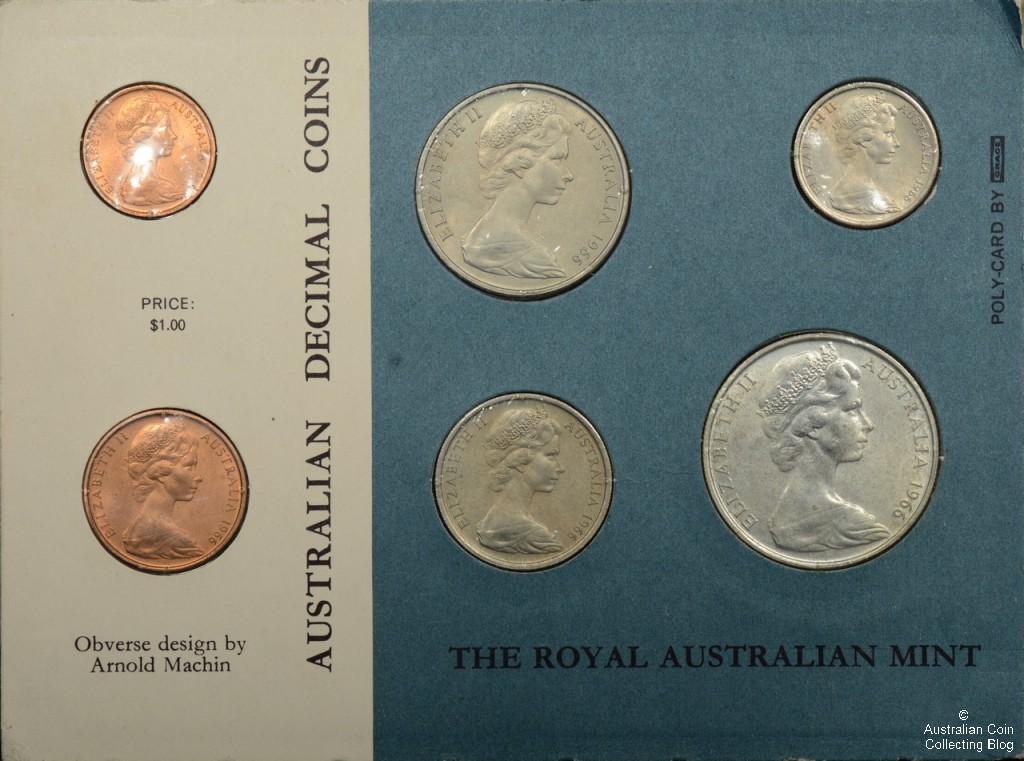 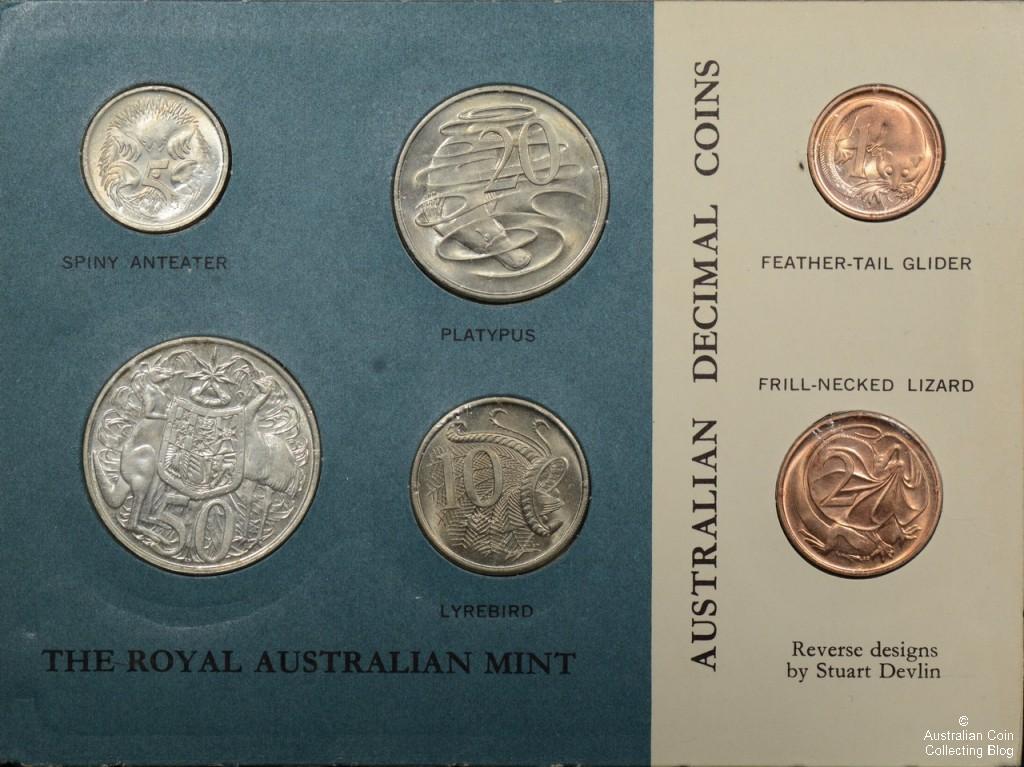 February 14th 1966 saw the introduction of decimal coins into circulation in Australia and for the first time the Royal Australian Mint made uncirculated grade coins in sets available to collectors and visitors to the mint. The very first of these sets were coins sealed in plastic and then sealed in a blue and white cardboard holder which was initially available only to visitors to the new Royal Australian Mint facility in Canberra. The sets included an example of each of the new decimal coins, the 80% silver round 50c coin, the cupro nickel 20c, 10c, and 5c and finally the bronze 2 and 1 cent coins. With a total face value of 88c these carded mint sets were available for just $1 (just a 14% markup), a far cry from the margins achieved with mint product sold these days (the 2010 mint set has a massive 679% markup)! 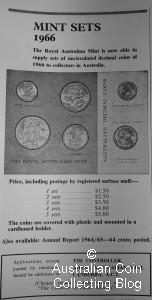 The new decimal coins all had a common obverse portrait of Queen Elizabeth II by Arnold Machin, while the reverses depicting typically Australian wildlife were all designed by Stuart Devlin.

As is normal for most numismatic collectables, condition is everything with regards to the value of these sets. Prices for these sets currently range from $40 or so for a poor set that is damaged or written on, up to $80+ for a pristine set with un-toned copper coins. It is quite common for these sets to be found stapled across the top and we’re not sure if this was done by the RAM at time of issue or later by collectors to stop the paper separating. Either way the stapling does have some effect on the value with the staples often rusting and staining the cardboard. Just recently we saw a lovely 1966 carded mint set sell at an auction in Canberra with the original RAM packing slip, this went for $140. This was the first time we’ve seen one come up for sale with the packing slip. You can see an image of a packing slip below (we’ve been lucky enough to secure a number of these sets with slips just in the last few days). 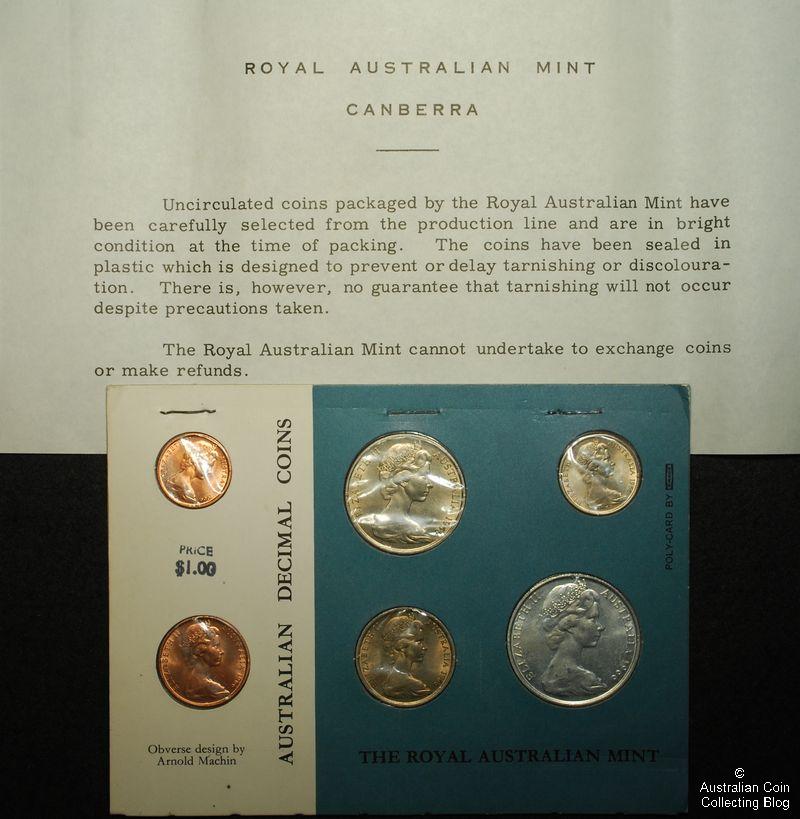 To have the original slip, an unstapled set with pristine coins in undamaged or non dog-eared cardboard is certainly a superior set to look out for, if you can find one!