The design for the Next Generation $10 was revealed today by the Reserve Bank of Australia. It will be released into circulation from September 2017 exactly one year after the Next Generation $5 note was also issued. This will be the second Australian banknote redesign in the series with the other denominations to follow.

The new ten dollar note will retain the same colour scheme and feature the same famous Australian writers Dame Mary Gilmore and AB ‘Banjo’ Paterson. A theme of the Next Generation notes is to include a different species of Australian native wattle and bird on each denomination. The new $10 will depict Bramble Wattle and the Sulphur-crested Cockatoo. It will also exhibit security and anti-counterfeiting features seen on the Next Generation 2016 $5 Note such as a clear window, the rolling colour effect, embossing, microtext and UV fluorescence. It’s also the first Australian banknote to depict the signature of the new Reserve Bank Governor Philip Lowe. 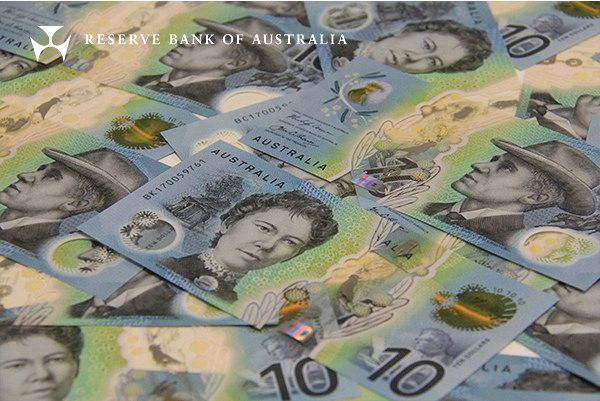