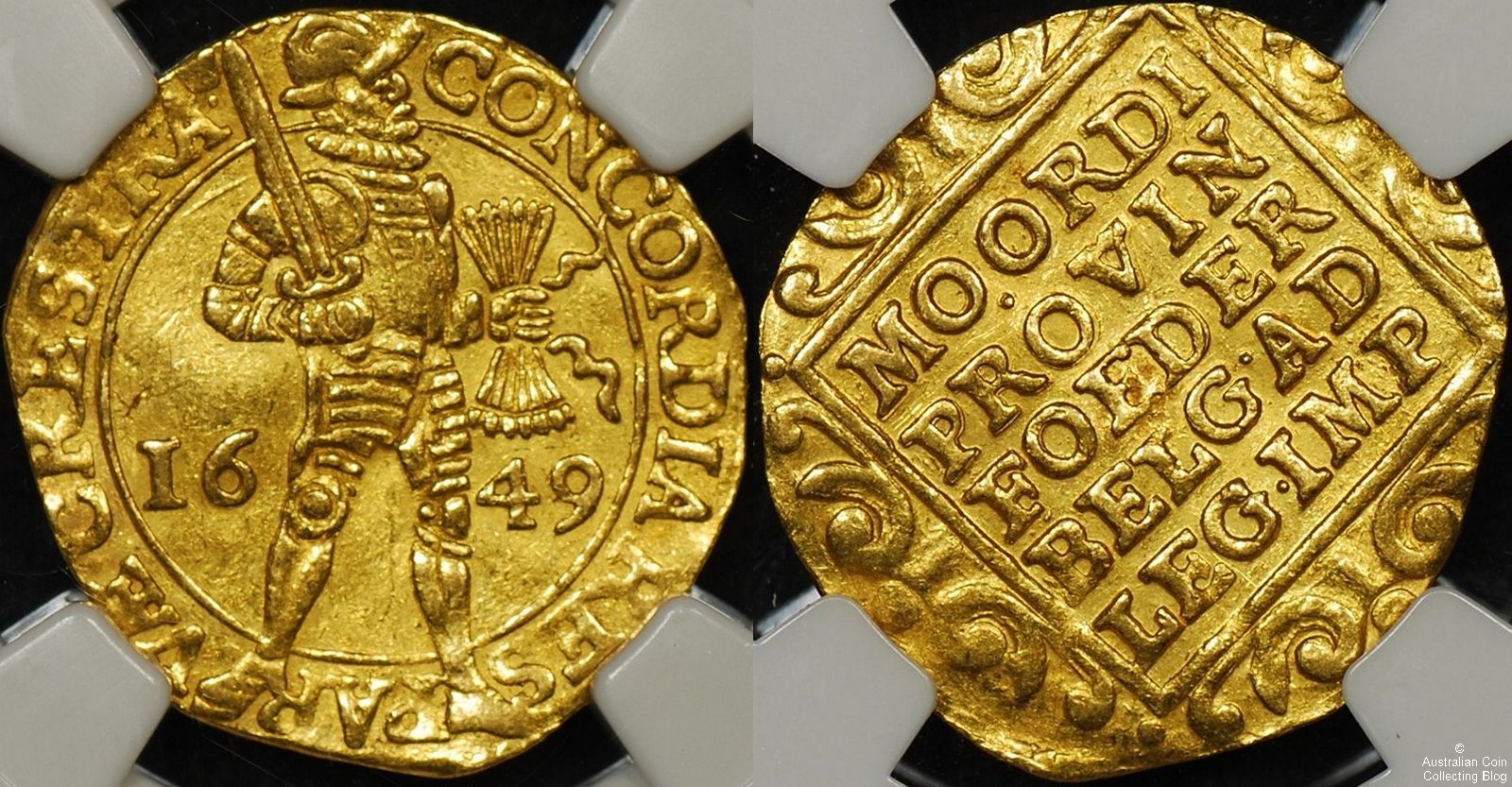 In my previous entry about Australian proclamation coins I mentioned the Gold Ducat of the Netherlands which was valued at 9 shillings and sixpence in the proclamation. A small 21.8mm coin minted from about 3.49g of 0.986 fine gold you can see an example of the 1649 proclamation ducat above. Ducats were an international trade coin of Europe that were first minted in Venice in the 13th century and first minted by the Dutch in 1589. Several European countries still mint ducats of the same size and gold content as have been minted for 500 years or more. The Dutch ducat is likely to have been named specifically by Governor King in the Proclamation of 1800 because of the proximity of the Dutch East Indies (now Indonesia) and the Dutch influence over the areas controlled by the British East India Company (such as in India and Ceylon). Because of these factors the Dutch ducat was likely to have been seen in some numbers in the new Colony of New South Wales.

The obverse depicts a knight facing right holding a bundle of arrows that symbolise the provinces of the Netherlands. The legend shows the mint (in the example above Holland), the year of issue, and the Latin motto CONCORDIA.RES PAR.CRES.HOL. This translates to “Through concord little things grow – Holland”.

The reverse of the Proclamation Netherlands ducat depicts a Latin motto within a border. The Latin reads MO.ORD PROVIN FOEDER BELG.AD LEG.IMP. This translates to “Money of the Provinces of the Belgian Federation according to the law of the Empire”.

The Netherlands gold ducat can be a harder coin to add to your proclamation coin collection. In mint state they can cost upwards of $1,000 even for common dated coins. Also, because they were a true trade coin they are often found well worn or bent showing the hard life they had to lead. All that being said, they are not particularly scarce and honest mid grade examples (VF or EF) are quite affordable and obtainable. When looking for a Proclamation Ducat look for a coin with good original lustre and a straight flan. 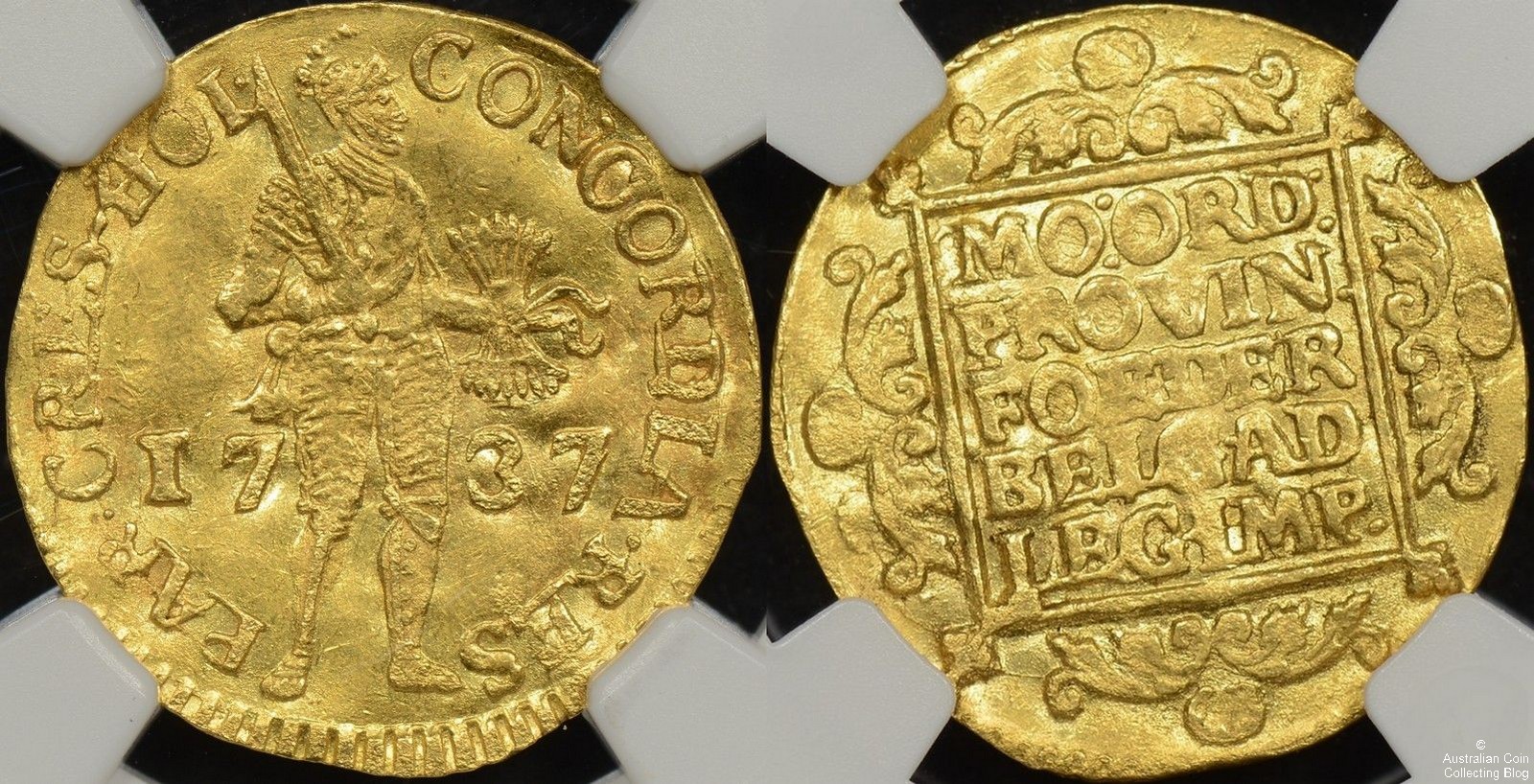