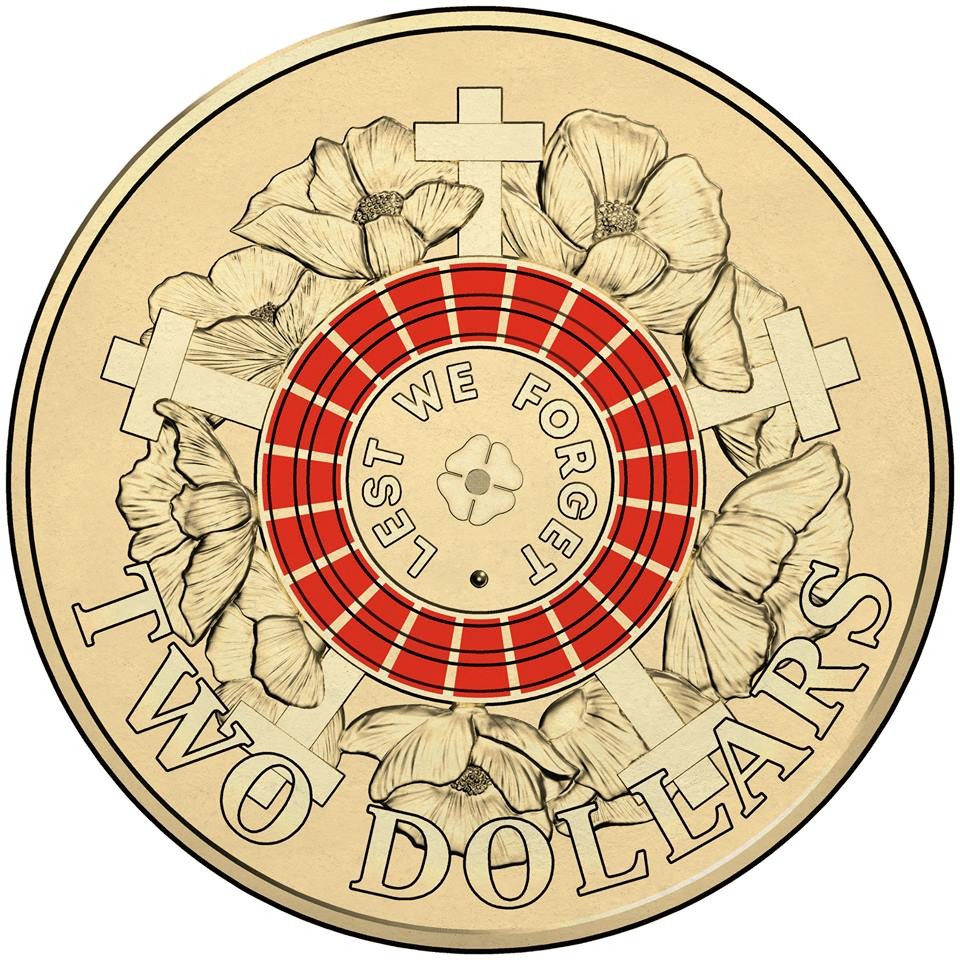 The Royal Australian Mint announced last week that they’d be moving one of their portable presses into a public area of the mint and applying a poppy counterstamp to 2015 $2 circulation Lest We Forget coins. These $2 coins with the red ring on the reverse have been extremely popular among collectors and for just $10 visitors to the mint from the 9th to the 11th of October could purchase one of the coins with a poppy symbol stamped into the center of the reverse. Interested collectors could press the button on the portable press themselves, or for those in a hurry purchase the coins already counterstamped. You can see what the counterstamped poppy two dollar coin looks like above. The coin is supplied in a plastic capsule in a printed information card (see the image at the bottom of this post). We’ve heard rumours of quotas of 1000 coins per day (meaning a mintage of 3,000) but the packaging of the coin says the mintage of the coin is 30,000. We’ll only really know for certain when the RAM annual reports are released. One suspects that given the packaging states the mintage is 30,000 and the RAM isn’t likely to sell that many at the mint in 3 days that we could see the coin for sale via other channels, likely via dealer allocations or other events held in the upcoming weeks. Check your favourite coin dealer website or the RAM website in the days and weeks to come.

Given that the red 2015 $2 coin has been super popular and this counterstamp coin is only available in Canberra to visitors to the RAM AND it was only announced a couple of days before release we expected this coin to generate something of a feeding frenzy among collectors. Clearly the RAM thought the same, when the queue was long they restricted purchasers to counterstamping only two coins at a time (but you could obviously queue back up to get two more and so on). According to the RAM Facebook page they restricted customers to purchasing 10 of the pre-counterstamped coins at a time. The secondary market for the coin has already kicked off with a quick look at eBay showing that these coins are now selling for between $20-$30. As always we suggest collectors give things a few weeks to settle before they look to purchase these coins as typically prices spike early before settling to a more sensible level. 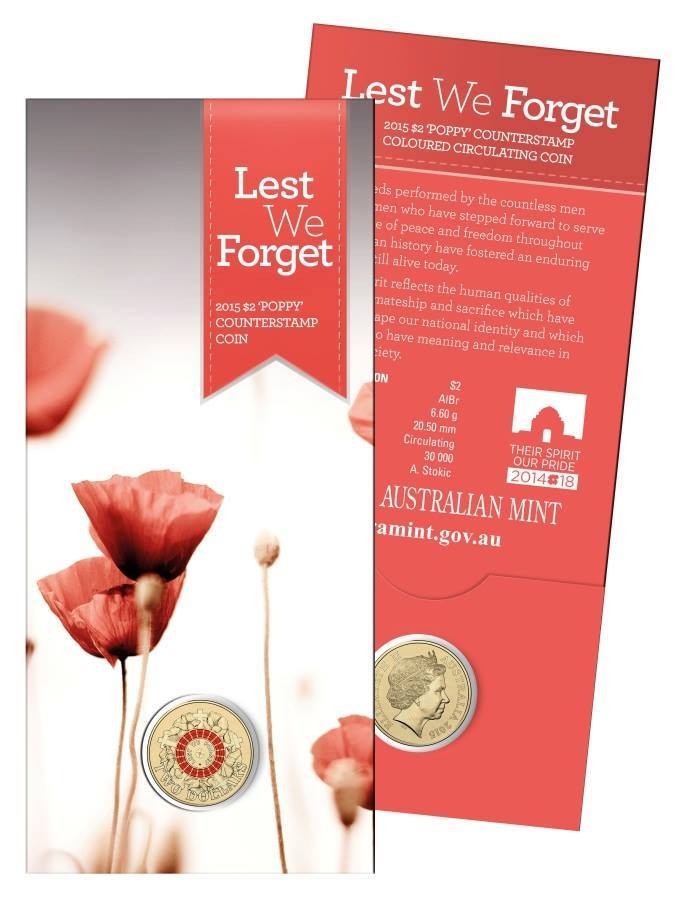