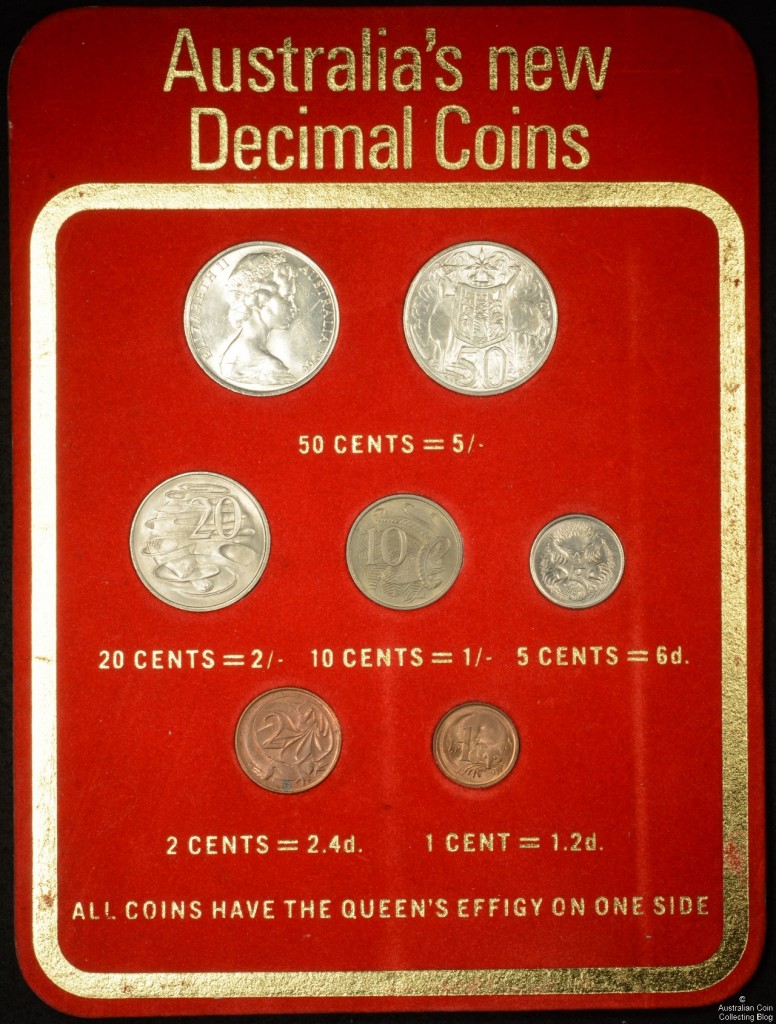 At the changeover to decimal currency on February 14th 1966 the Decimal Currency Board provided all sorts of advertising and educational information to people, banks, businesses about how to cope with and use the new currency to ensure a smooth rollout of the new coins and notes and increase it’s acceptance by the public. One such item is this red flocked display board with gold trim “Australia’s new Decimal Coins”. These boards which are made of cardboard and have a stand that pulls out on the back were distributed by the Decimal Currency Board which was a government body setup to ensure a smooth change to decimal currency. 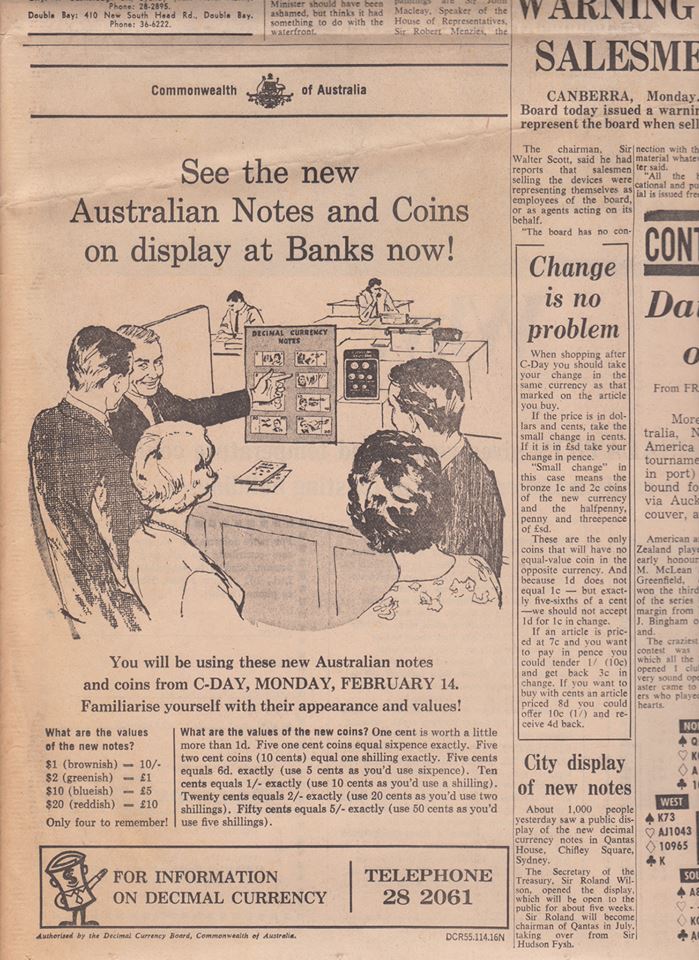 Newspaper ad from the Decimal Currency Board

The bright red velour-like display stood on bank counters to show the public what the new coins looked like and what the conversion was from the old money. Each had a cut-out that held two 50c, one facing obverse out showing the new Queen’s portrait design that was on all the coins and the other side with the Coat of Arms on the first 50c that was the round shape. Then each denomination was shown and its conversion from shillings and pence, the 20c platypus 20 cents = 2/- (2 shillings or florin), 10c lyrebird 10 cents = 1/- (shilling), 5c echidna 5 cents = 6d (sixpence), 2c frilled-lizard 2 cents = 2.4d (2.4 pennies or pence) and 1c feather-tailed glider 1 cent = 1.2d (1.2 pennies or pence). 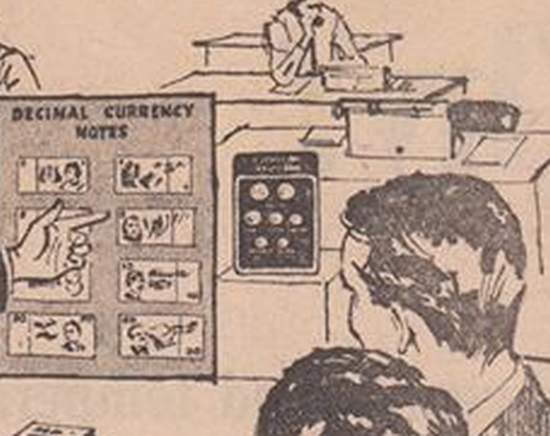