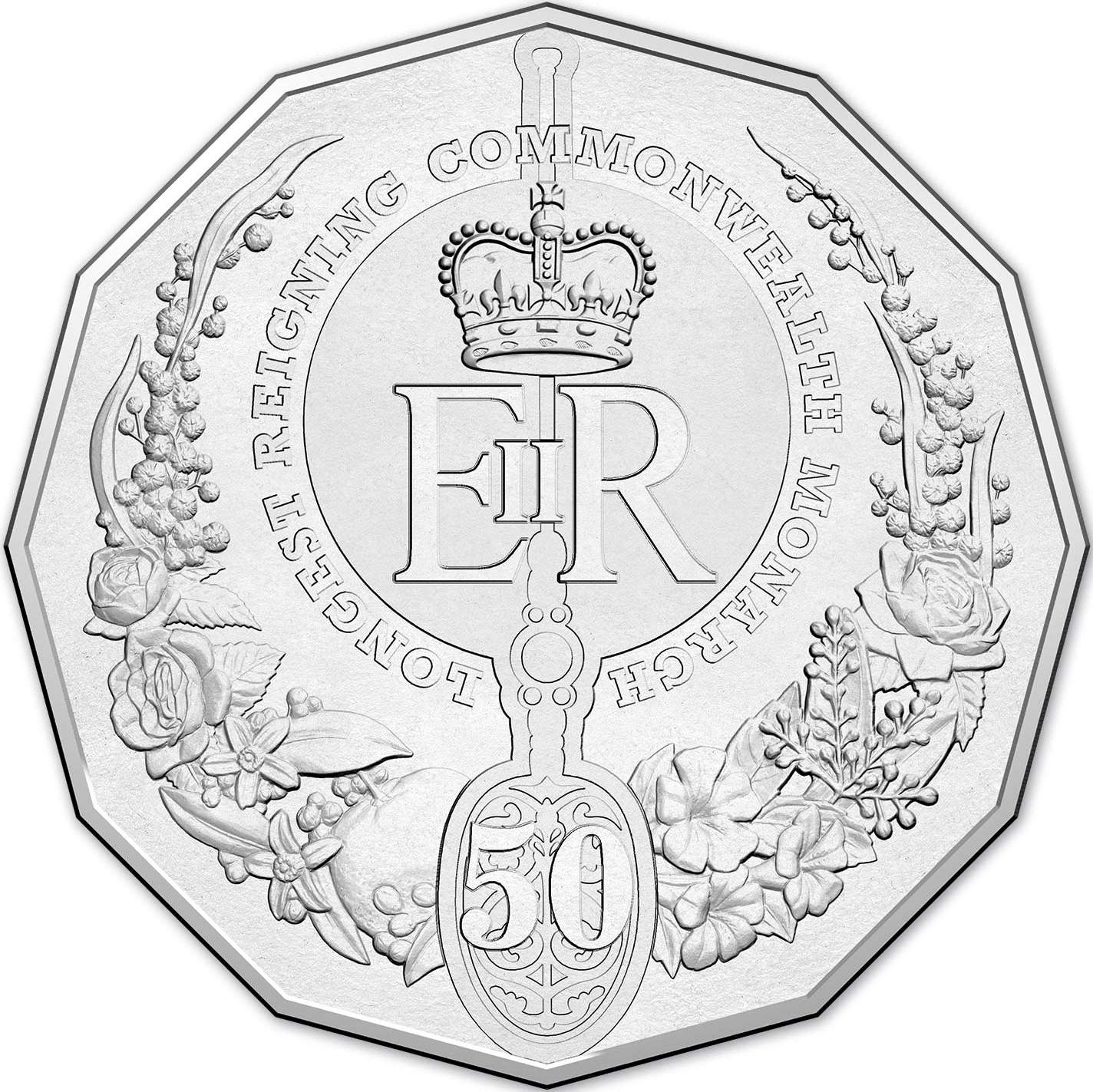 September ninth brings a special milestone in the history of the British monarchy. On this date Queen Elizabeth II will surpass Queen Victoria as the longest reigning monarch of 63 years and 216 days. As part of the British Commonwealth Australia celebrates this event with a commemorative coin design being depicted on a non-circulating 50c and on a $5 coin. The design by the Royal Australian Mint’s Bronwyn King features Her Majesty’s Royal insignia and Australia’s golden wattle. In the centre facing vertically is a depiction of the anointing spoon used at the Queen’s Coronation in 1953 in which an oil was used of neroli, jasmine, rose, cinnamon, benzoin, musk, civet and ambergris with some of those flowers also depicted in the design.

This design is being struck on a dodecagonal NCLT cupro-nickel 50 cent and also a $5 one ounce round silver proof coin. The fine silver proof is also included in a three coin set with a £5 from the British Royal Mint and a $20 from the Royal Canadian Mint who have also struck commemorative designs for the occasion.