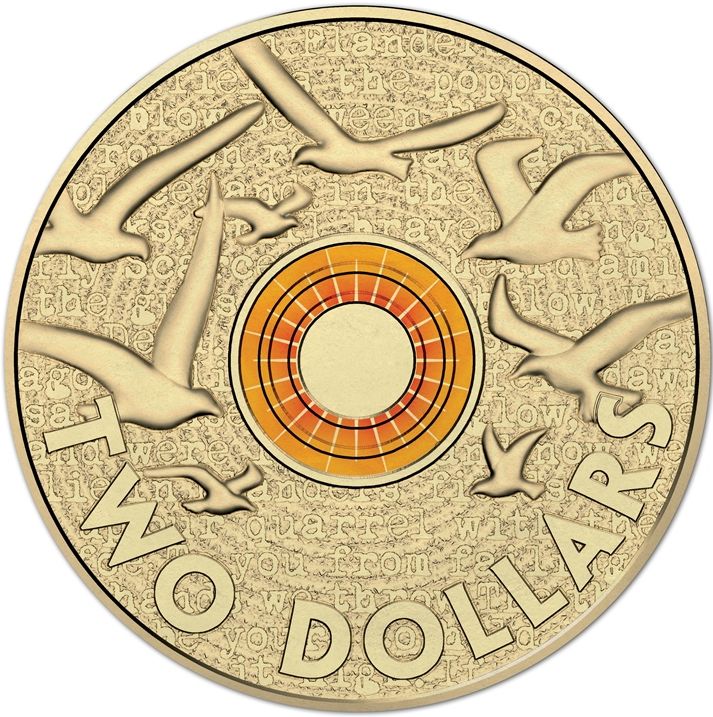 Last month a new currency determination was handed down in the Australian Parliament and it included provision for a new coloured $2 coin. You can see the currency determination here. This time the coin is going to include “a pattern of orange coloured stripes, wherein the stripes are superimposed on 3 concentric circles”. According to the determination there’s going to be a bird in flight on the reverse (perhaps a peace dove) and behind the stripes and the bird some of the words to John McCrae’s poem, “In Flander’s Fields”. You can read the full poem and some background to the author and the poem on this interesting site about World War 1.

We’ve heard through back channels that these coins will be distributed as rolls through dealers. Perhaps the RAM is attempting to fix up the distribution problems that so vexed collectors when the 2015 Lest We Forget $2 coin was released. We’ve also heard that the pictures of the coin will be available on the 25th of October when a media embargo is lifted. Stay tuned for more news!