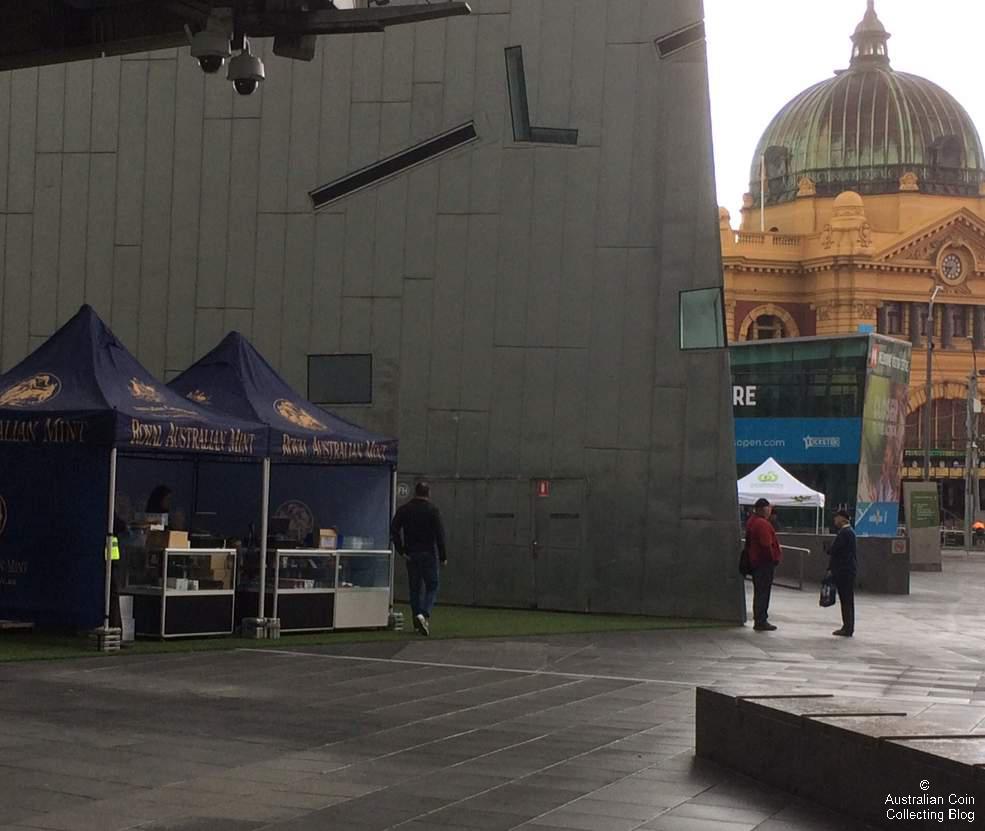 January 26th and the Royal Australian Mint popped-up a shop under the Urban Amphitheatre in Federation Square in the heart of Melbourne. It was open from 9 until 5 for the one day only and the mobile press was NOT present on the day. Under the blue tent you could swap your daggy circulation pocketchange for shiny new coins of 2015 with each denomination in the set and the commemorative 2015 ANZAC dollar. Our ever reliable Melbourne based source was at the scene along with some distinguished characters. Here’s what he had to say.

I was there quite early and met a couple of guys who had driven all the way from Geelong just to pick up the new coins. Queuing started early around 8:20am for the scheduled 9:00am opening. By the time they opened, after a few technical hitches with their tills and a leaking tent, it was 9:20am and a sizable queue had formed, with inquisitive on-lookers joining the line. Everyone seemed to be there for the swap, at least initially, with no-one buying any of NCLT items that were available. There were also a number of cosplayers in the area (as noted by the Stormtrooper in one of the photos) and I can confirm that Star-Lord, Groot and Batman himself were seen walking past, which added colour to the proceedings on a gloomy wet Melbourne day.

The Mint initially imposed a $50 limit, but I’m not sure how long that remained in effect, and I also know people were able to re-queue. The set consisted of 5, 10, 20 and 50 cent pieces, the Mob of Roos and 100 Years of ANZAC commemorative dollars and the $2. On examination I did notice that both the 20c pieces I picked up had the same discolouration mark at the base of the Queen’s neck. I’ll need to check more closely when I get home, but I have a feeling we may have a variety on our hands… 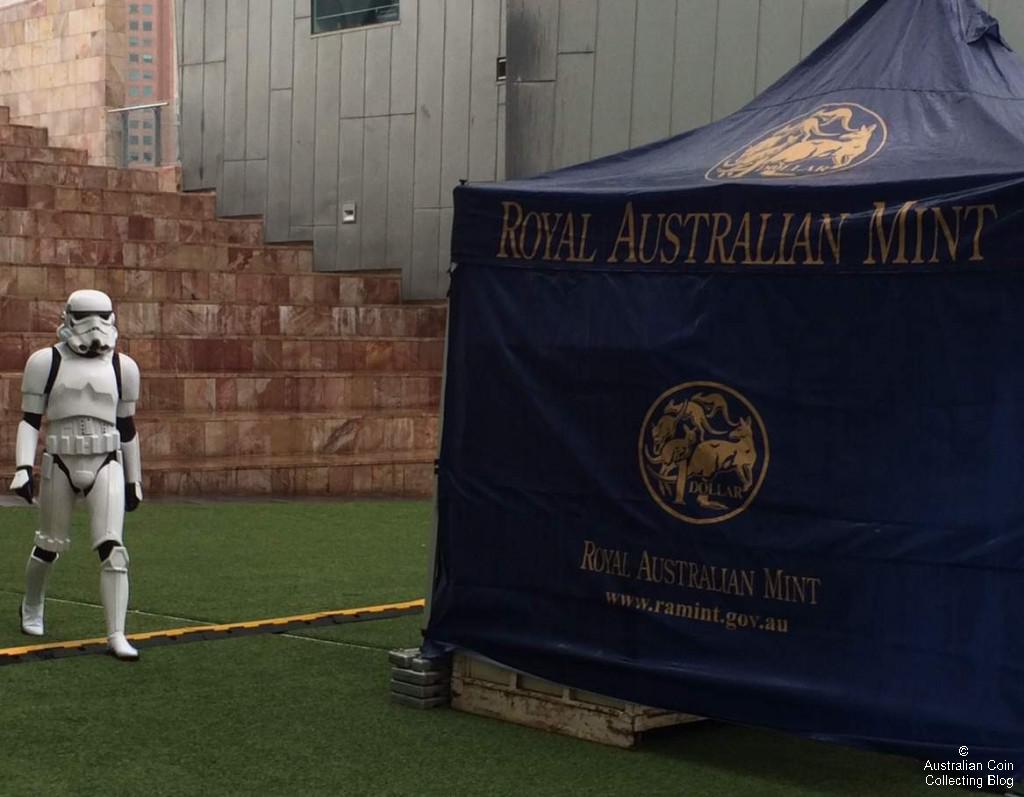 These were not the coins he was looking for.