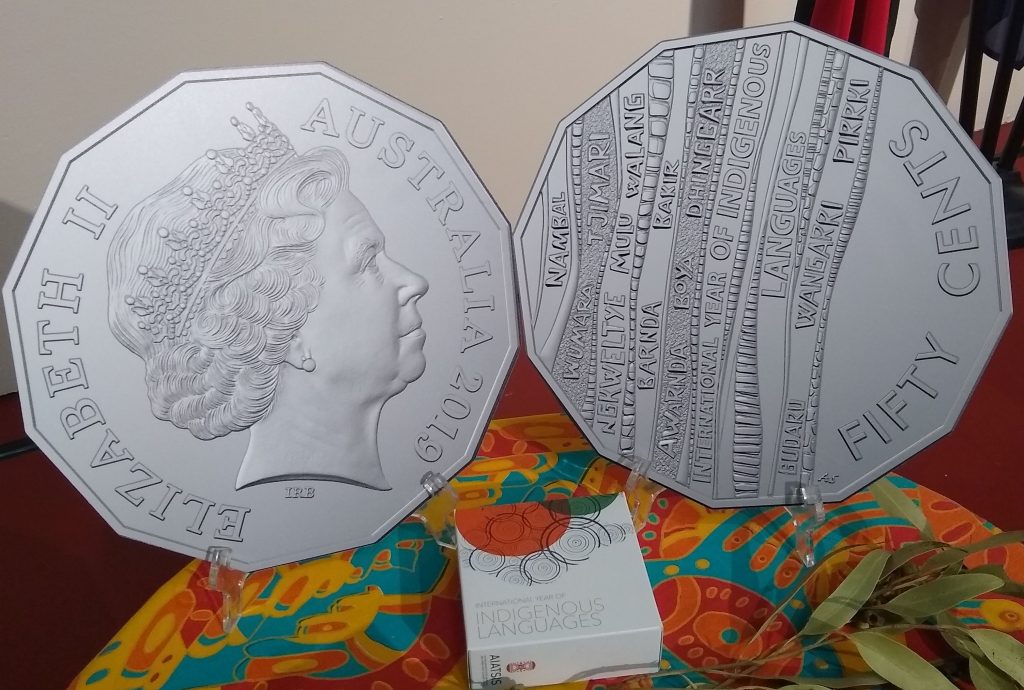 Today in the Tandanya National Aboriginal Cultural Institute in the centre of Adelaide I was invited to attend the launch of this hot off the press commemorative 50 cent coin. This coin struck by the Royal Australian Mint celebrates 2019 as the International Year of Indigenous Languages and this Australian coin design incorporates 14 different translations of the word coin or money in the indigenous languages spoken by these groups around the country. Designed by the Mints own Aleksandra Stokic the 50 cent can be found in circulation, can be purchased in frosted unc in a card or fine silver proof. The obverse features the IRB (Ian Rank-Broadley) portrait of the Queen. 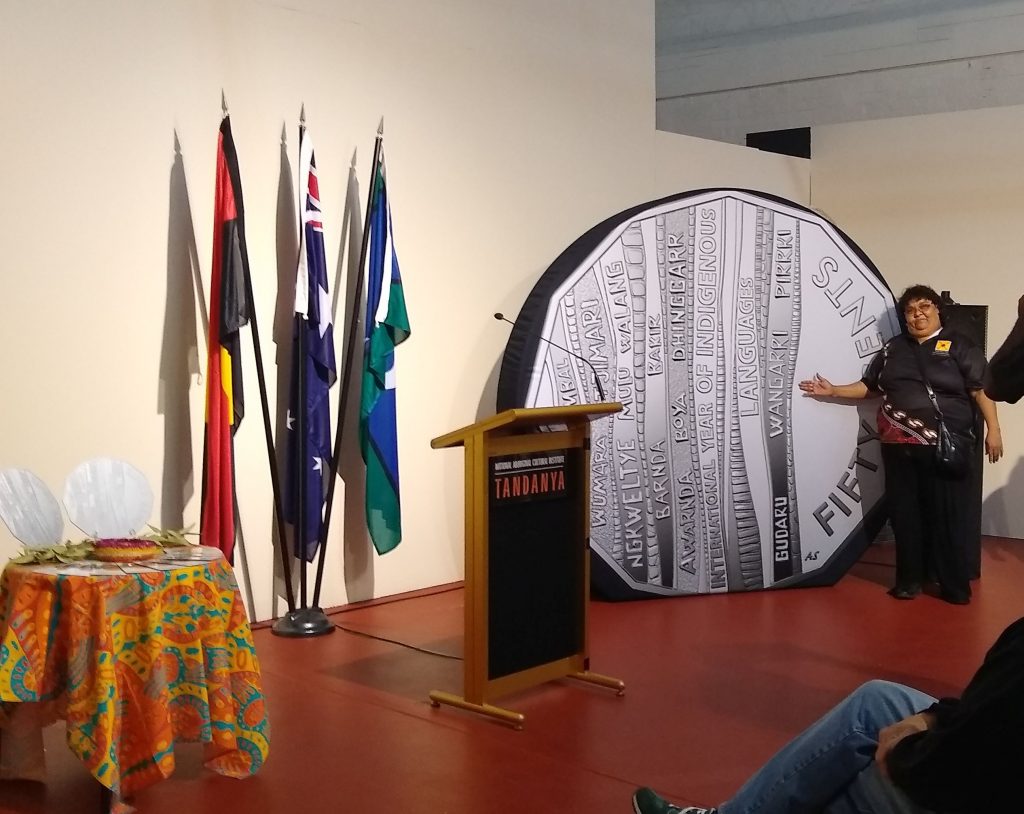 Unveiling the coin is probably not the right word as Mint CEO Ross MacDiarmid announced the new release speaking next to a giant 50 cent piece -quite the centrepiece and a bit too hard to hide. The highlight was local Kaurna man Jack Buckskin who spoke with his gorgeous children by his side just a little too starstruck to dance. We clapped the entertainment just the same. Jacks boys were sweethearts. Opening our eyes to the broad and diverse languages was speaker Professor Jaky Troy, a Ngarigu woman from the Snowy Mountains where I myself grew up. Being a UNESCO declared year of Indigenous Languages chair of this steering committee and AIATSIS (Australian Institute of Aboriginal and Torres Strait Islander Studies) CEO Craig Ritchie also spoke today. Following the formalities was a delicious offering of finger sandwiches and delightful sweet snacks next to the gallery we could then browse. 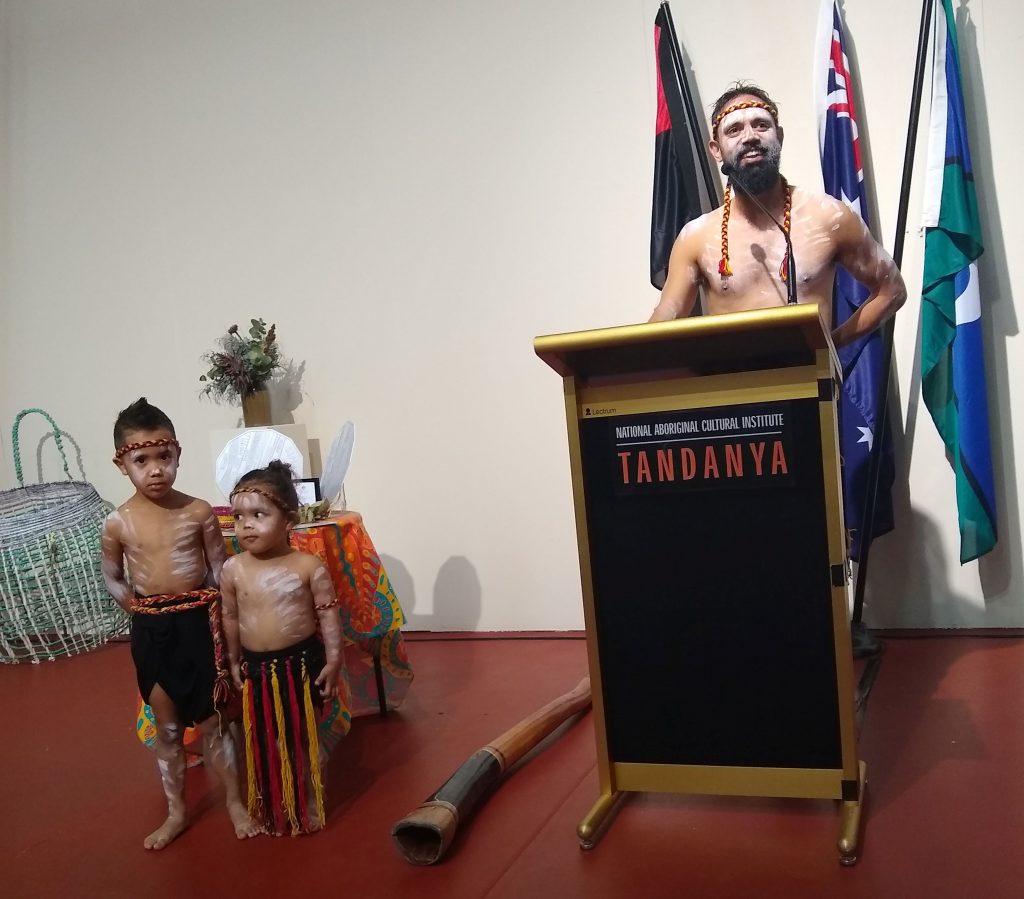 “Welcome to Country” by Kaurna man, Jack Buckskin and the Kuma Kaaru Dancers