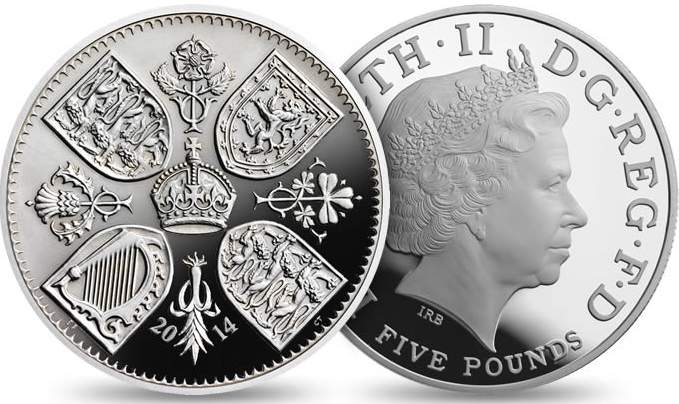 Baby Prince George is celebrating his 1st birthday and for the occasion a commemorative £5 crown coin has been released by the Royal Mint in London. First born son of Prince William and Kate young HRH Prince George of Cambridge turns one on July 22nd 2014. We know this isn’t an Australian coin but having such close ties with the monarchy and just off a Royal Tour and visit by Baby George with his parents William and Kate in May this year Australia has certainly been hit by the Royal bug.

The new coin bears the modern twist on the traditional Royal Arms in stunning sterling silver by Edgar Fuller. This design was created for Prince George’s Gramdmother, Queen Elizabeth II and was struck onto the 1953 crown issued to celebrate the coronation (see below figure 1). It’s the cruciform or cross-like version of the Royal Arms, a traditional design with a modern twist featuring four shields (2 of) England, Scotland and Ireland around an emblematic cross made from a shamrock, thistle, leek and rose around a central crown. This Royal Arms was also struck onto a British 5 shilling Crown in 1960 (see below figure 2).

The first birthday of Prince George coin has a limited mintage of just 7,500 and is already sold out at the Royal Mint proving the little fellow, third in line to the British throne is hugely popular. Struck in proof (.925) sterling silver the £5 crown weighs 28.28 grams and is a large 38.61 millimeters in diameter with a milled edge. Issue price is £80 but I wouldn’t expect to pick one up for that price now the Royal Mint has sold out. 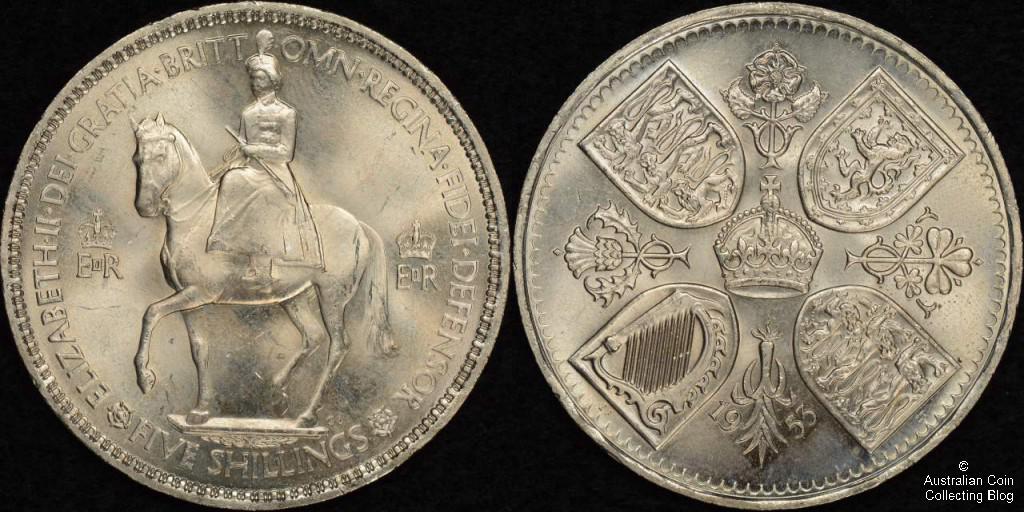