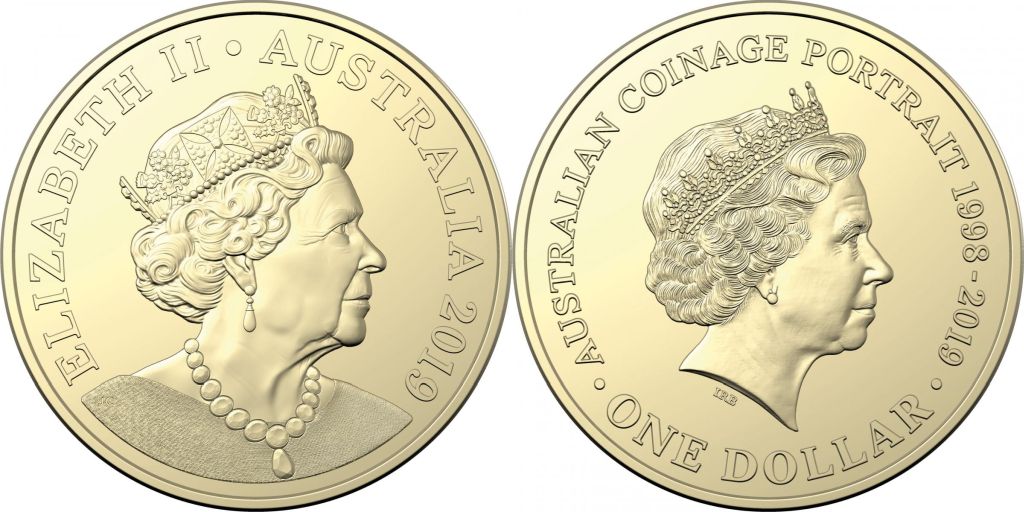 The Governor-General is Australia’s representative for Queen Elizabeth II and this position is currently held by Sir Peter Cosgrove*. Today the Governor-General unveiled a new dollar coin, the first to bear the official 2019 Jody Clark portrait of the Queen. The new effigy of the Queen will feature on new Australian coins from 2019 including those in circulation.

This new dollar coin released today has the Ian Rank-Broadley effigy of the Queen on the reverse celebrating this portrait used from 1998 to 2019, the obverse reveals the new Jody Clark effigy -the sixth portrait. This particular coin is a collector release not for circulation, no doubt it would be confusing to some if received in change but definitely a winner to call heads in a coin flip.

Australia’s new effigy of the Queen designed by Mr Jody Clark is a modified version of that used on UK coinage since 2015. To be used in all countries of the Commonwealth this portrait includes Her Majesty’s shoulders and features the Victorian coronation necklace.

“The Sixth Effigy” coin is struck by the Royal Australian Mint in limited numbers, 30,000 in uncirculated aluminium bronze, and 5,000 in fine silver proof.

*His Excellency General the Honourable Sir Peter John Cosgrove, Principal Knight and Chancellor of the Order of Australia, Military Cross, Governor-General of the Commonwealth of Australia.