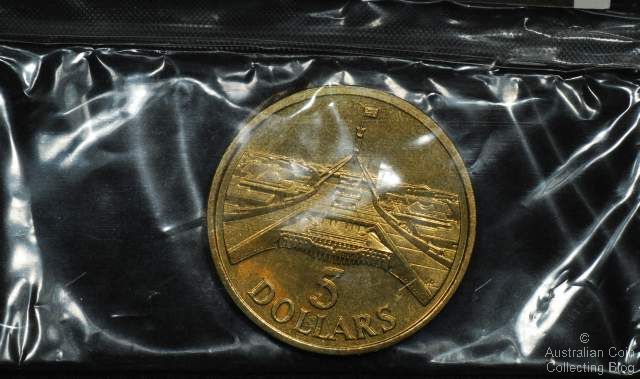 Three million of these uncirculated aluminium bronze 5 dollar coins were commissioned and distributed by the Commonwealth Bank at face value in 1988 in celebration of the opening of New Parliament House. They were issued in 2 types of similar packaging, a sealed cellophane type (seen here) and a pvc flip. Because they were so easy to obtain from your local Commonwealth Bank branch and quite special at the time these were collected and talked about sparking interest in collecting that has spanned decades.

Quite sadly though these 1988 Parliament House $5 coins were never a good long term investment on your 5 dollar outlay with the recommendation today is that you take your coin to the bank and redeem your $5 face value back. 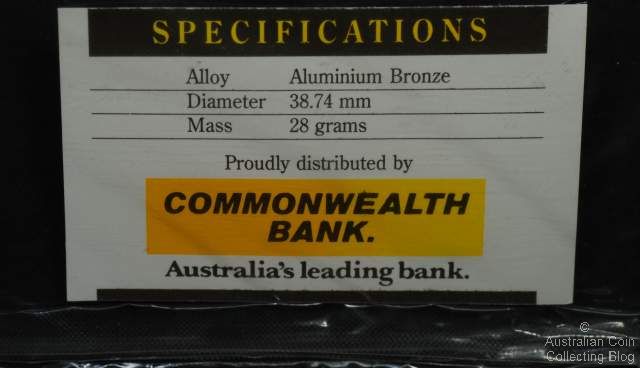