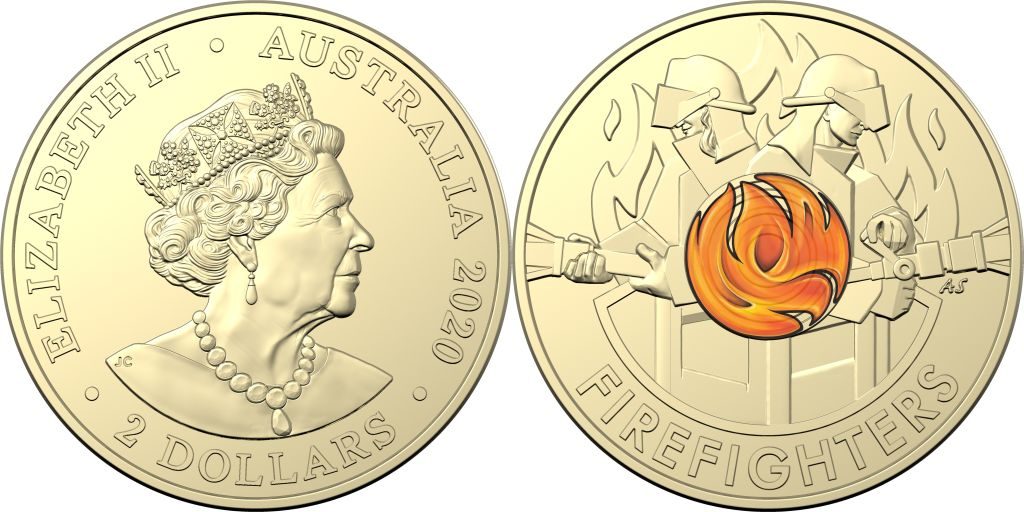 The brave firefighters protecting us from danger have been honoured in a special orange flame coloured $2 coin struck at the Royal Australian Mint. Two million of these coins have hit circulation to be found in change. A central coloured fireball sits afront two stylised firefighter figures, the left a female and male on the right standing back to back. The coin you might find in change is seen above.

The reverse is designed by Mint designer Aleksandra Stokic and features her AS initials. The obverse of the coin depicts the newest portrait of the Queen by Jody Clark with his initials JC.

The circulating coin has also been released in collector packaging by the Mint. The coin (in uncirculated condition) is housed in a capsule that presses into a small credit card sized presentation card. RRP of the coin in this pack is $10 and there is no limits on this packaging type. 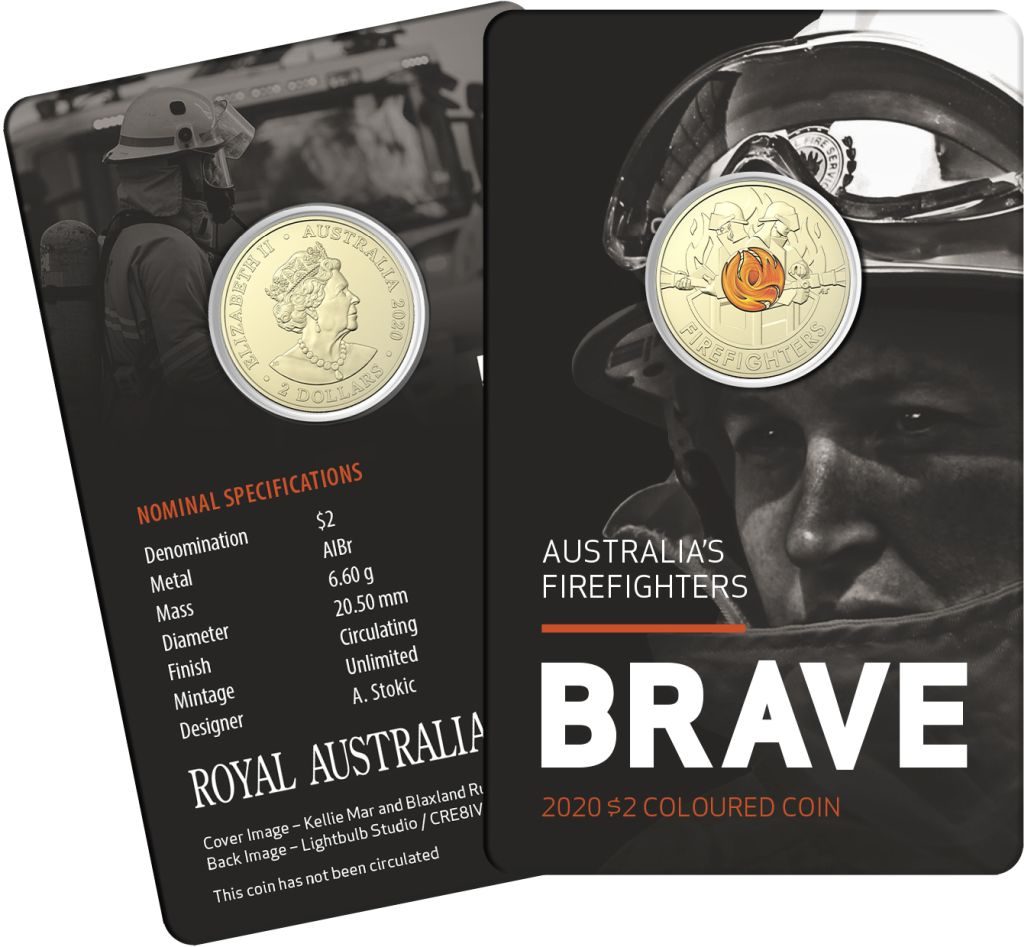 As well as the circulating coin this commemorative firefighter reverse design has also been issued in collector packaging with a ‘C’ mintmark. This is a small C seen above the hose of the female firie. See below. 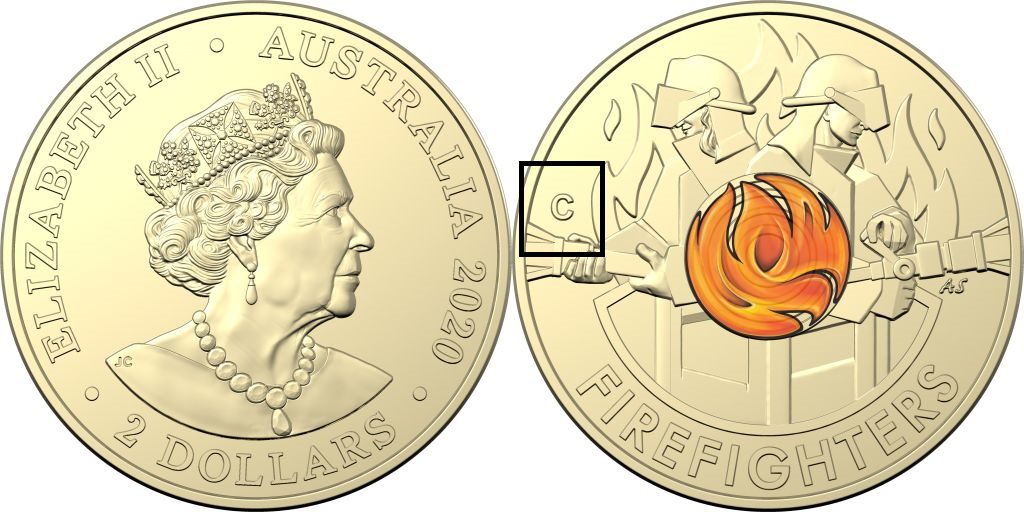 The BRAVE firefighters ‘C’ mintmark coin is housed in the same collector packaging as the non-mintmarked coin but the card is much much larger in size. The ‘C’ mintmark has a limited mintage of 40,000 coins struck by the Mint. RRP for this issue is $15. General Manager at the Royal Australian Mint Mark Cartwright announced that $125,000 from the proceeds of the sale of the collector coins will go to fire and emergency service organisations across the country. 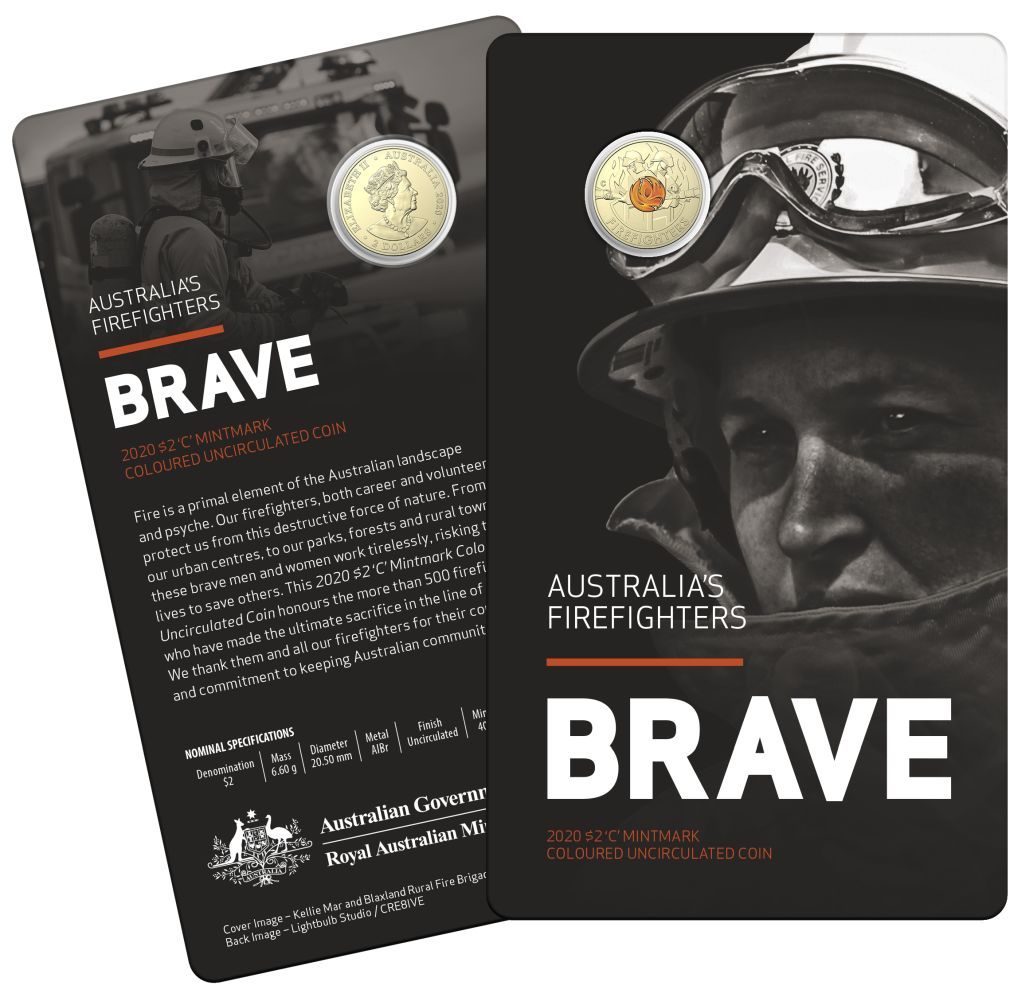