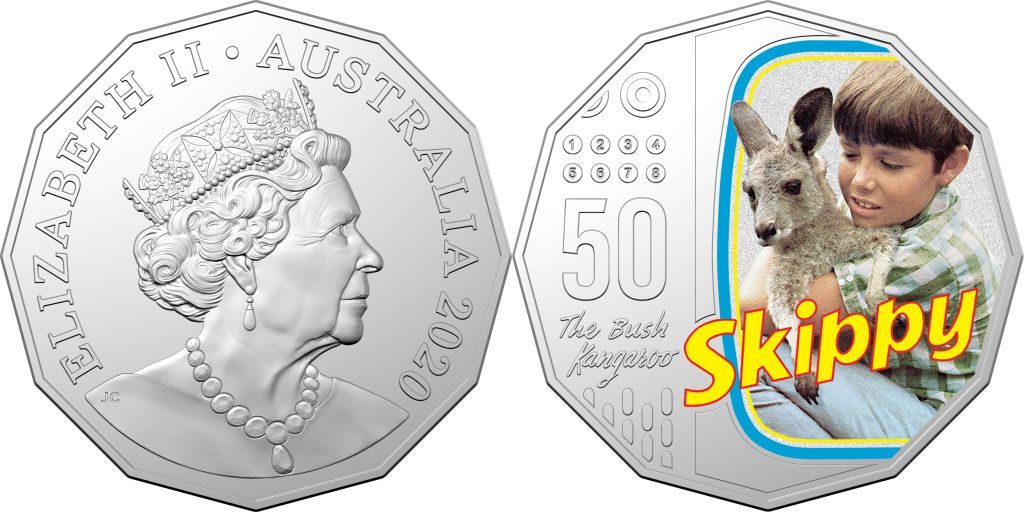 Mention Skippy and collectors ears prick up. The iconic television series was recently celebrated with a collector coin release and it’s popularity hasn’t waned in over 50 years. Skippy the bush kangaroo and young Sonny adorn the non-circulating coloured 50 cent inside a TV screen. The denomination of 50 cents fitting to this 50 year tribute coin. The coin also featuring the new portrait (with necklace) obverse. Just 20,000 collector coins were produced by the Royal Australian Mint with 14,000 released in a collector card by the Royal Australian Mint and Downies and 6,000 in a PNC (postal numismatic cover) released by Australia Post. 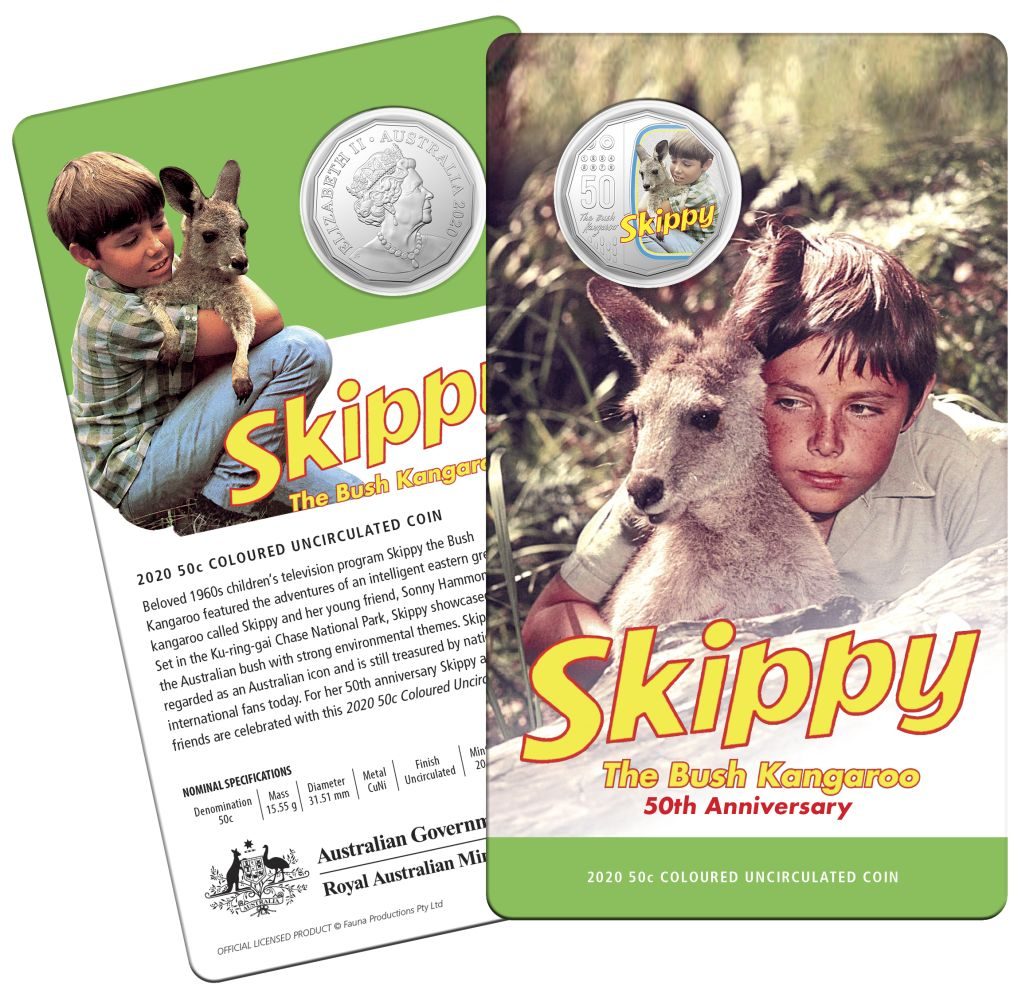 The Australia Post PNC features the coin and a $1.10 stamp depicting a kangaroo paw and cancelled in Kangaroo Valley NSW on release date 26 May 2020. 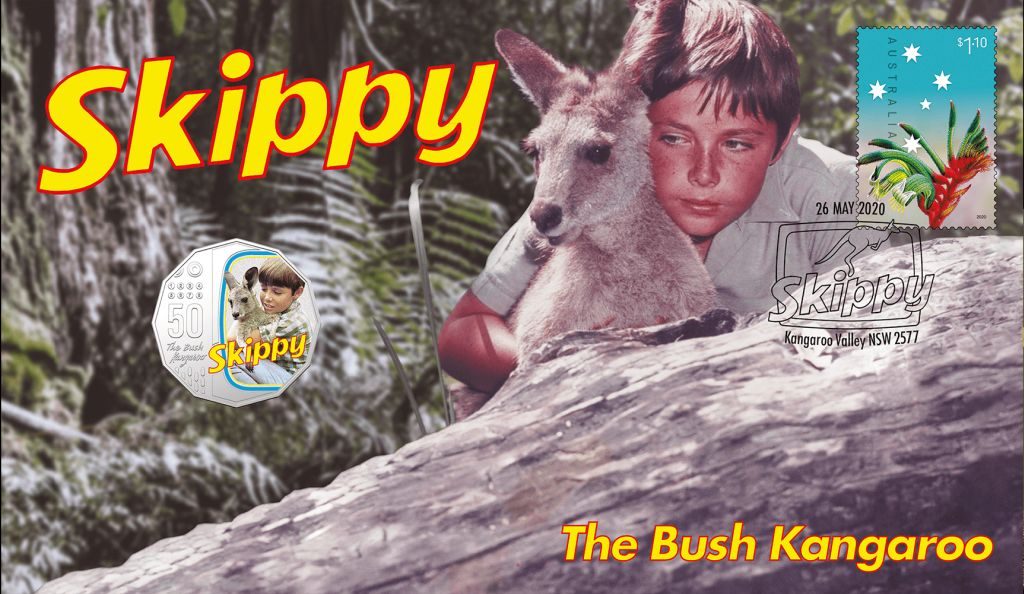