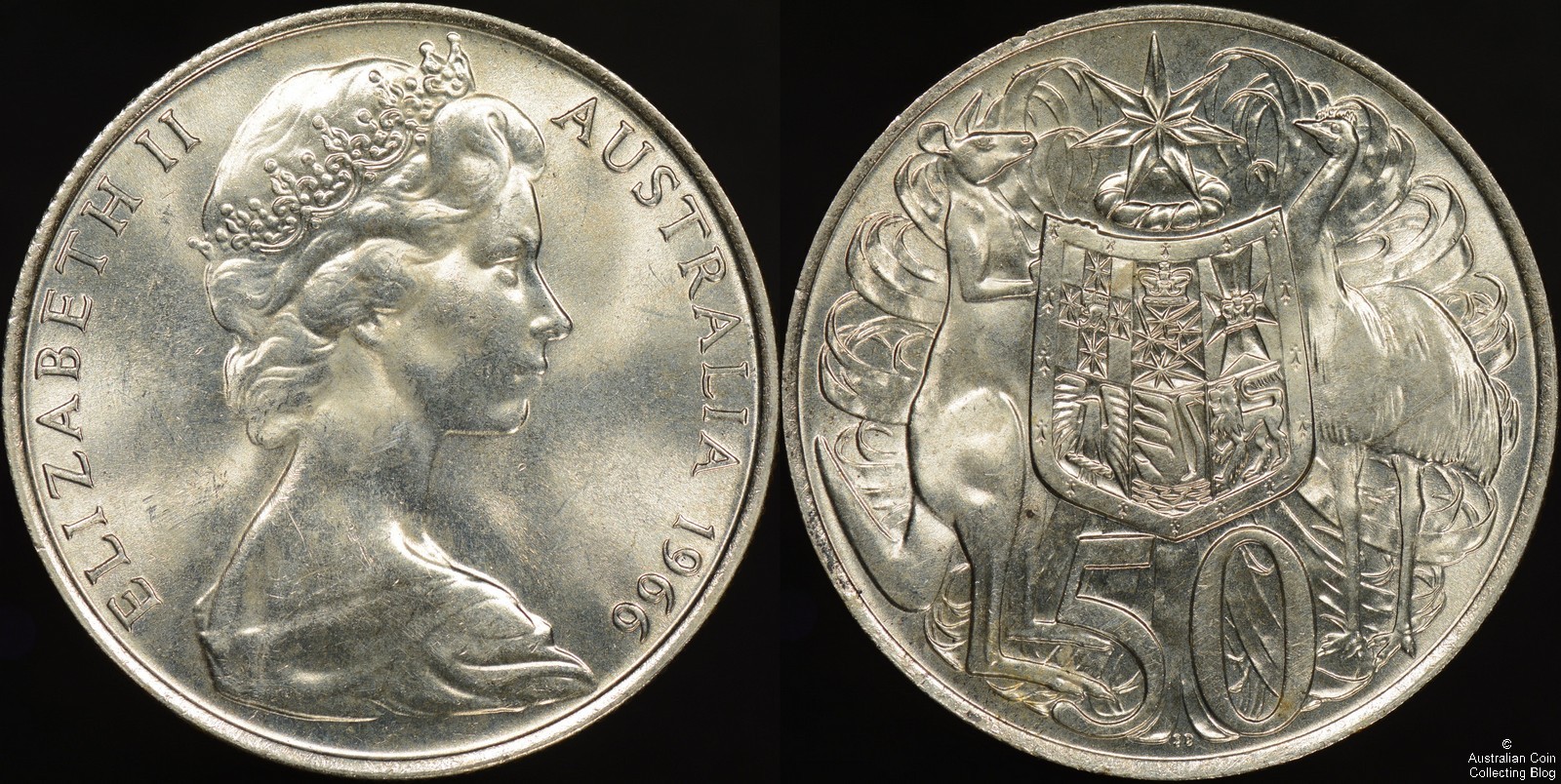 The round Australian 50 cent piece was introduced at the changeover to decimal currency in Australia in 1966. It is 31.5 millimetre and a round shape, the only round 50 cent piece, containing 80% silver and 20% Copper. Weighing 13.28 grams with 0.3416oz of silver it wasn’t long before the value of the silver content far outweighed the fifty cent face value and it was withdrawn from production and replaced in 1969 with the dodecagonal (12 sided) shape. Despite them being withdrawn from circulation many millions of the coins were hoarded by the Australian public and the coin entered the popular folklore.

To the numismatic newbie or the general population it is falsely regarded as a rarity, in fact there were 36 454 000 coins minted, although many have been returned to the mint and melted down. These today are generally traded as bullion coins rather than being traded as collector coins. Higher grade examples are readily available but you can expect to pay a fair bit more than the bullion value for these coins.

The reverse design on the 1966 round 50 cent is the Australian Coat of Arms by Stuart Devlin. The obverse is the young portrait of Queen Elizabeth II by Arnold Machin.

A well known variety of the 50c piece is the double bar variety. Incorporated in the original design were 2 horizontal bars in the reeding behind the emu’s head. These bars could possibly cause weakening of the dies during striking so were probably ground off the transfer punches that were used to make the dies, but not on all of them.

In celebration of the 40th anniversary of decimal currency in Australia the RAM produced their 2006 sets with the original round shape 50c piece.

You can work out todays value of your 1966 round silver 50 cent using our Australian Silver Coin Value calculator.

The current value of a round 50 cent coin is AUD $10.53. This value is updated every hour or so using the current silver price and exchange rates from Currency Layer.

These values are updated hourly using New York market prices. Coin values are purely the value of the gold or silver they contain and do not account for any numismatic value.
Prices Last Updated: 18:04 22 Sep 2021