The 2004 student design 50c coin shown above was released by the Royal Australian Mint into general circulation.

This 50c is the standard 31.51mm dodecagonal coin with plain edging. It is copper nickel weighing 15.55g. The obverse is the standard Ian Rank-Broadley effigy of Queen Elizabeth II. The reverse was designed by 12 year old John Serrano, a year 5 student at St Peter’s Primary School in East Keilor Victoria. Vladimir Gottwald took John’s design and sculpted into the 3 dimensional design which was used on the dies to strike this coin.

John was the winner of the Mint’s Primary School Student Coin Design Competition of which there were just under 2,600 entries. The theme for the design was “Australia”. It was the public who determined the winner by voting on the RAM website. John won $10,000 for his school in the competition. It was held following the success of a similar competition in which school children designed the state series of 20c pieces in 2001. His design features a koala, wombat, lorikeet and the initials JS. 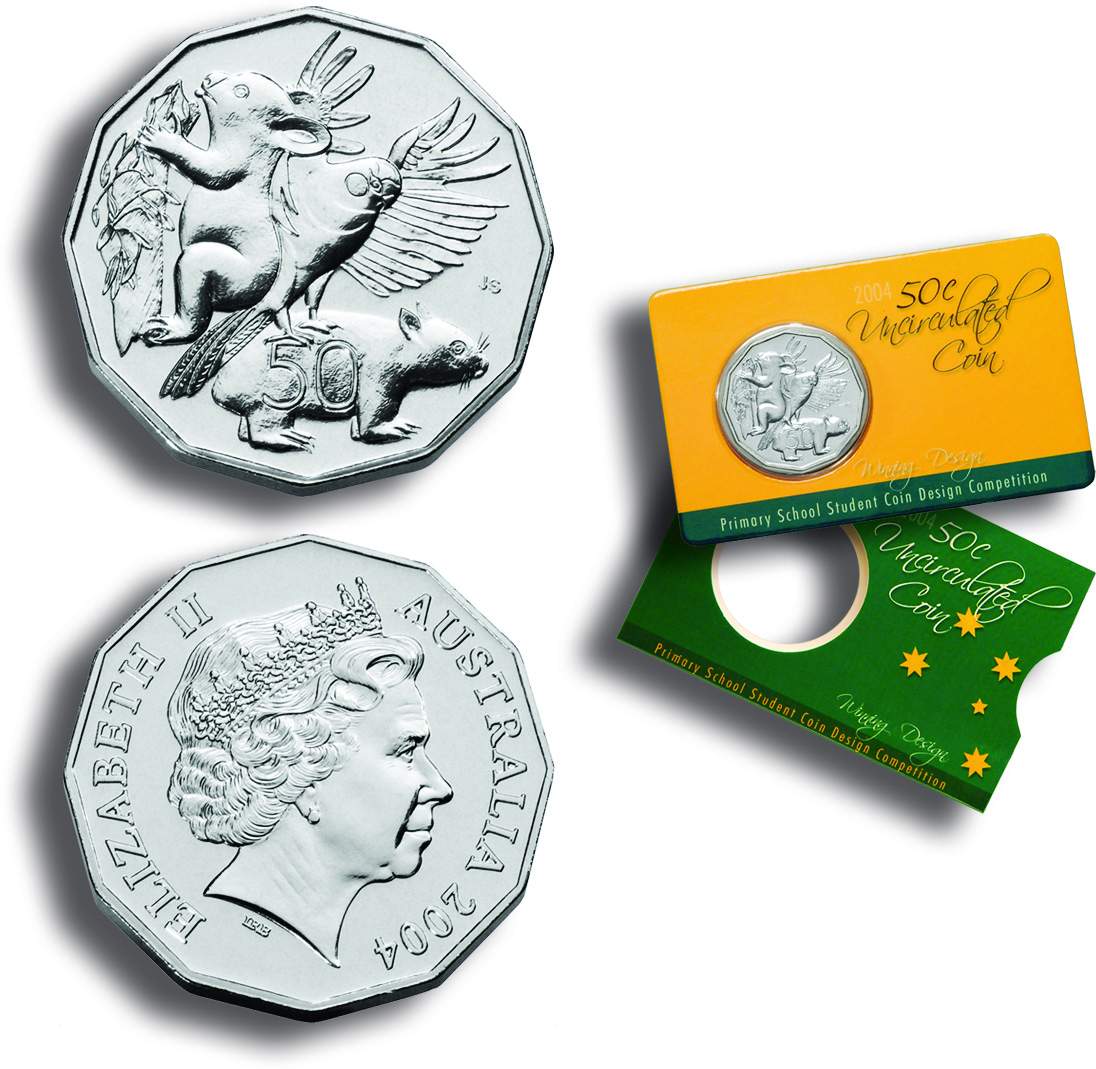