Home › Collecting Coins › I’ve found an Australian 1930 Penny, Is it Real or Fake? 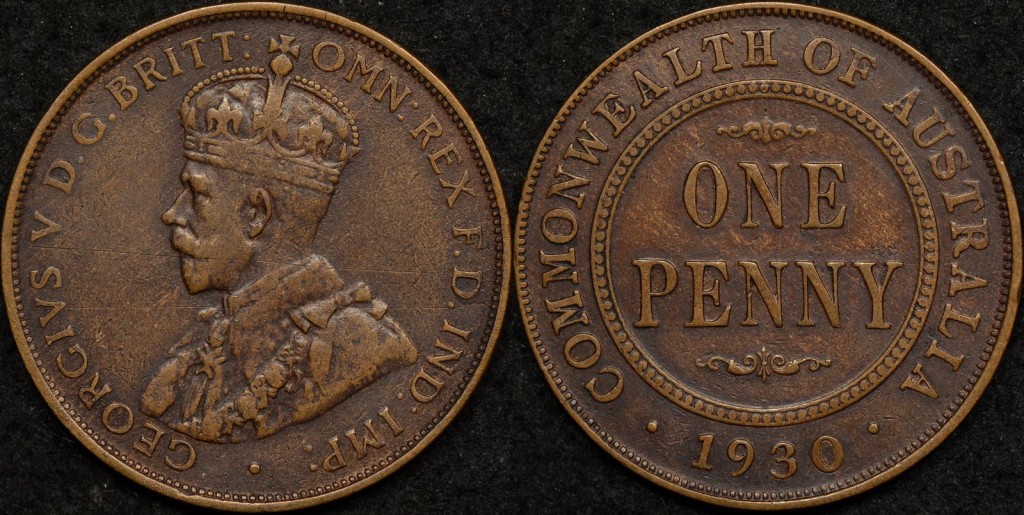 Even if you’re not a coin collector the Australian 1930 penny is the one you’ll know about. It’s the most famous Australian pre-decimal coin and as such is the most talked about, the most sought and the most faked coin. Find a 1930 penny and your heart will skip a beat, but the likelihood that it’s real is very small. Given the value of a real 1930 penny is upwards of $15,000 in any condition it’s one that you’re going to want to authenticate if you find a 1930 penny in Grandpas top drawer.

If you’ve found a 1930 penny and are wondering it’s value, first you’ll have to determine if it is real. Your newly found 1930 penny may be one of 2 things (well, 3 if it’s real!), it will commonly be a forgery or an altered date penny.

Forgeries, counterfeits, fake and copy coins are in their plenty in Australian penny collections as they are easily obtained. Even the British penny is used in its place in many collections so there isn’t a glaring vacant space. A copied coin should be marked ‘copy’ but is usually not. Fake 1930 pennies usually stand out amongst the rest as they are often poor quality forgeries with details that just look plain wrong to the eye when studied next to a real Aussie penny. Fake 1930 pennies often have bright lustre that is a tell-tale sign that it’s a recent copy.

In the past, those with the intent to deceive have taken an Australian penny from another year and changed the date to make it appear as a 1930 coin. Whilst this isn’t an offense, it becomes so when this coin is attempted to be passed off as a real 1930 penny. This type of coin is called an ‘altered date’ penny. Now this altered date type is the only 1930 penny I’ll ever be able to afford and it comes with a letter from the Royal Australian Mint advising as such. A collector in the past sought advice from the experts, which the Mint used to do for a fee, and appraised the coin to determine if it were genuine. The letter of advice is seen below. 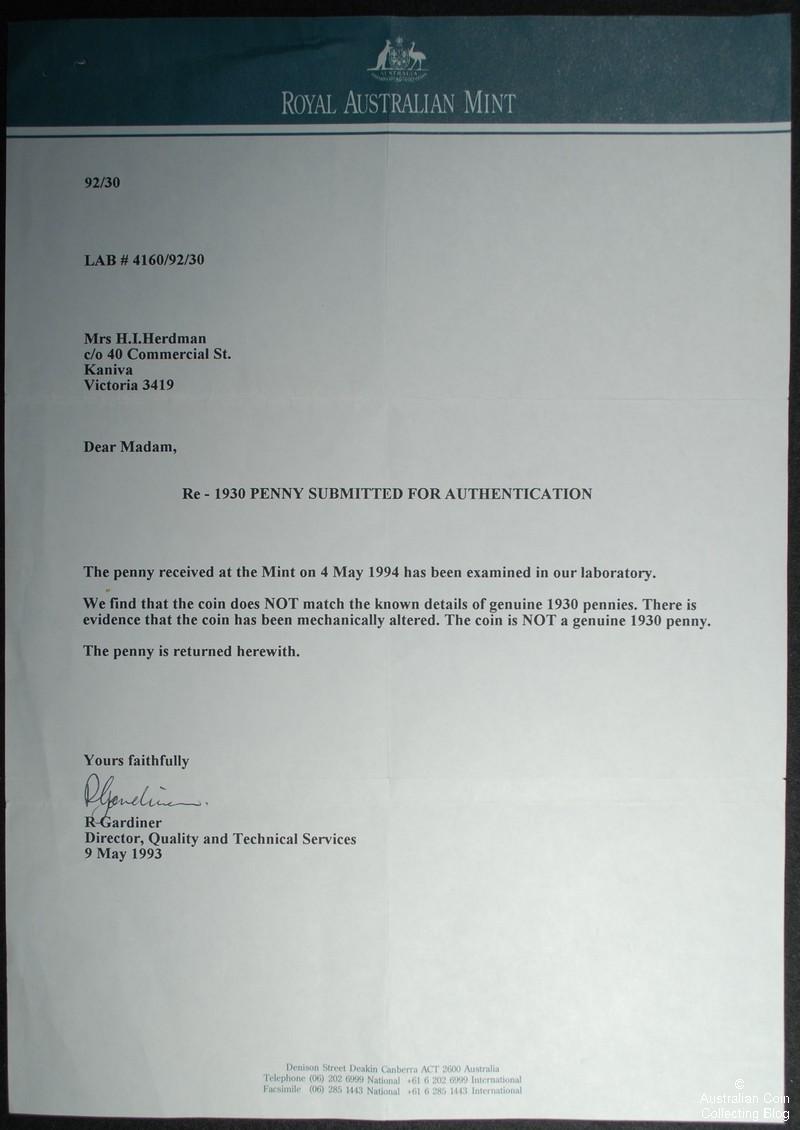 These values are updated hourly using New York market prices. Coin values are purely the value of the gold or silver they contain and do not account for any numismatic value.
Prices Last Updated: 18:04 22 Sep 2022