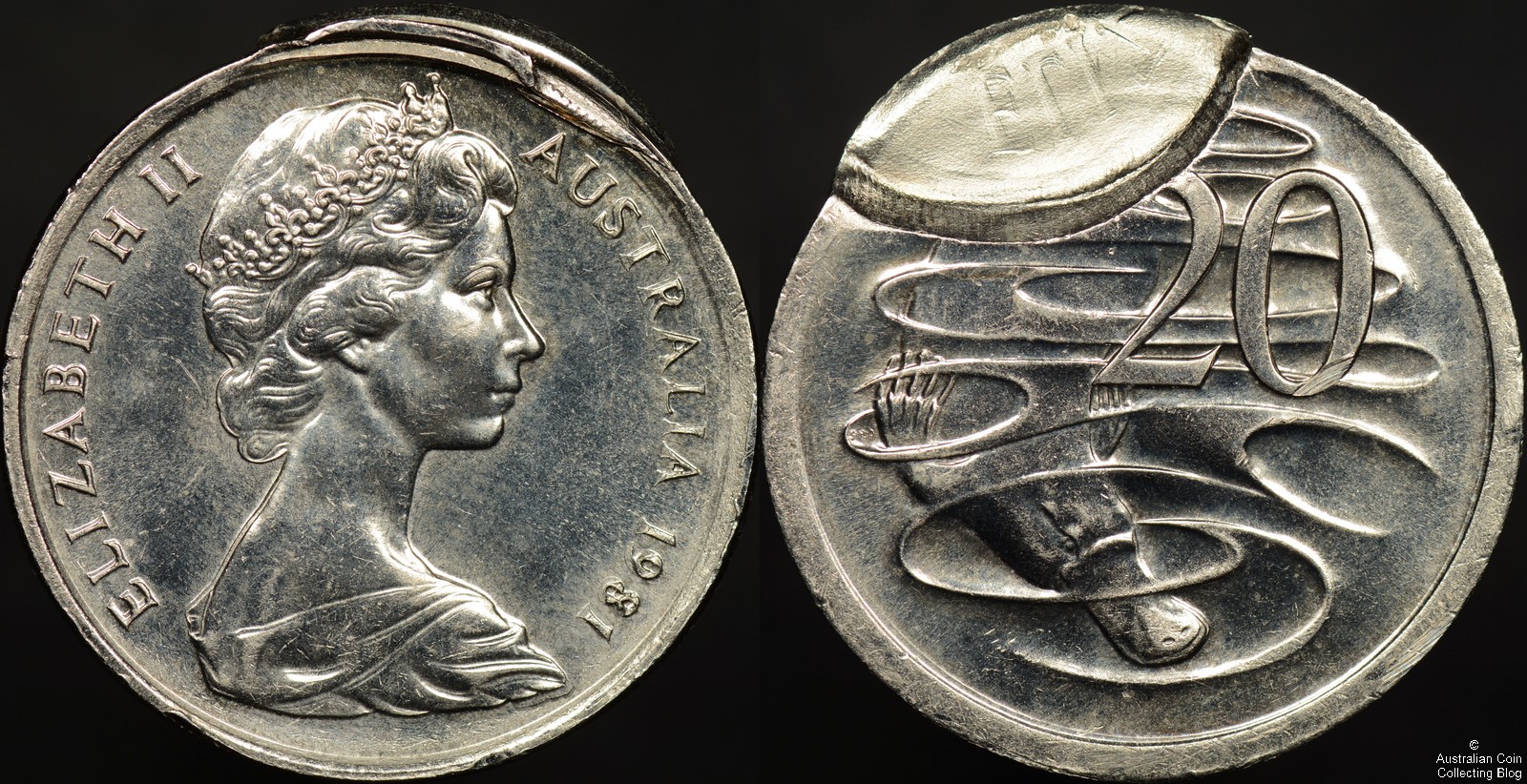 Above is an error coin that is an interesting combination of two error types. It’s a partial brockage, having been struck against another already struck coin, and it’s also been struck twice, making it a double struck error. Either of these types of errors is rare on any Australian decimal coin but to find both on the same coin is truly unusual. 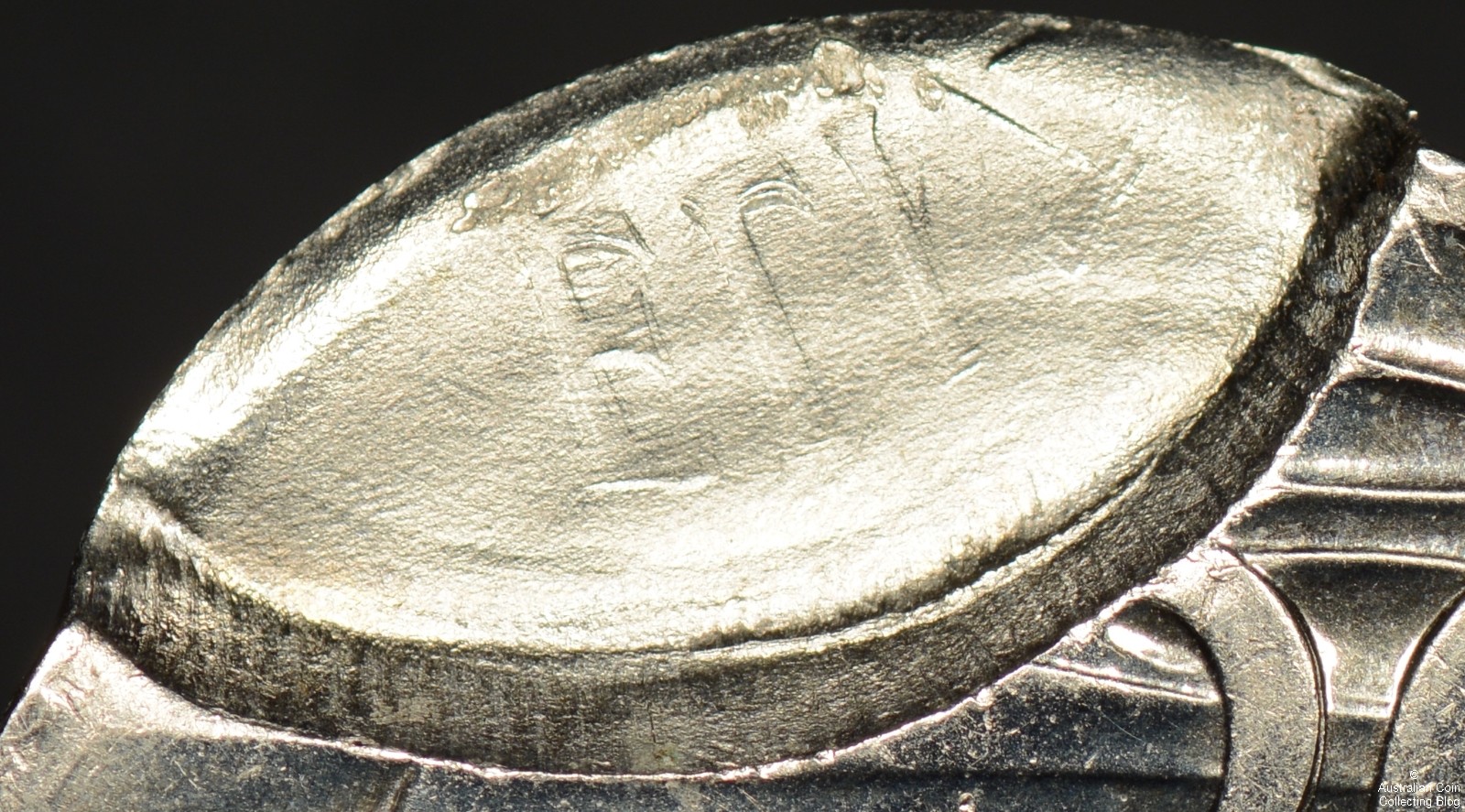 Above you can see a detail of the area of the coin showing the clear partial brockage with a reverse impression of the letters ELIZ from another already struck coin. The sequence of events that resulted in this error were probably something along these lines:

This error coin has also been double struck while partially retained within the collar which is sometimes known as a “rotated double strike”. Interestingly it was also struck twice against the already struck coin resulting in a double struck partial brockage. Indications of the double strike are a little more difficult to spot.

First, a close look must be taken at the legends on the obverse (Detail A), which you can see in the image below. They have the typical spidery appearance that is the result of the planchet shifting slightly between strikes. Secondly on the reverse you can see clear doubling of the beak of the platypus (Detail B) and finally the partial brockage itself clearly shows two impressions of each letter (Detail C).

Decimal coins are very collectable right now, and double struck or coins with brockages especially so. This coin is a nice combination of both these types of errors, and arguably is a partial collar too, making it a combination of three error types. It’s extremely unusual, and the first time the authors have seen a double struck brockage on an Aussie decimal coin. An interesting though exercise is the visualize the other coin involved in this process, it’s been struck three times on the reverse, once correctly and twice offset significantly. The obverse has been struck correctly once and then offset and struck against this error coin twice. A reasonable classification for the other coin would be a “partial offset die cap”.

As something of a footnote it’s very common to see these sorts of spectacular errors (whether pre-decimal or decimal) with some form of gouge on them. Presumably put there by a mint worker with some sort of metal tool (perhaps a screwdriver) trying to remove the offending item from a jammed coin press. This coin is no different, with a decent sized scrape on the 0 of 20 perhaps put there 35 years ago by a possibly frustrated mint employee!