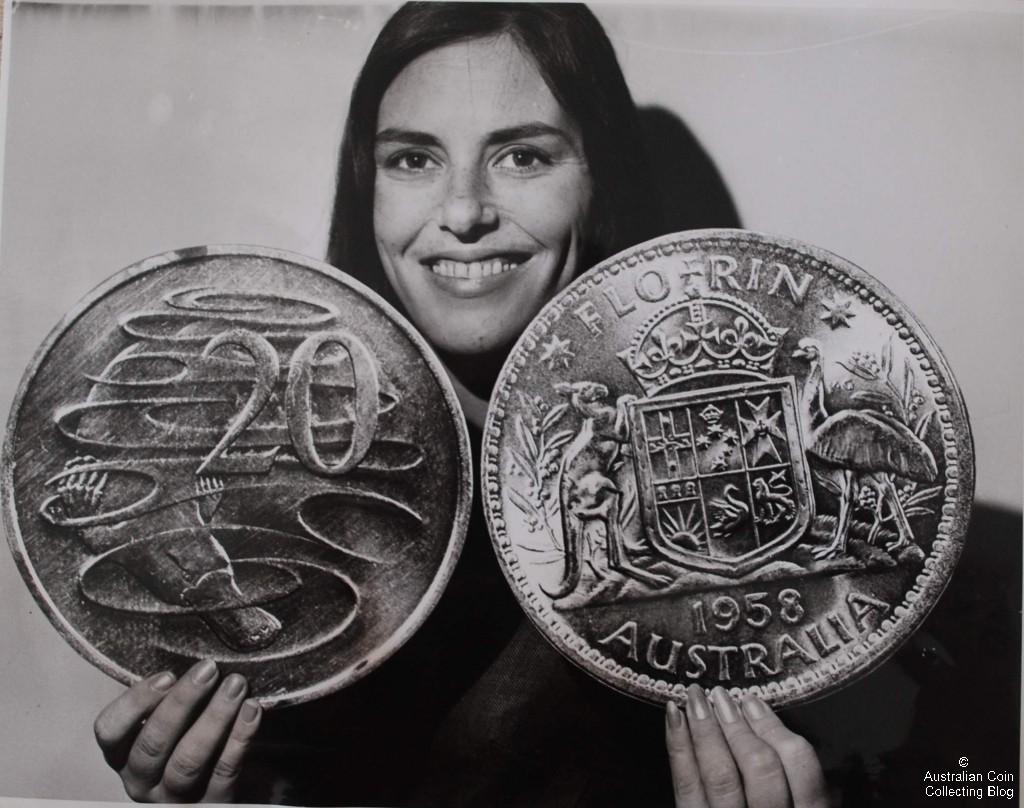 Have a look in your pocket and check your change -chances are you’ll still find one of the first decimal coins minted in Australia! Half a century ago our first decimal coins appeared when we changed from pennies, shillings and florins to dollars and cents. Valentines Day, February 14th 1966 was nicknamed Dollar Day or C-Day and it was a well planned for event. Shops and banks were abuzz about the change.

Converting Australia to decimal currency had been on the cards for quite some time, since as far back as Federation! It was a recommendation of the first federal parliament in 1902 that a decimal system be introduced. The House of Representatives adopted a resolution to take it further but the Government didn’t act citing strong ties to the United Kingdom. It wasn’t until 1963 when the actions of then Treasurer Mr Harold Holt saw an announcement to the public.

“A system of decimal currency is to be introduced in Australia at the earliest practicable date..the Government was working towards a tentative changeover date in February 1966…” Press statement 7th April 1963

A Decimal Committee had been appointed in 1959 and submitted a report to the Government in August 1960. This report emphasised the benefits of moving to a decimal system with time and effort savings outweighing costs and the inconvenience of change. Australia watched South Africa changeover in 1961 and over the next 2 years confirmed the longer term benefits over the short term inconvenience.

Now the Board was formed the first job was to name the new unit of currency. Would be have a Royal, a Dollar or a Pound? There were 998 suggested names some of which seem laughable as we look back. Some names put forward were the “Witchetty”, “Spondulick” or the now inappropriate “Abo” as our new unit of currency. A new Mint was built in Canberra to facilitate the vast quantities of new coins that Australia would need. 1966 estimates were that 1.7 billion coins circulating in the £ s.d. range would need to be replaced. Operation Fastbuck delivered the new coins and notes around the country and we were ready for the change! The whole process was missed by ringer (station-hand) Snowy Jackson as sung about by Slim Dusty in the song Decimal Currency Pub:

Dollar Bill appeared in advertising, on the television, in newspapers and Australians were overwhelmed with information concerning the change and how to cope. Dollar Jill was on hand in retailers to educate shoppers through the real change on February 14th 1966. Informative signs and conversion tables were everywhere and companies and businesses took the opportunity to distribute promotional material in the form of conversion charts or handy decimal converters. Ephemera was everywhere with tea towels, glassware and kitchenalia and collectable items available to commemorate the event. The new characters portrayed on the coins designed by Stuart Devlin, the feather-tailed glider, frilled-lizard, echidna, lyrebird, platypus were now on show. The Coat of Arms 50c also started it’s time as a round coin and struck in 80% silver. The change was met with some apprehension from the public but overall it was a success and some of those first coins are still circulating today. 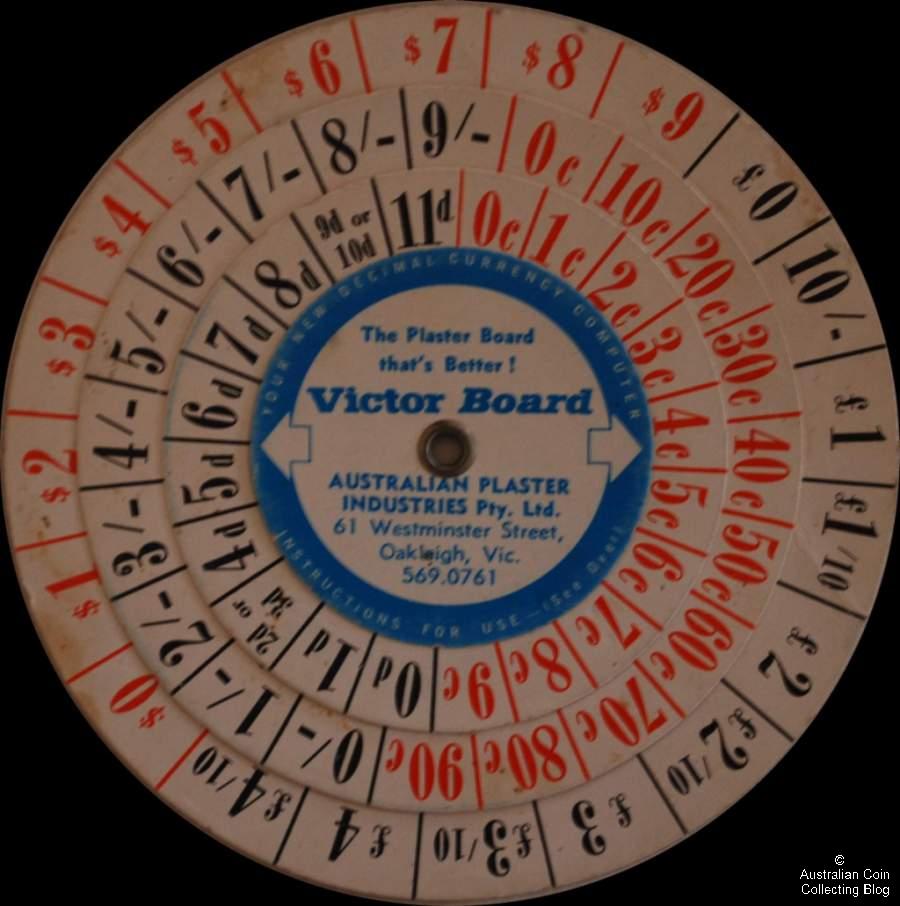 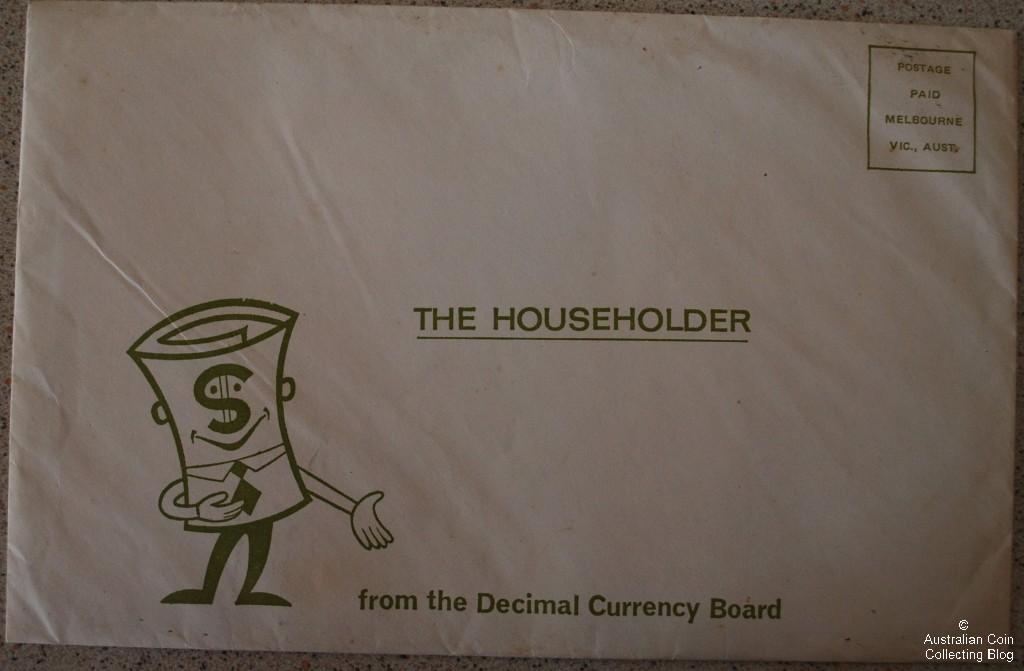 Like Junk Mail? The Decimal Currency Board put one of these in every Australian mailbox.