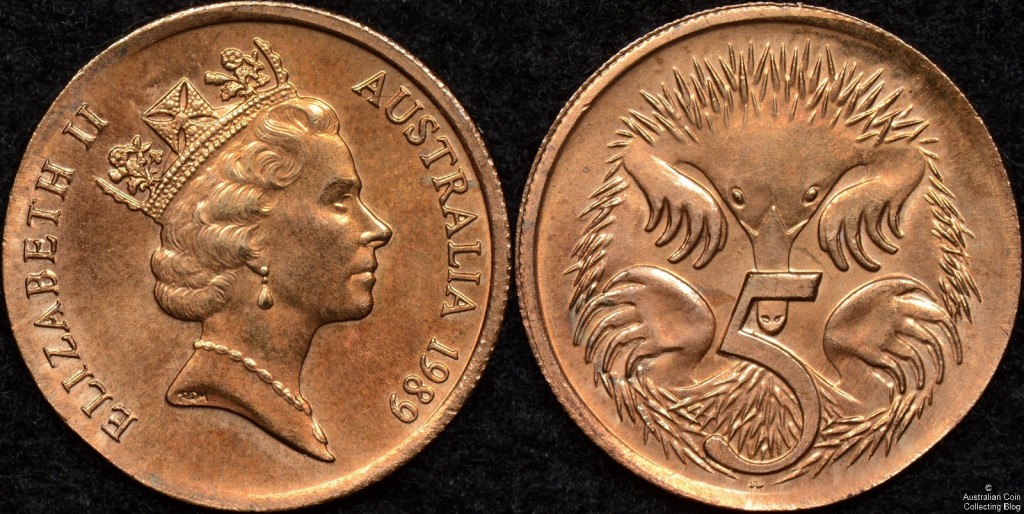 The above coin is a very spectacular error for a few reasons. It’s coppery red lustre is not what you expect to see with the 5 cent echidna design by Stuart Devlin. The Australian 5 cent piece should be struck on a cupro-nickel blank with a silvery look. This planchet is what you’d see of our now obsolete Feather-Tailed glider and Frilled-Lizard 1 cent and 2 cent pieces. This coppery red appearance is what immediately gives this off-metal coin error it’s eye appeal.

Looking closer, the coin is weakly struck around the rim and shows fishtailing of the lettering “ELIZABETH II” on the obverse. This indicates that the planchet is smaller than what was intended for a 5 cent piece. This is confirmed looking at the specifications of the 1 cent in comparison to the 5 cent. The 1 cent weighs 2.59 grams and is 17.53 millimeters and the 5 cent 2.83 grams and 19.41 millimeters. This coin is exactly as you’d see an underweight planchet struck with a wider diameter than was intended for that weight blank.

This error coin is graded as a mint error by PCGS as MS64RD and is noted on the holder that it is an Australian 1989 5c struck on 1c bronze planchet. It’s a high grade red choice uncirculated coin and was most certainly pulled out of a mint roll and has never made it into circulation. It certainly would stand out in a crowd! 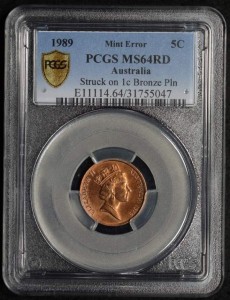 Stepping back in time to February 1990, the Australian Coin Review magazine reported on these exact error coins and pictured on the front cover a coin of surprising similarity to the one imaged above. We had to look very close to determine that it wasn’t in fact the EXACT coin pictured. In the article coin expert Dion Skinner suggested that there could be as many as 35 or more examples of the 1989 wrong planchet error. One such example was being examined by the Royal Australian Mint in their laboratory checking the composition and weight as well as the die and any peculiarities of the strike. RAM spokesman Mr Ron Conyers said they were initially reluctant to confirm the coin was a product of the Mint but on first sight it appeared to be consistent with a five cent coin having been struck on a one cent blank. The Mint had to rule out a few things first including that someone had just copper-plated a few 5 cent pieces. It was also possible that the coins were forgeries and this needed to be investigated.

Speculation by the author of the ACR article, from the sheer number of identical errors made, was that at the end of a production run of one cent pieces a number of blanks were left in the hopper feeding the press and were overlooked when the next run (of say) 5 cent pieces started. These coins however should have been picked up by quality control.

Nonetheless we’re glad this one escaped, genuine Australian error coins in high grade are hard to come by and command a huge premium over their face value. 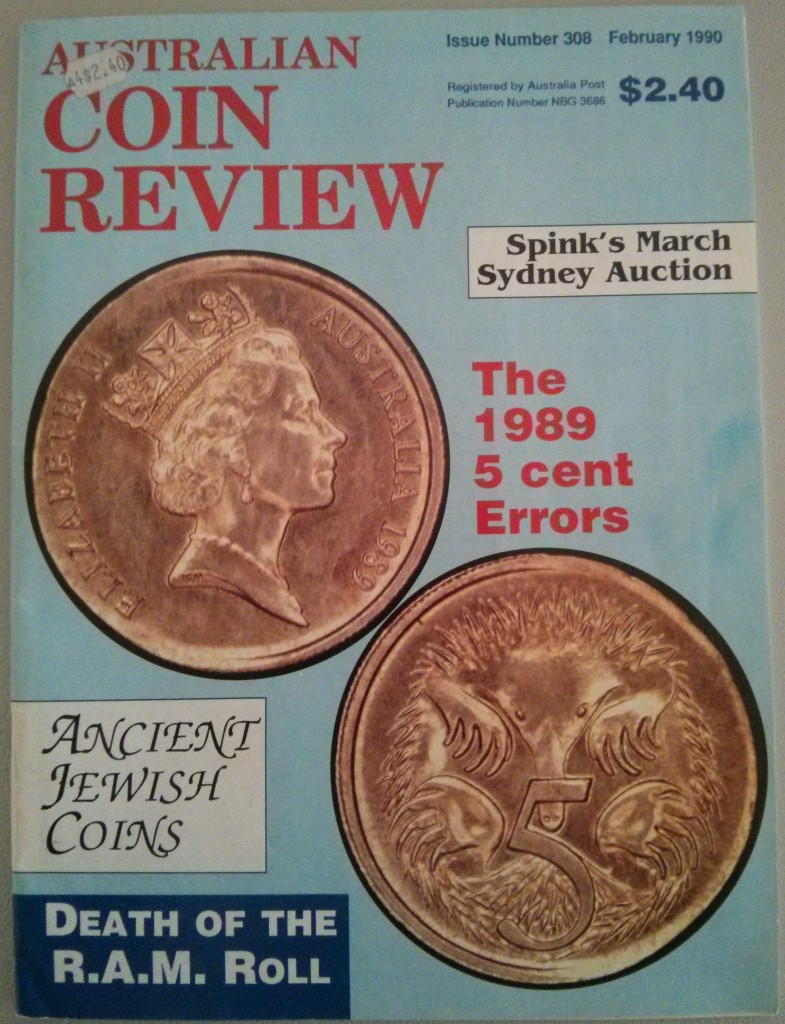