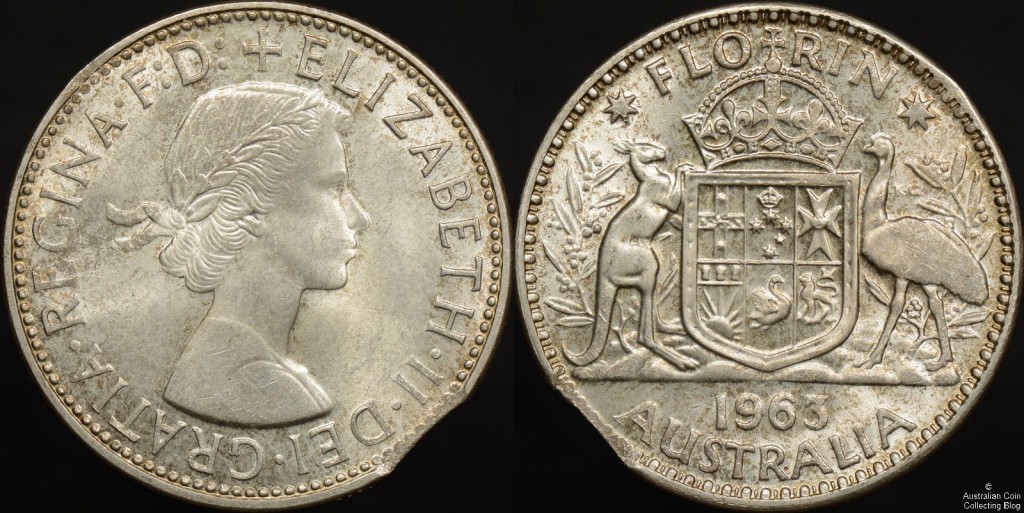 A clipped planchet or edge bite error coin occurs when a coin is struck on an incomplete planchet. Coin blanks are punched out from strips of metal using a high-speed punch. Sometimes the strip isn’t pushed along far enough after the previous blank was punched and this results in a planchet that isn’t fully rounded. The resulting planchet has been punched out of the strip where the previous blank was cut, thus leaving a ‘bite’ out of the blank. The resulting coin after it has been through the minting press has a curved clip on the side of the coin. Another clipped coin is a straight clip which I will discuss in a future article.

To distinguish between a genuine clip and a man-made version you need to look at the opposing edge of the coin. In genuine edge bites there is a weakness in the rim and on the opposing side of the coin – this is termed the ‘Blakesley effect’ after an American numismatist who first described it. The weakness results from the rim opposite the clip not being formed fully when it is put through the rimming machine. The Blakesley effect is not apparent on clips of the Australian 50c coin because the rims are formed during the striking process and not in a separate operation. Another possible indicator of a genuine curved clip is fishtailing of the lettering of the legends around the area of the clip. There’s a comprehensive guide to determining if a clipped planchet error is real or not that you can read here.