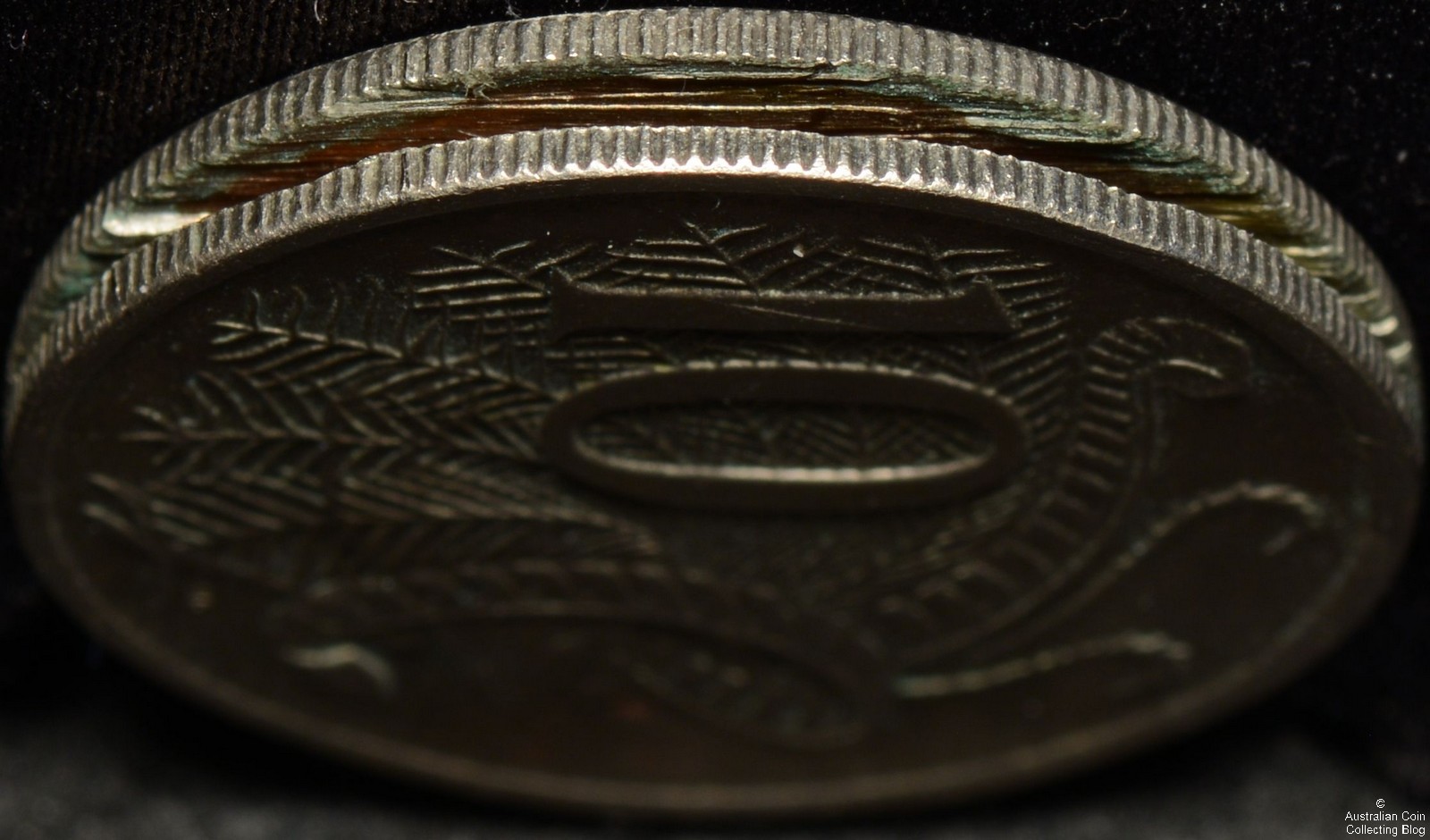 In Part 1 of the Split Planchet Coin Errors series of articles brief mention was made of the so called ‘clamshell’ partially split planchet. This sort of coin error, seen here, happens when there is a weakness in the metal of the planchet and the coin fractures along the weakness. In the case of the ‘clamshell’, the weakness may not run through the entire planchet resulting in a partially separated coin split parallel to the faces of the coin. Typically the side that is split is opened up slightly giving the characteristic clamshell appearance. This type of error is also called a hinged split blank or planchet.

If you peer inside the opening, and you can see clearly on the 10c imaged above, you can see the parallel striations in the metal that indicate its authenticity as a split coin and hasn’t been sliced open in the back shed.

Some collectors of this sort of error may try to encourage the coin to separate completely through mechanical means or perhaps by repeatedly subjecting the coin to freezing temperatures. When the coin does split completely the result is the more typical sort of split planchet error seen in the first part of this series of articles.