Ex Noble Sale 83, Lot 66 (2006) a dodecagonal 1969 50 cent coin struck with two obverse (Machin QE2 portrait) dies in regular medal alignment. It is unusual that it is struck without a 180 degree rotation as double obverse or reverse error coins are always struck in coin alignment if genuine. The coin is about 0.8 of a millimeter over size measuring 32.3mm from flat to flat. The coin weighs 14.6 grams which is almost a full gram under specification. It is suggested that the coin be tested on an XRF to determine if it is an underweight copper nickel planchet or a different material. Examination of both sides of the coin shows extensive fish-tailing suggesting the entire coin was struck out of collar. Metal flow lines are visible on both sides of the coin so we are confident it was struck and not cast.

The two obverses, while the same design are different sizes. We will call the larger obverse “Side 1” and the smaller obverse “Side 2”. The design of Side 1 is larger in all aspects than the other side, with the portrait larger and the legends larger and closer to the outside of the coin. Side 1 shows a general flatness of design with particular weakness through the back of the crown and through the hair curls. In addition there are numerous flaws in relief visible (see Figure 2), including above the Queen’s head, on her jaw line, and immediately above the back pearl of the Queen’s crown. As these flaws are in relief they were on the die that struck Side 1. It is suggested the transfer method used to create the obverse design was crude which has led to the general mushiness of the design. In addition the hub pattern used to create the die was damaged which explains the various flaws visible in relief. 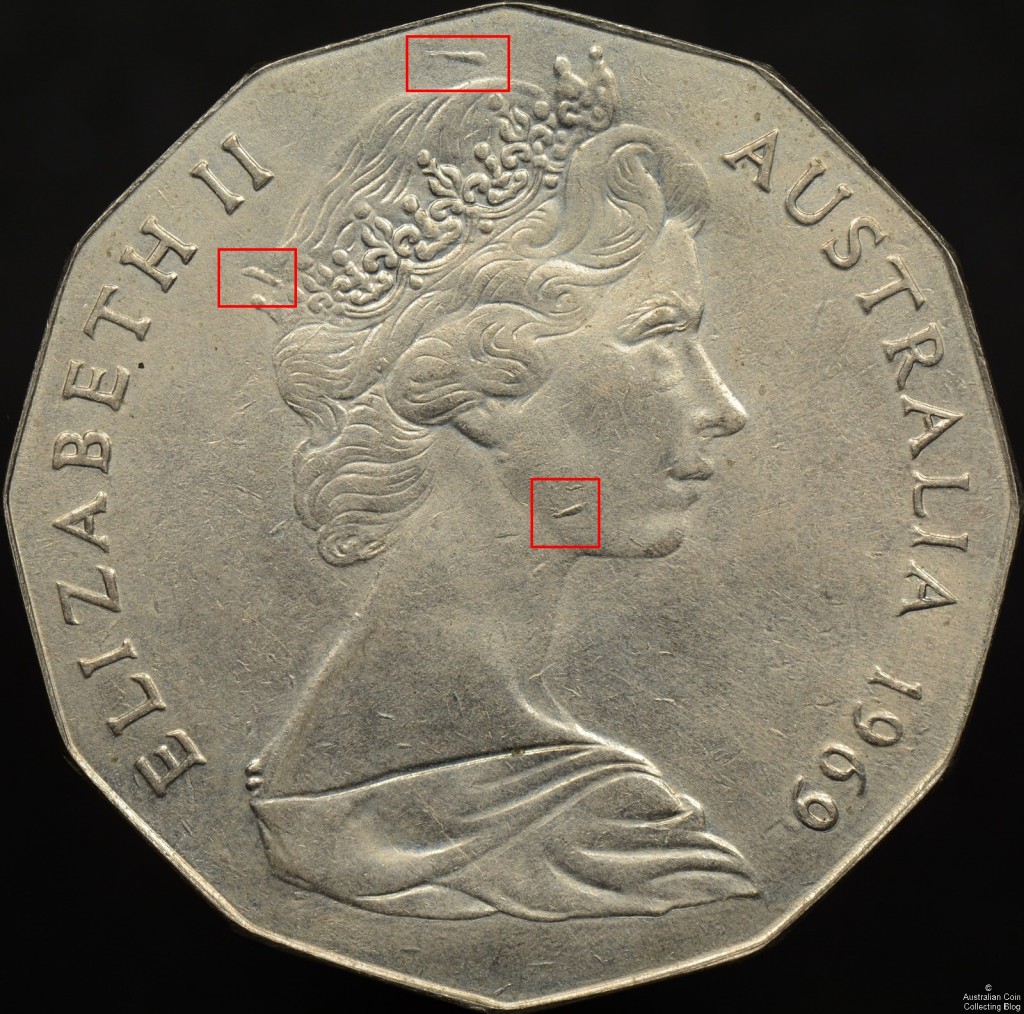 The smaller obverse (Side 2) appears to have been struck using the standard 1969 50 cent design (see Figures 3 and 4). Immediately inside the rim of the coin there is an area of visible ramping leading from the flat fields to the rim. The edge of this ramping corresponds reasonably well with the size of a standard 1969 50 cent suggesting either a standard 50 cent die or a slightly modified oversize die was used to strike Side 2. 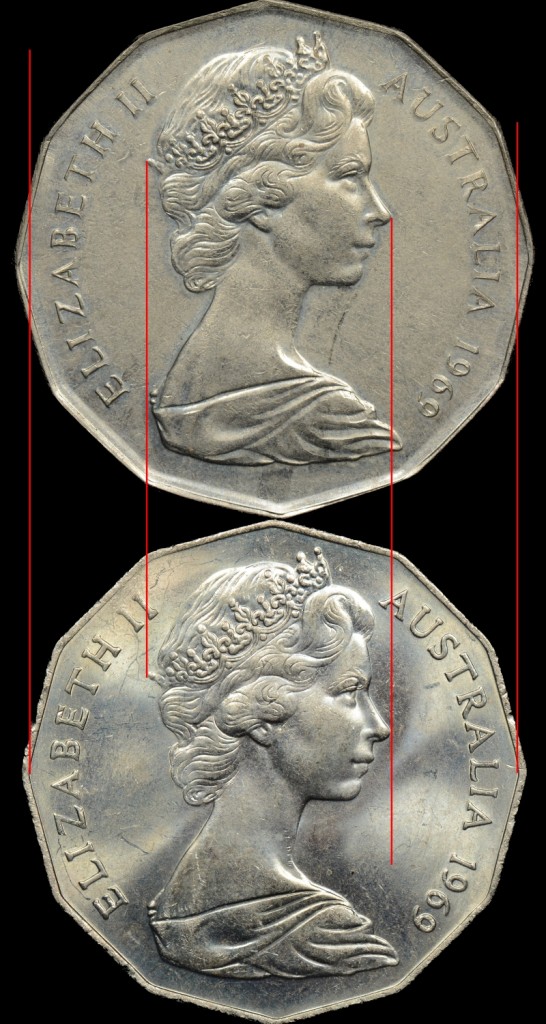 The origins of the coin can only be uncertain. What is certain is it is a deliberately manufactured item, most likely produced on machinery at the Royal Australian Mint. One can postulate that it was made to compare different obverse sizes for the proposed new dodecagonal 50 cent with the larger Side 1 die manufactured quickly and crudely to produce a trial piece. Referring to “Heads I Win” (Watson 1986) it cannot be ruled out that the coin escaped the Mint in the pockets of David Gee either stolen or given to him by then Mint Controller J.M. Henderson.
Regardless, further information as to the origins of the coin may be gleaned by talking to Canberra coin dealer Tony Byrne, who was the numismatist at the RAM around the period that new 50 cent was designed and introduced.