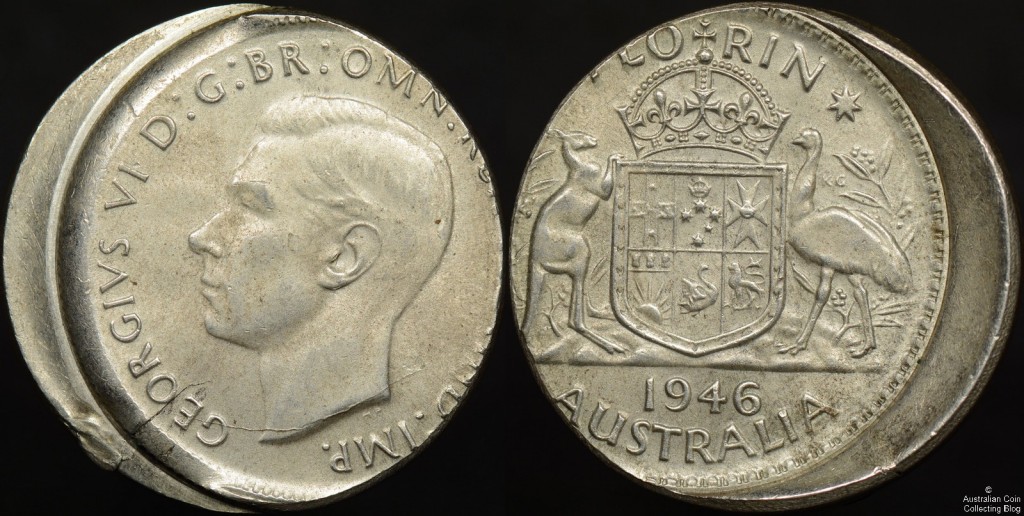 Struck 3mm off center, the obverse has engaged with about 50% of the collar die and has been driven downward with the unstruck portion of the coin deforming upwards resulting in a distinctive “baseball cap” appearance. There is a significant planchet crack beginning between the EO of GEORGE extending down the reeded edge of the coin and into the unstruck portion of the planchet. It then extends around the edge clockwise for about 5mm. Part of the cracked flan is bent up slightly, perhaps occurring during circulation. There is significant fishtailing of the obverse legends OMN-IMP indicating radial metal flow which is no surprise as half the coin circumference failed to engage with the collar die. On the reverse fishtailing is also significant on the FL of FLORIN with the base of those letters also showing severe metal flow. The coin split grades as VF/aEF which is typical as the protected side of the coin (the reverse) wears slower than the exposed side. The coin has no problems and is a superlative example of the type of error.