Centenary of the Trans-Australian Railway First Coins Struck for 2017 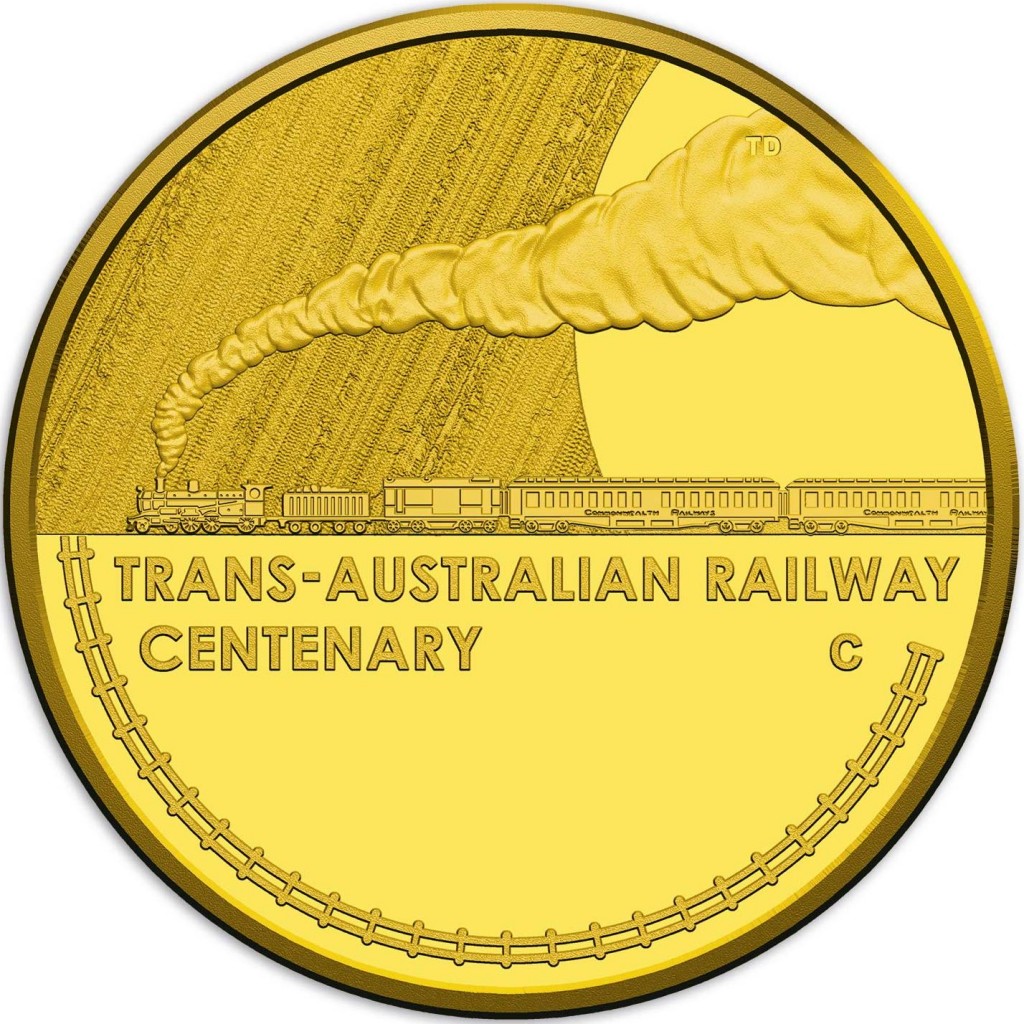 After seven summer nights camped by the front door of the Royal Australian Mint in Deakin, ACT, 16 year old Belconnen teen Luke Marshall woke for the day he had been waiting for. Camped out since Christmas Day he couldn’t believe when he arrived that he was the first in the queue. For the last 4 years Harley Russo had braved the festive nights and was the first in the queue, but this year decided to go paintballing instead! Luke was among the first 10 visitors in each previous year but this year he was to claim top spot.

At 10am on January 1st the Mint doors opened and Luke was all smiles as he was given the opportunity to strike the first coin on the gallery press for 2017. A crowd had gathered and as per Mint tradition the first 100 Mint visitors received a certificate denoting their place in history. Each person still had to buy the coin of course! The theme for this year’s mintmark coin is 100 years of the Trans Australian Railway with an aluminium bronze dollar, silver dollar and gold $10 coins being issued. The design which looks spectacular in hand (as opposed to the computer generated images from the Mint seen here) is by Tony Dean and bear his initials TD.

As first in line Luke received a special one-off set that included each mintmark aluminium bronze dollar and the fine silver proof dollar of the new commemorative design, this accompanying his number 1 certificate.

The coin design features a stylised version of the train that first made the journey 100 years ago, the G class steam locomotive, a coal cart, service cart and 2 sleeper carriages. 16 of these G class steam locomotives serviced the line until larger and faster locomotives in the 1930’s. With steam billowing above the train and to the right is a representation of the sun and to the left the sky. Below around the edge is a depiction of a train track. The designers initials “TD” feature in the plume of smoke.

October 17th 2017 will be the 100th anniversary of the completion of the rail line across the vast Nullabor Plain from Port Augusta to Kalgoorlie. Work began in 1912 and five years later 140,000 tonnes of rail and 2.5 million sleepers had been laid to complete the line. It was now quicker to travel by train than by ship which, until then, was the main transport to the eastern states.

The C mintmark dollar will be available on the Mint gallery presses for visitors to the Mint every day in 2017. It is priced at a premium of $3. The various other coins of this design can be purchased from the Mint or your local coin dealer. Stay tuned for the counter-stamped coin coming to an ANDA money expo in your capital city “chugga chugga choo choo”!