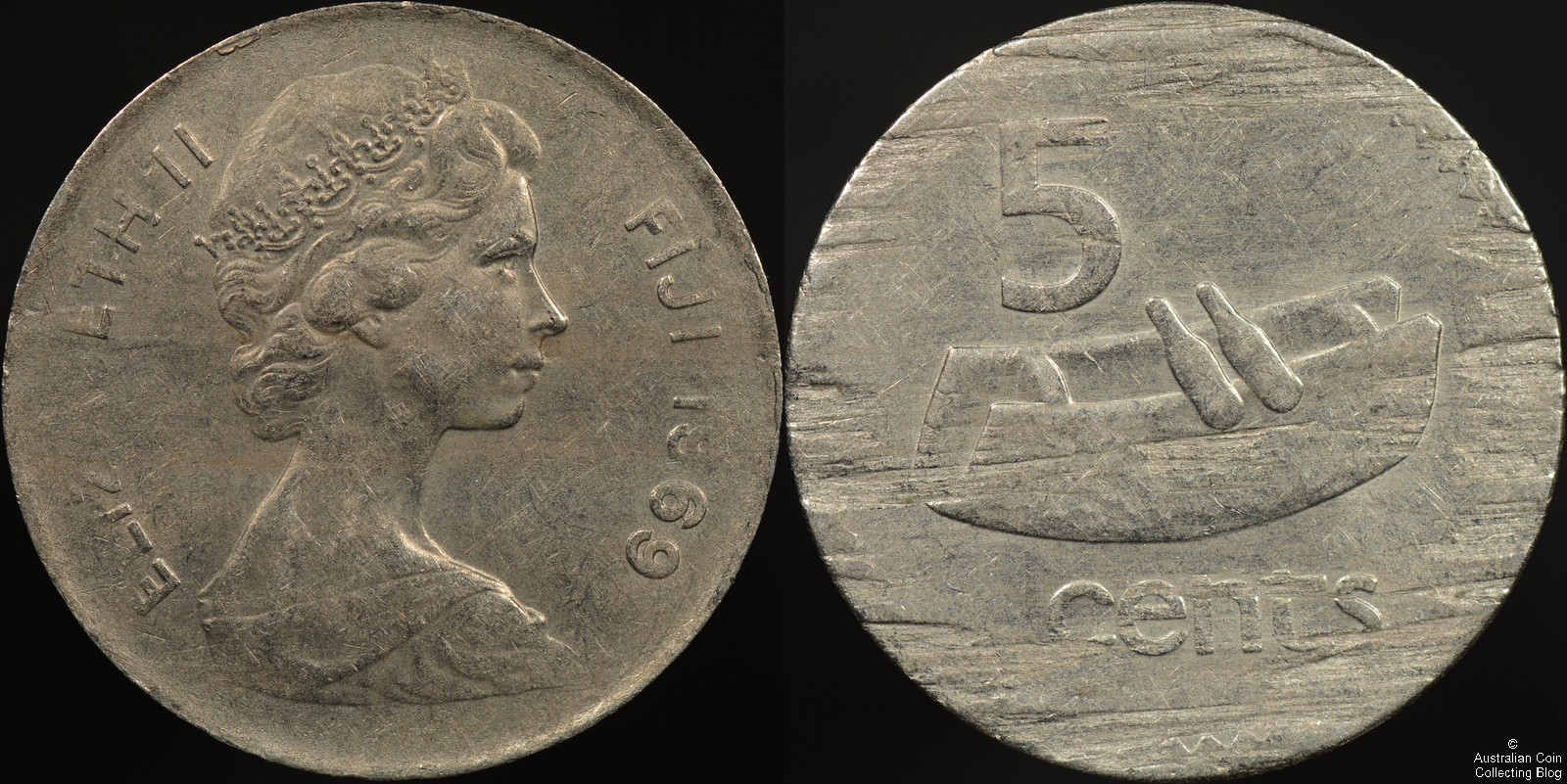 Above is a lovely little 1969 Fijian 5 cent coin error. The obverse is weakly struck as is the reverse. However the reverse also has a number of striations on the surface going from the left side of the coin to right. The 1969 Fijian 5 cent was struck on the same sized copper nickel planchet as an Aussie 5 cent coin and should weigh 2.83 grams, but this coin weighs in at just 1.34 grams, under half what you’d expect. Regular readers of this site probably know by now that given that the coin is underweight, poorly struck, and showing striations on the reverse that it was struck on planchet that split in two. This is quite a bit different to more commonly seen split planchet errors that split in two AFTER they are struck.

Let’s take a quick look at why this coin looks like it does. First, the strike weakness on the obverse (see image below) is simply due to the planchet being severely underweight and thinner than a regular planchet. When the coin was struck there was less material to fill the dies and the design elements were thus not fully struck up.

Next, let’s look at the striations on the reverse. Below you can see the reverse of this coin compared with the split surface of an Aussie 10 cent coin. There’s no mistaking the characteristic striations that are largely parallel. It’s a feature we’ve seen on every split planchet copper nickel coin we’ve ever examined. 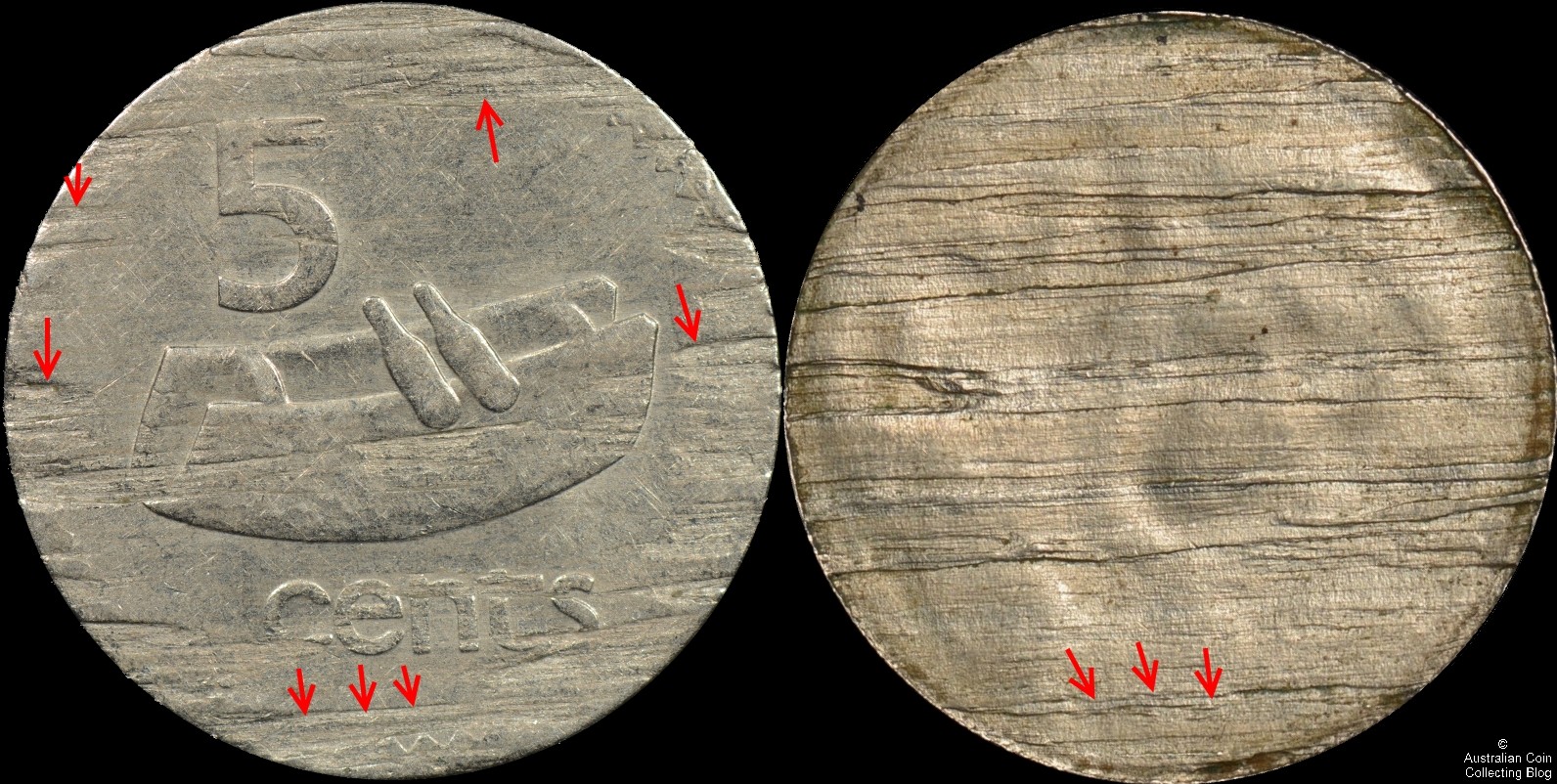 Split planchet errors are fun to collect, some Australian collectors have tried to complete a full denomination set of Aussie decimals (a tough task). However, coins struck on already split planchet are rare. We’ve seen less than a handful of Aussie coins struck thus so it’s a bit more affordable (and fun) to collect world coins with this sort of error. We’ve been lucky enough to collect a few over the years including two New Zealand 50 cent coins struck on split planchets and we’re happy to add this nice little Fijian 5 cent error to our collection.