This article was published in the Australasian Coin and Banknote Magazine May 2015 and was written by the Australian Coin Collecting Blog.Subscribe here to CAB magazine.

What is a split planchet error?

A split planchet occurs when a coin splits into two halves parallel to the face of the coin. Partial split planchets (which are not covered in this article), where just part of the planchet splits away or peels off are more common and are often known as lamination peels / flaws or planchet peels / flaws.

What causes a planchet to split?

Typically it would be a poorly mixed alloy in the blank manufacturing process that contains impurities or gas bubbles. When the metal strip is rolled these impurities or bubbles prevent the metal from bonding correctly and a layer of weakness is present. This lamination flaw or weakness in the metal can, in extreme cases cover the full area of a coin planchet and cause a coin to fall apart with the application of little or no external force. 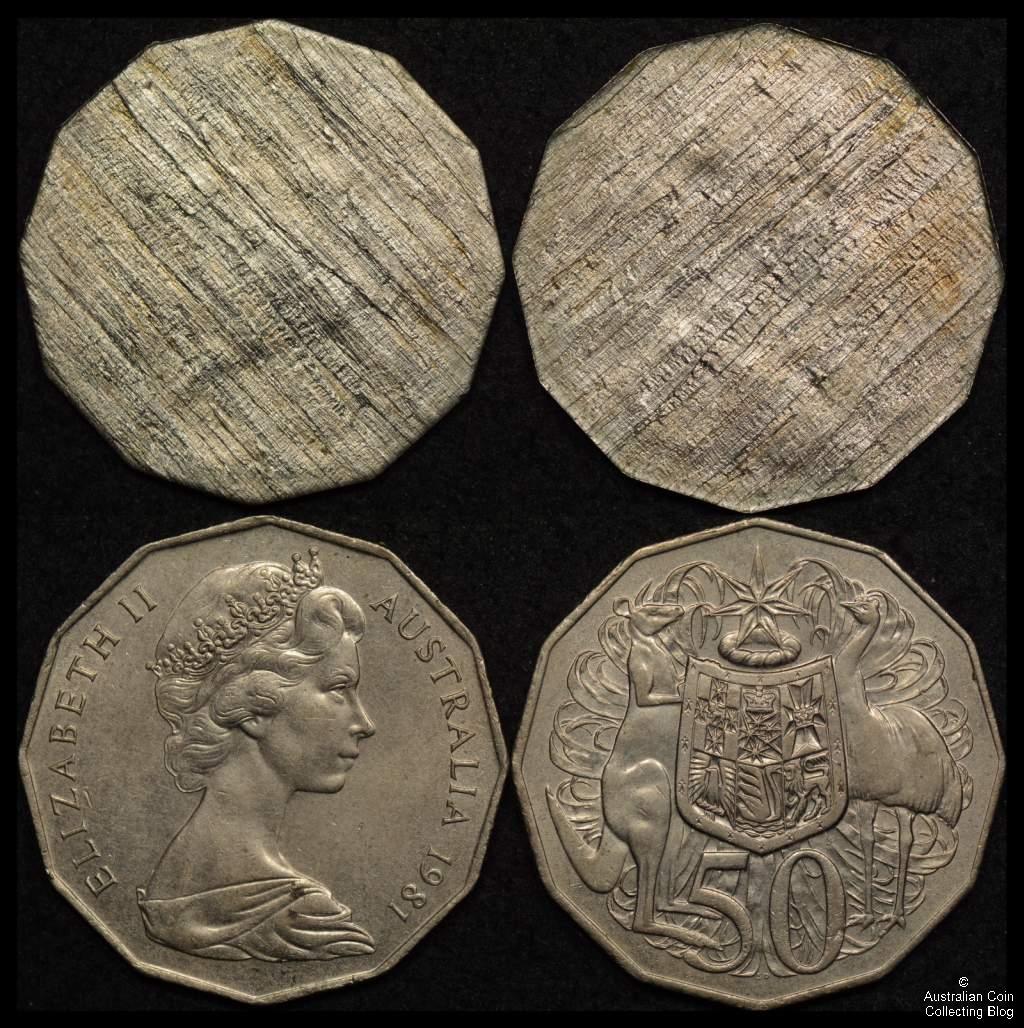 Split after striking – the most common full split planchet error

After the coin is struck, the planchet splits into two pieces parallel to the face of the coin. Figure 1 shows a full split planchet 1981 50 cent coin with both matching halves. The halves of this coin fit neatly together along the split faces. However, it’s much more common for the mated coin halves to be separated and for a collector to have just one side of the split coin. It’s not uncommon to find a single half of a split pre 1985 copper nickel decimal coin sitting in a collection of errors. We have seen very few split planchet bronze decimal coins, with perhaps less than 5 examples known. Having both sides of a full split planchet (a mated pair) makes the split planchet coin error worth considerably more.

In the image of the split 50 cent coin, observe the inner split face where the de-lamination occurred and note it has a typical look which is identified by rough texture and parallel metal striations. If you’re looking for a real split plancet error look for this type of texture on the split surface as it is a strong identifying characteristic. 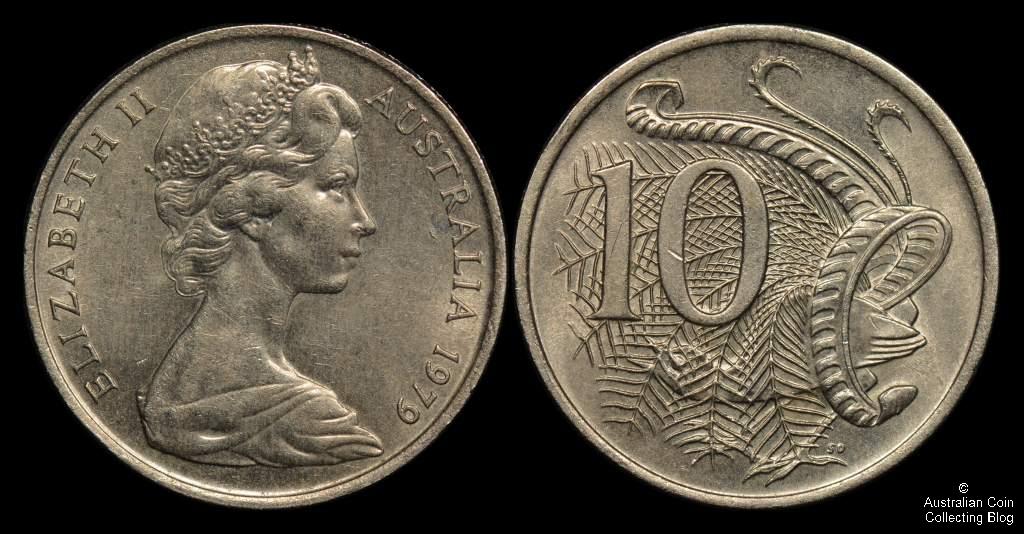 Figure 2 shows, what appears at first glance, to be a run of the mill 1979 10 cent coin. However Figure 3 tells a completely different story when the same coin is viewed from the edge. This hinged split planchet or “clamshell” is a coin that looks exactly as the descriptive name suggests. A de-lamination, through a significant area of the coin, has caused it to split -but not completely. Both halves of the coin remain attached by some of the edge and the result resembles an open clamshell. The inner surfaces of the clamshell error show the tell-tale metal striations mentioned above. Take note that if the clam has been prised apart by an excited collector or unscrupulous seller, that this will devalue the error. We have seen this error on 50 cent, 20 cent, 10 cent, and 5 cent decimal coins. 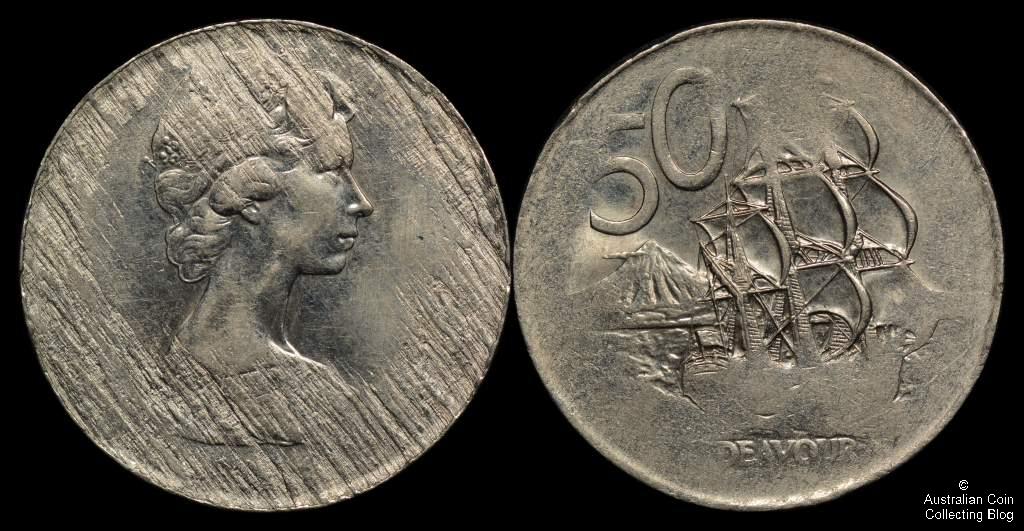 Figure 4 shows a spectacular and rare error in the form of a New Zealand 50 cent, this coin has been struck after the planchet has split. To form this type of error, the blank or planchet splits into two pieces some time before the coin is struck. The split piece enters the coin press and is struck. The result is a coin that is very weakly struck due to the much thinner planchet. The split side is easy to identify as it will still show tell-tale striations, particularly in the lowest points of the coin design. This is the rarest of the three types of errors we’ve discussed here, and we are aware of only three Aussie decimal coins that have been struck on planchets that split before striking.