Our last entry about the Australian 2000 $1 / 10 cent mule and the recent discovery of a new 20p mule coin error in the United Kingdom made us realise we hadn’t actually done an entry on the so called mule error. (Edit February 2016 another mule has been discovered in New Zealand -this a 10 cent/$1 mule of 2004.)

What is a Mule Coin Error?

Put simply, a mule error coin is a coin that is minted using an obverse die, a reverse die, or collar die that were never actually intended to be used on the same coin. The most well known mules in world coin collecting are the New Zealand 2c / Bahamas 5c mule (see below), the United States Sacagawea $1 / Washington Quarter mule, and the Australian 2000 $1 / 10c mule. 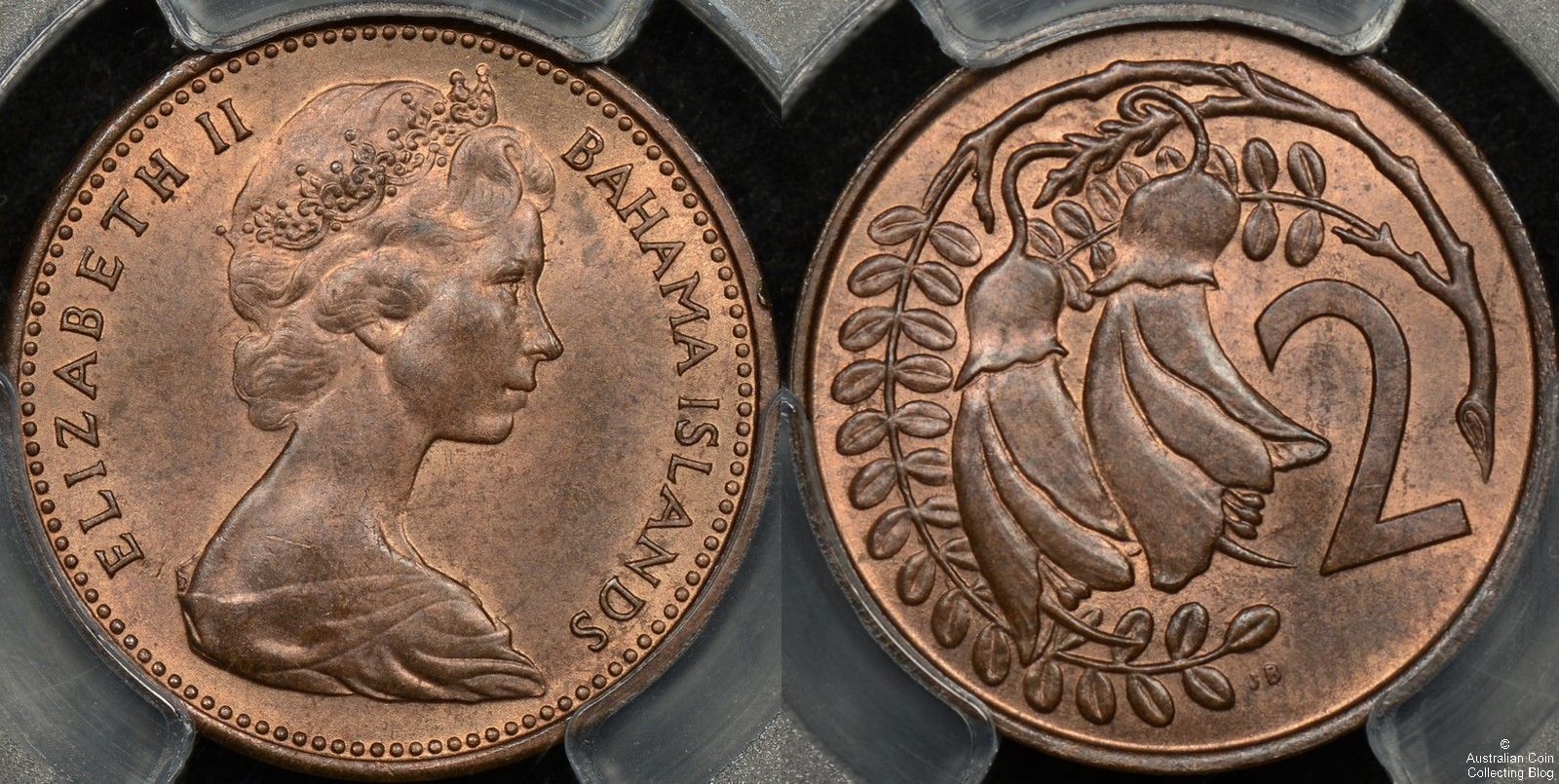 What actually makes a coin a mule is subject to some debate. The above examples we gave are undoubtedly mules. The obverse and reverse dies of these coins were never ever intended to be used together. For example, the New Zealand reverse die / Bahamas obverse 2c die are from totally different countries and were never intended to be used together under any circumstances. The same applies for the Sac Dollar and Washington Quarter dies, and the Australian $1 and 10c dies. Some error specialists suggest that coins where two obverse and reverse dies are used to strike a coin are mules too and we tend to agree. Mule errors can also occur when types of dies are mis-matched, for example using a proof die with a circulation die, or even when dies from the same correct denomination are used together but not in a pairing that was intended. A good (and recent) example of this is the 2014 Britannia silver bullion coins where at least two mule errors were produced when obverse and reverse dies of the standard Britannia bullion coin were mixed up with those to be used for the Year of the Horse bullion coin.

However, a grey area rises when dies of the same denomination are used in combinations that may be normal in some years but not in others. There are examples in the Australian coin collecting area that are subject to heated debate. An example of this is the 1956y Penny ‘mule’. In this case, the normal Perth mint reverse die was used (in error perhaps) with a Melbourne mint obverse die. This is unusual, but pennies were minted in Melbourne and Perth in 1956 so some collectors argue that this coin is not in fact a mule, just a variety of the 1956Y penny.

Whatever makes an error coin a mule, they are interesting coins to collect. And when struck from dies of different denominations from the same country, or from completely different countries they are indeed spectacular coins to look for and own.