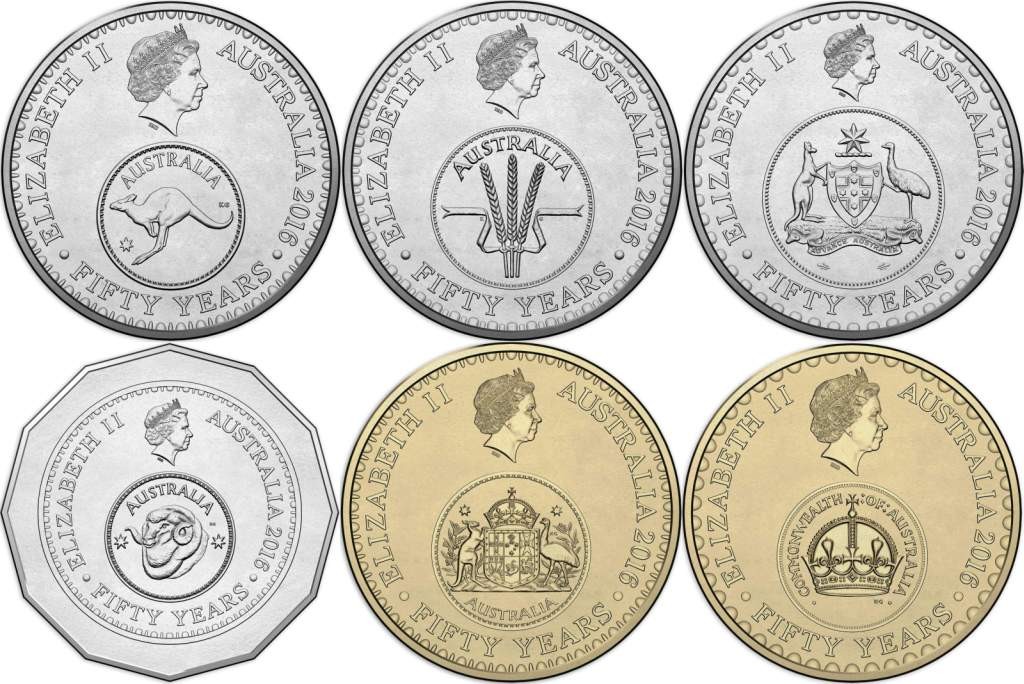 Commemorating the changeover to decimal currency (in 1966) 50 years ago in 2016 all of our beloved coin designs were released into circulation with special obverses. Instead of a different design on the “tails” side of the coin we still see all the familiar animals that have adorned our coins since 1966. It’s the side depicting Queen Elizabeth II that has been changed to commemorate this 50 years. The effigy designed by Ian Rank-Broadley was greatly reduced allowing for a reminder of our pre-decimal coins to be added to the obverse. The 5 cent has an added halfpenny/penny kangaroo, the 10 cent the wheat sheaf of the threepence, the 20 cent an added Coat of Arms as seen on the sixpence, the 50 cent a shilling ram, $1 the florin Coat of Arms and the $2 a crown from the crown! There is also an addition to the legend reading “FIFTY YEARS”. 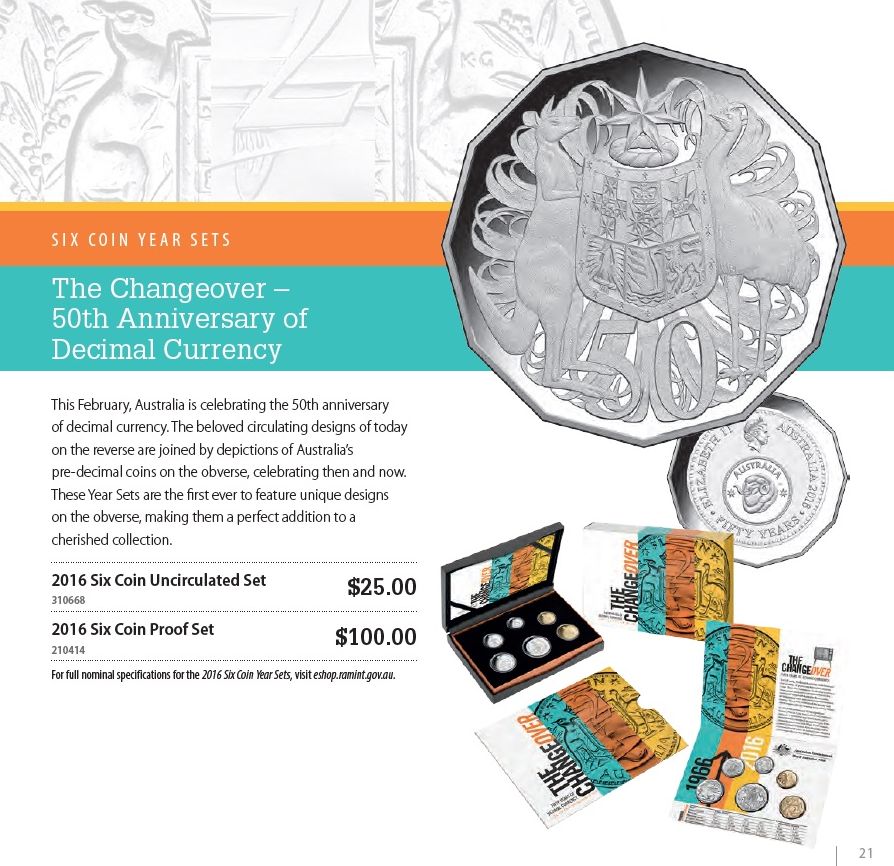 You can find all of these coins in your change as millions of these have been sent into circulation. With the exception being the dollar coin which is harder to find. Just 359,000* of this denomination was released. The Mint Set for 2016 also includes each of these commemorative coins. The Royal Australian Mint was also giving out empty folders during the Changoever Tour in 2016 for collectors to add their own coin finds in, with a push-in spot for each denomination. 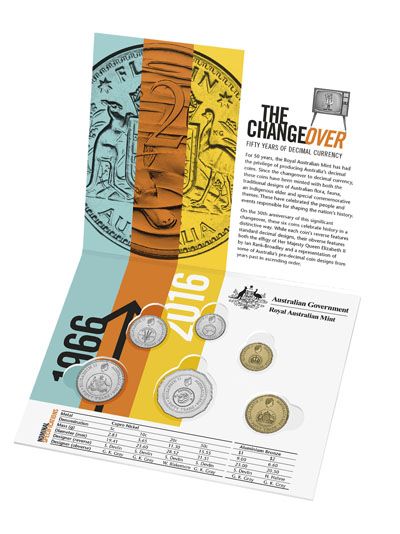