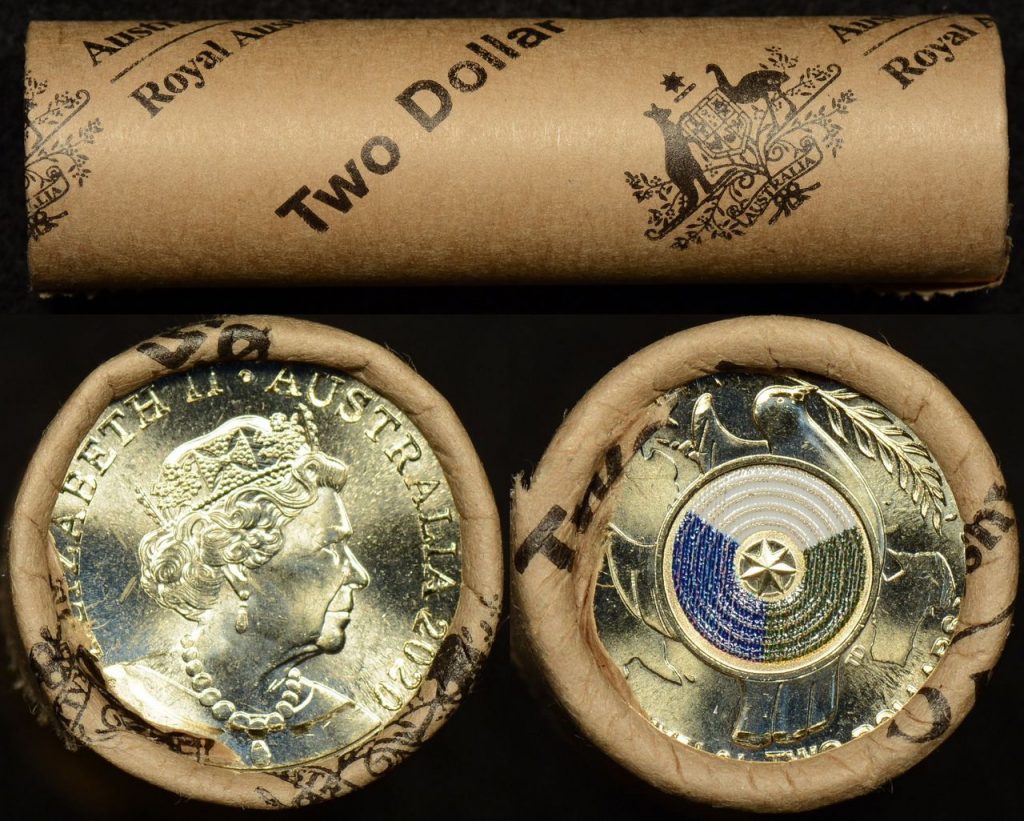 Collectors of mint rolls generally, and in particular collectors of commemorative coloured $2 coin rolls need to take note of recent events that could impact on their collecting habits. The Royal Australian Mint in Canberra have recently attempted to clarify issues around the release of RAM wrappered mint rolls. At the heart of the issue is whether or not the production figures of collector coin rolls that many of us purchased in good faith really are what we were led to believe.

Firstly, let’s clarify what we mean by ‘collector mint rolls’. Over the last several years the Mint has produced coin rolls in Royal Australian Mint paper as a RAM dealer exclusive product, with set numbers of each roll produced. These are sold by authorised RAM dealers for around double face value. Collectors had been willing to pay a premium as these rolls were guaranteed to contain the coin depicted on the end of the roll. This is different to coin rolls wrapped by a security company, where there is always uncertainty about the types and the grade of the coins in the roll. As such, a genuine RAM wrappered roll has been a much more desirable way of collecting premium uncirculated examples of a coin type.

In recent weeks bank customers withdrawing coin rolls from dispensing machines have been surprised to receive rolls of new coins wrapped in official RAM paper. Types of coins found in rolls have included 2017 Lest We Forget Mosaic $2 coins, 2019 100 Years of Repatriation $2 coins, 2020 75th Anniversary of the End of WWII coloured $2 coins, and 2019 Jody Clark effigy $2 coins. This has lead to a run on roll dispensing machines and a glut of seemingly genuine RAM wrappered rolls hitting the collector market. While we’ve all been eagerly awaiting new coloured $2 coins to be found in circulation this flood of $2 rolls and coloured coins seems to have had a dampening effect on collector enthusiasm. It’s easy to understand why some collectors are dismayed, how would you feel about spending double face value or even more on an ‘exclusive’ collectable product only to see others obtain the same item for face value?

The Royal Australian Mint in Canberra have this week addressed concerns in a media statement, some of which you can see below:

Also, Official Rolls feature coins that at one end have a visible obverse (heads) and at the other end a visible reverse (tails). Many years ago we established a standard for this format, with the heads and tails combination essential so that for every Official Roll the reverse design is evident, as is the year date of striking.

So in summary, Official Rolls are purposely designed, manufactured and released by the Mint for the purpose of collection. They are mintaged (capped at a publicised maximum volume), they are wrapped in our official paper and they feature a heads and tails combination.

What you may not be aware of is the fact that we cannot program our coin rolling machinery to solely produce heads and tails combinations that are utilised for Official Rolls. Therefore when we produce and package to a full mintage of 5,000 there is another 5,000 (approximately) rolls that do not meet the head/tails requirement – they are either heads/heads or tails/tails.

These coins go back into the circulating coin inventory to be utilised in orders being shipped to banks at a future time. These are not considered error coins, but rather are reject products as they do not meet the product specification required for Official Rolls. Rather than destroy them, or go to the extra time and cost of having to unpack them, they may be sent to banks in this format. At times these shipments may also contain any Official Rolls that have not been purchased to mintage.

For future, to make it easier for collectors we are looking at ways to further differentiate our Official Rolls from the Rejected Rolls. This may include an extra identifying mark on the packaging, but this is yet to be determined.

The guts of this is that at some unknown point in the past it was decided by the RAM that an ‘official’ roll was a Head / Tails roll. We’re not clear WHEN this was made policy but in the secondary market we’re now seeing coin rolls that appear to be official product that, by what is essentially semantics on the part of the RAM, are not. This is obviously leading to confusion amongst collectors as it’s not easy to distinguish an ‘official’ product from a roll simply assigned for circulation release. As with anything though, knowledge is the key and if you’re aware that uncertainties such as this case exist then you can allow for this in your purchasing budget. Or perhaps you’ll change your collecting habits to avoid these rolls altogether.