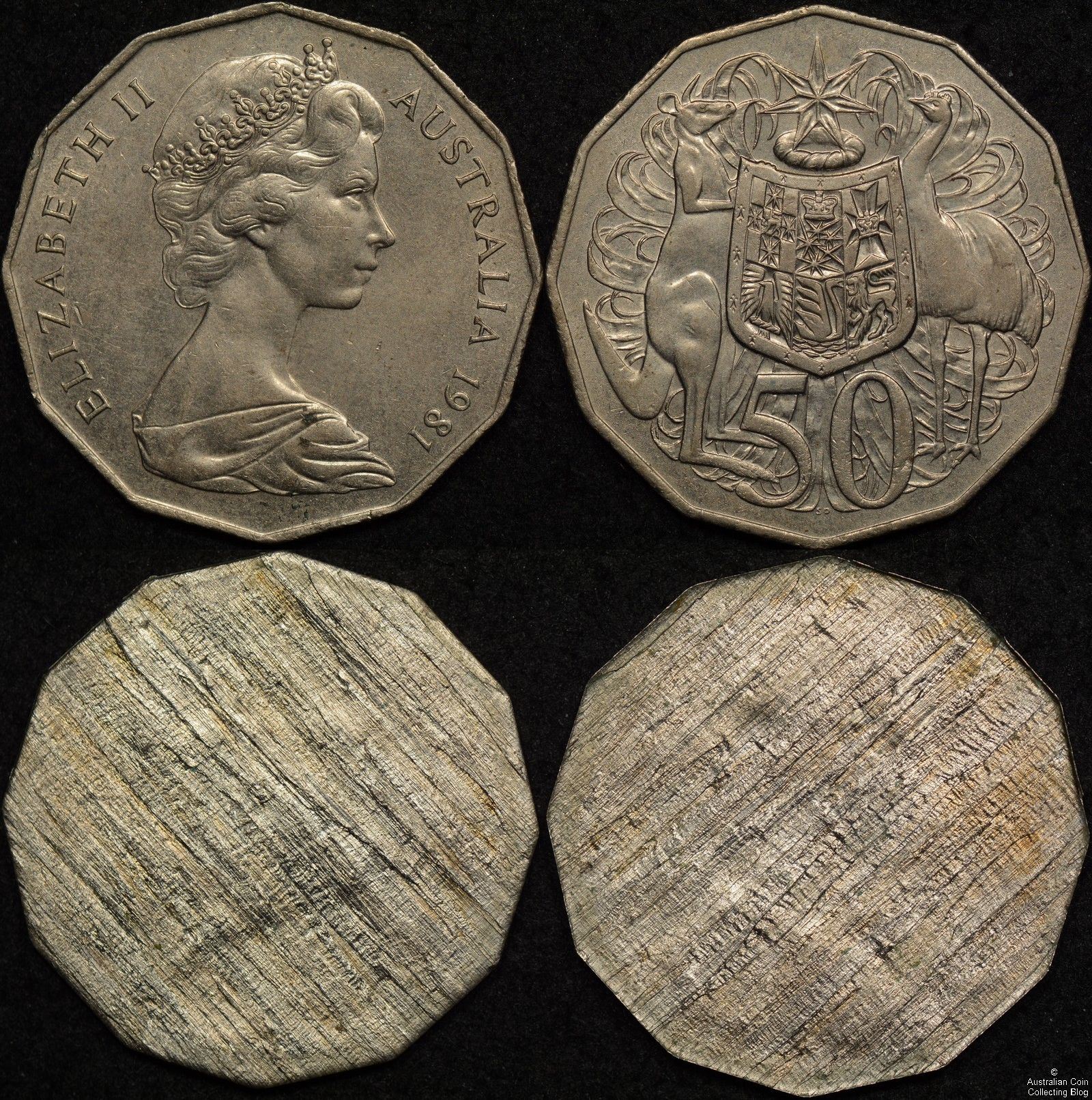 Australian 1981 50 cent Split Planchet Mated Pair -this coin split after it was struck.

A split planchet coin error occurs when there is a weakness or lamination defect in the metal blank. During the preparation of the planchet strip foreign materials such as gas, dirt or grease may become trapped below the metal surface. This area of the metal will be weaker and may flake, peel or split because the adhesion is poor where the foreign material is. With the example of a split planchet error the blank may split partially or wholly in 2.

The above example is an Australian 50 cent coin error from 1981. It has split completely in half parallel to the faces of the coin and each side weighs roughly half of a normal coin weight. Each piece fits neatly together just like a puzzle and their combined weight is exactly that of a standard 50 cent piece. You can see parallel striations are present on the inner surfaces where the metal has split. This split has occurred after the striking of the coin.

If the split were to happen prior to the coin being struck it would result in a weakly struck or blank portion of the coin surface. And of course the coin would be severely underweight. A coin in the process of splitting in 2 may have a clam-like appearance with one edge open like a hinge.