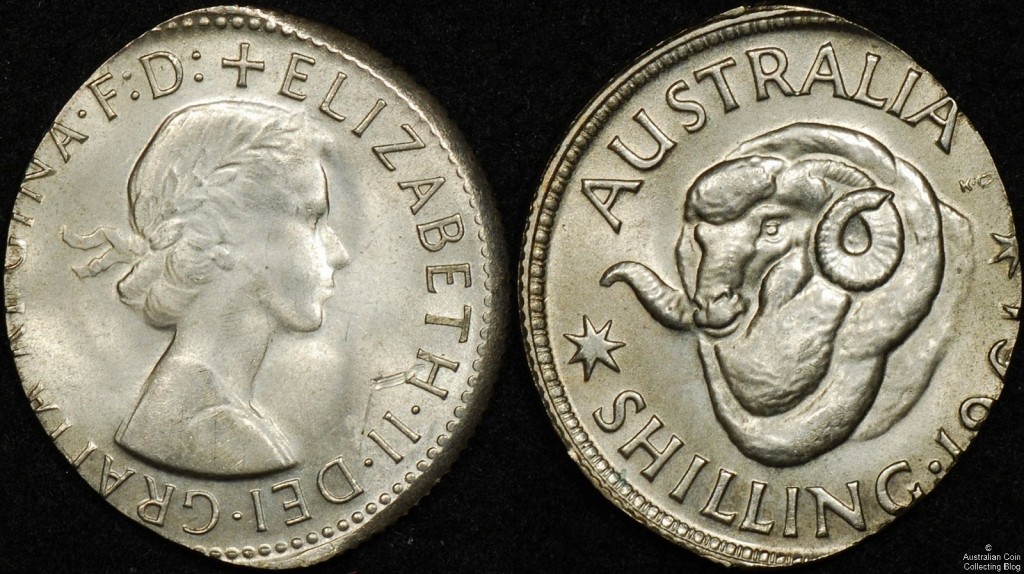 How does this sort of error occur? One must think about how the blank manufacturing process occurs, in the case of this shilling the silver strip runs through a blanking press and metal tools punch out disks of silver that will me made into coins. In between punching operations the strip moves along, and stops ready for the next blanks to be punched out. However, what happens if the strip doesn’t move along far enough when the next blank is punched and the blank that was just punched doesn’t detach properly? We’ve done our best to explain this in the image below:

In this image the first coin blank punching operation is the blue disk, and for whatever reason, when the metal strip moves along under the punching press after the first punch it does not move far enough and the coin blank does not leave the strip. When the next coin blank punch occurs (the green disk) it happens OVER the blank that is still sitting in the metal strip. This forms a crescent shaped clipped planchet on both edges, and an elliptically shaped planchet in the middle. It seems likely that the crescent shaped clips do not make it through quality control because they are so small, whereas the elliptical planchet does. And of course a coin is struck on it and the elliptical planchet error coin is formed. 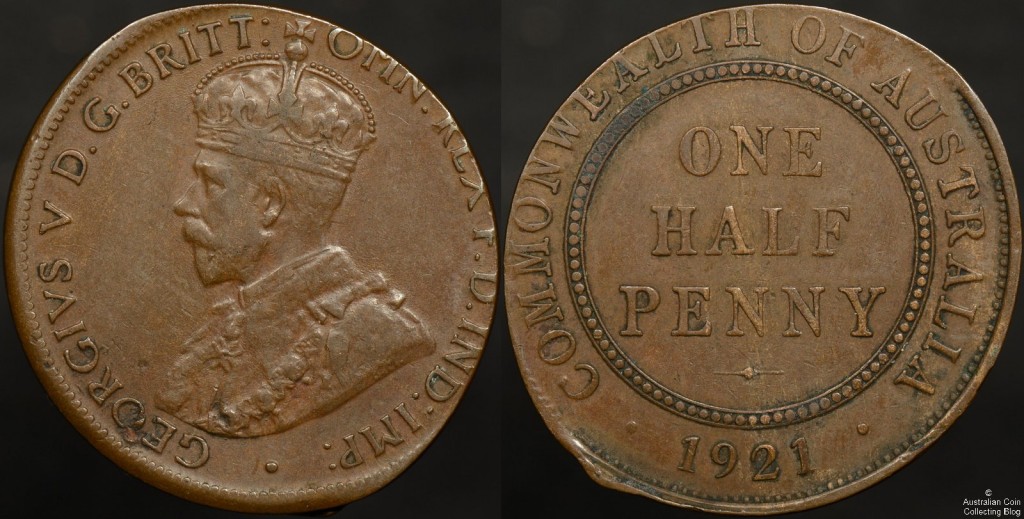 1921 Half Penny Struck on Elliptical Planchet

To the new collector it may not be immediately obvious how to distinguish a real elliptical clip error from a coin that someone has either cut or ground to shape. Well, as it turns out, the same techniques we’ve described to determine a real clipped planchet error can be applied to elliptical clipped planchets. Both elliptical clips shown in this article show fish-tailing of the legends near the missing regions of the coin, plus both have extremely poorly formed obverse rims. Both of these factors indicate that they were struck on incomplete clipped planchets, rather than being entire coins that were somehow trimmed down later.