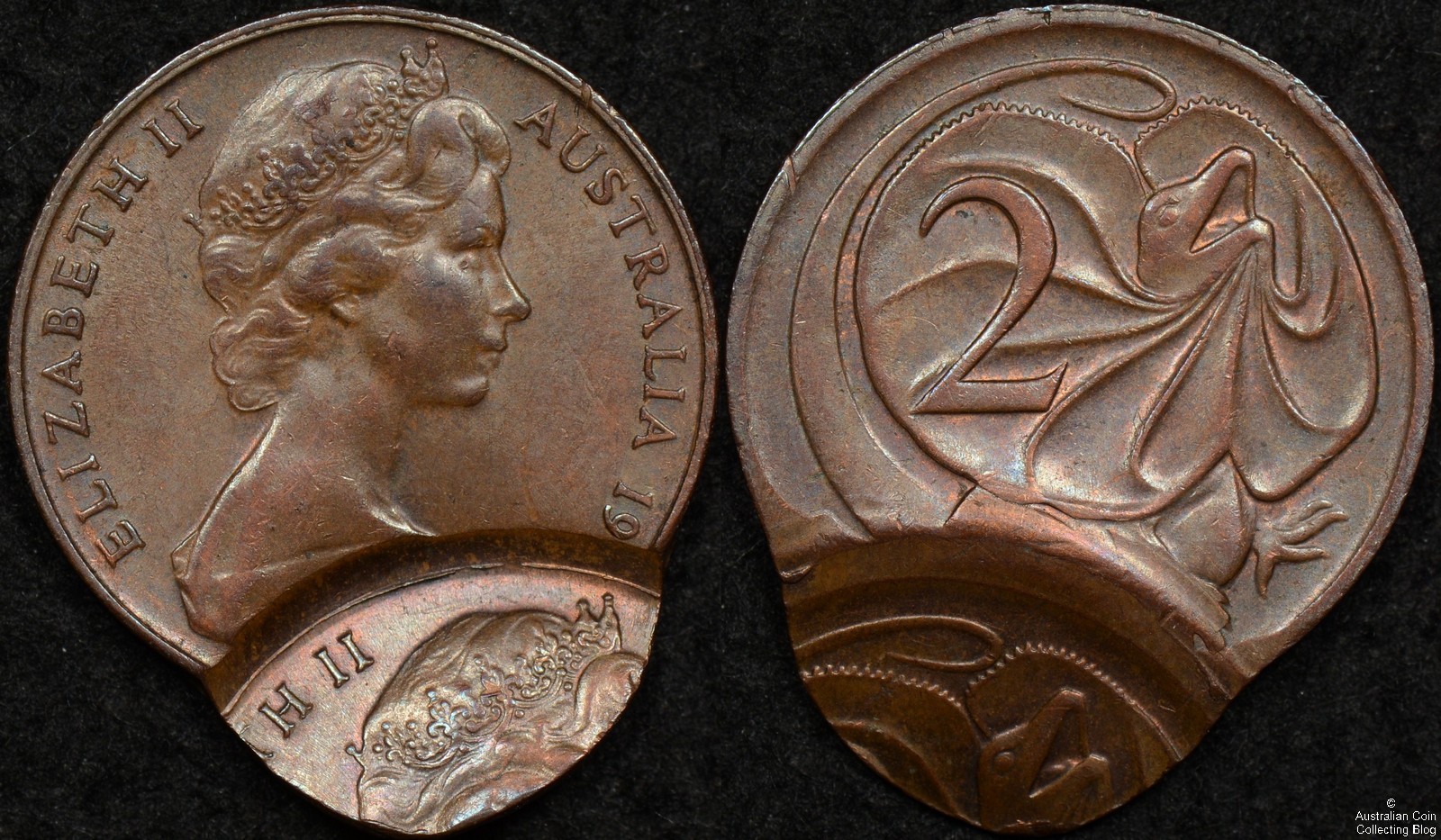 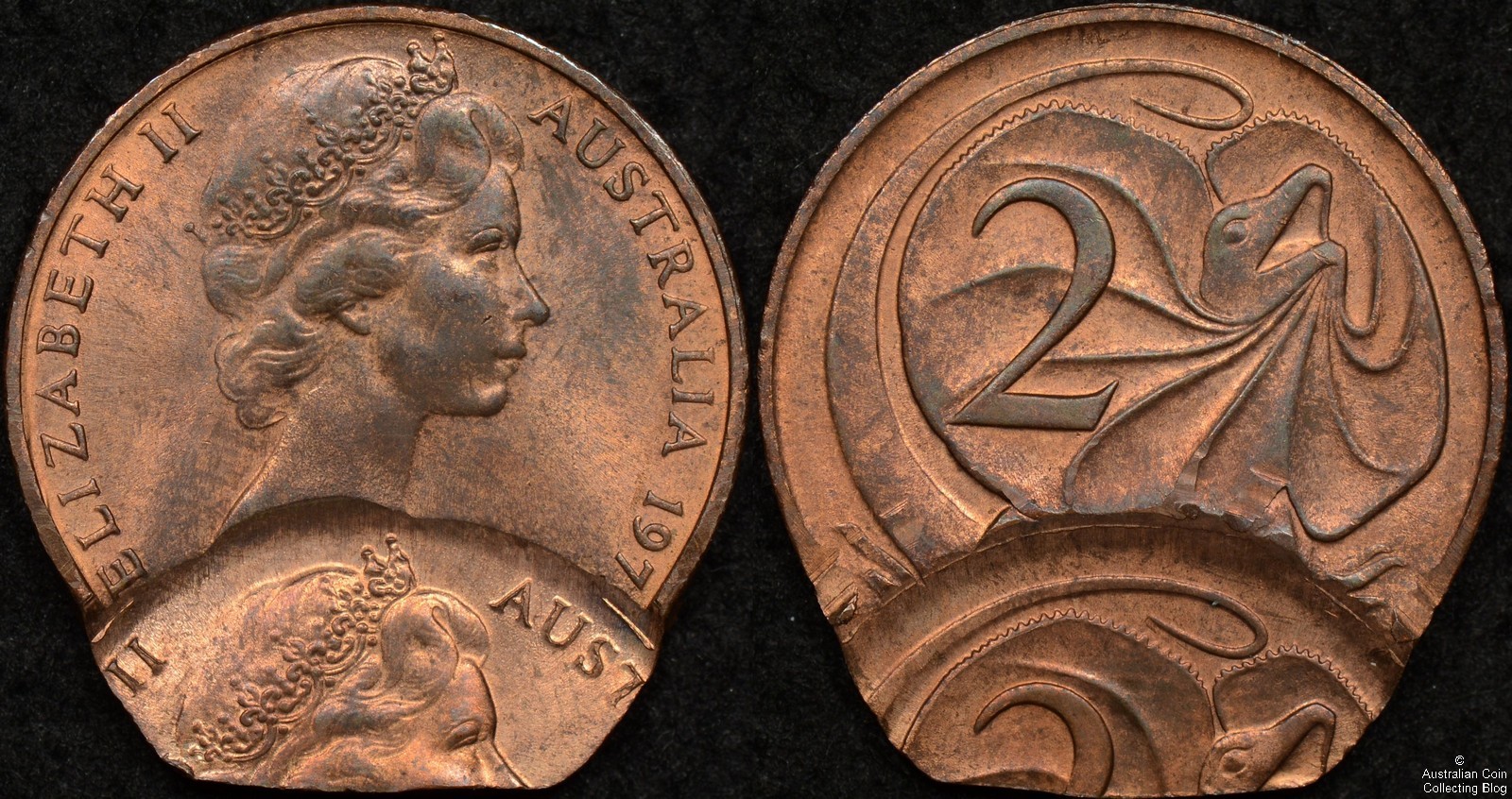 The eye candy for error coin collectors today are these two double struck Australian two cent pieces. They were struck once normally and then struck again after failing to exit the press in a timely manner. These coins are lovely collectable examples of off-centre double struck errors. As they are grossly misshapen these error coins would never have left the Mint in a roll, most likely in a mint bag or an employees pocket at a time when little value was put on error coins. The Arnold Machin portrait used from 1966 to 1984 dates these coins to within that time with one coin showing a 7 indicating it was struck in the 1970’s. It’s not possible to determine the Mint of origin because of the error. Both coins have endured the same experience, let’s look at the coin from the 1970’s in closer detail.

It all started with a regular struck coin. The main strike is quite normal with no interesting features. The partial strike off the edge of the coin is another story. This occurred after the coin failed to eject from the press and was caught on the edge and struck (partially) with a second strike. This was likely due to a press malfunction. The edge of this second strike is out of round indicating it wasn’t held by the collar and metal flowed upward (inward). This is confirmed by prominent fishtailing and thinning of the lettering II and AUST as again, the metal flowed upward during that second strike.

Those that may be confused by this type of error we’re still looking at a single (normal weight) planchet and not somehow a joining of two coins, extra metal piece or an overweight planchet. The partial second strike has been struck over the existing metal obliterating the original strike.