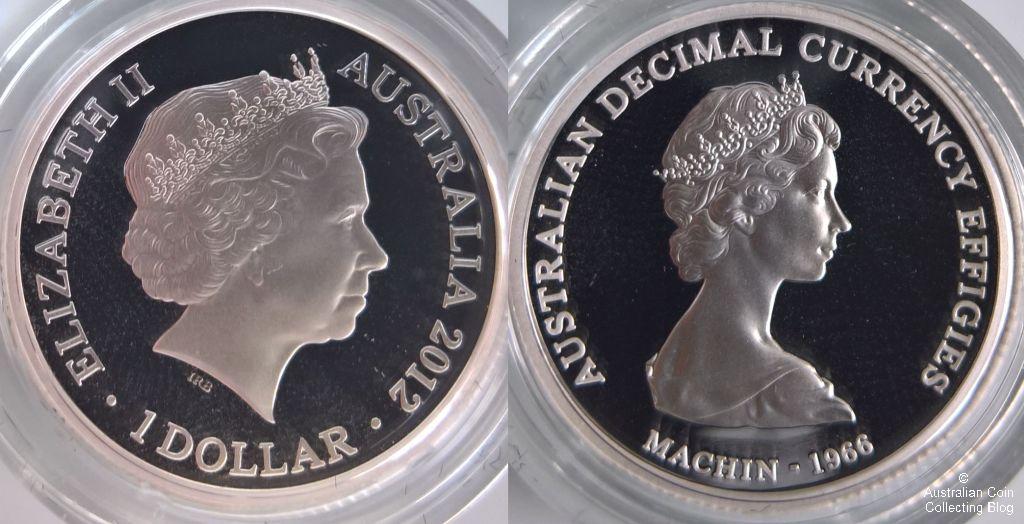 With newly released coins celebrating the Queen’s 90th birthday showcasing past portraits of the Queen used on Australian coins perhaps it’s time to brush up on some lesser known coins that you might just need in your collection.

From 2012 to 2014 the Royal Australian Mint (RAM) commemorated the effigies of Queen Elizabeth II used on decimal coins through the years. The RAM struck a 2012 coin with the Arnold Machin young portrait of Her Majesty used in 1966, then in 2013 struck another with the Raphael Maklouf portrait first used in 1985. Both coins had the year of issue and the Ian Rank-Broadley portrait on the obverse and were one dollar coins. This made both coins double headers! The first coin was only offered to RAM customers that were gold and silver members of the “collection by selection” program. This was a system where customers pre-ordered and pre-paid for their entire year of purchases at once and if they purchased between $1,000-$1,999 (silver member) of coins they were offered the chance to buy the gem uncirculated coin. If they spent over $2,000 (gold member) they had the option to buy the proof coin. As a result of the required spending limits the 2012 Machin coin had a mintage of just 100 for both the proof and gem uncirculated silver coins.

The Mint Valued Customer program changed in 2013 and customers became part of the “Mint Legends” program, which is still in operation. As a member of this program collectors were given the opportunity to order the 2013 Effigies coin (the spending limit requirements were removed) and in turn specify the mintage produced. The 2013 Maklouf coin fared a little better than the Machine with 310 proof and 330 gem uncirculated coins struck to demand.

The final coin in the series was a tribute to all three portraits used, neglecting the one-time Gottwald portrait used on a commemorative in 2000. The 2014 Effigies coin featured the 3 portraits in profile, the Rank-Broadley in front, the Maklouf behind and the Machin behind that. Again with the Ian Rank-Broadley older portrait currently in use, dated 2014 and the denomination on the obverse. This third exclusive release was the most popular with Legends subscribers ordering 1,000 proofs and 750 in gem uncirculated. Each coin in the series was struck in .999 fine silver, housed in a capsule in a lined flip-box and an outer cardboard sleeve.

Because of the nature of this issue it really has fallen off of the collecting radar and doesn’t appear to be included in either current Australian Coin catalogues. The mintages of these coins are tiny and one has to wonder, was it really worth producing dies for such a limited production run? These coins were not available or advertised through the regular Mint shop or dealer channels for retail purchase. Did you know they even existed? 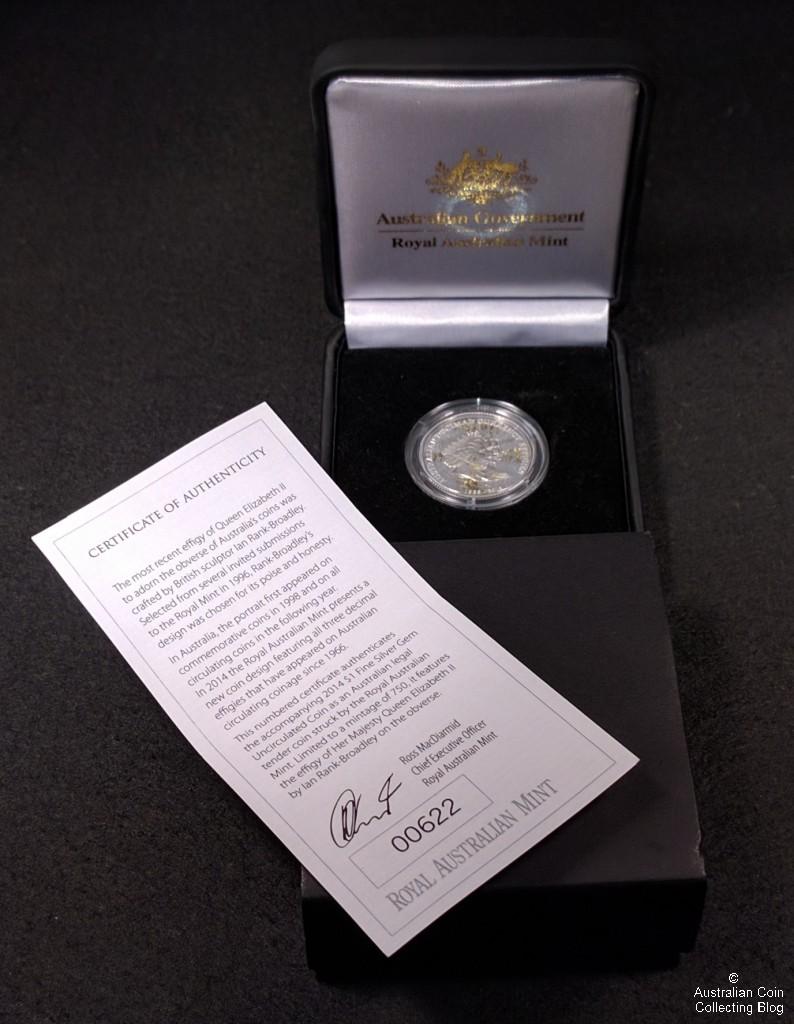 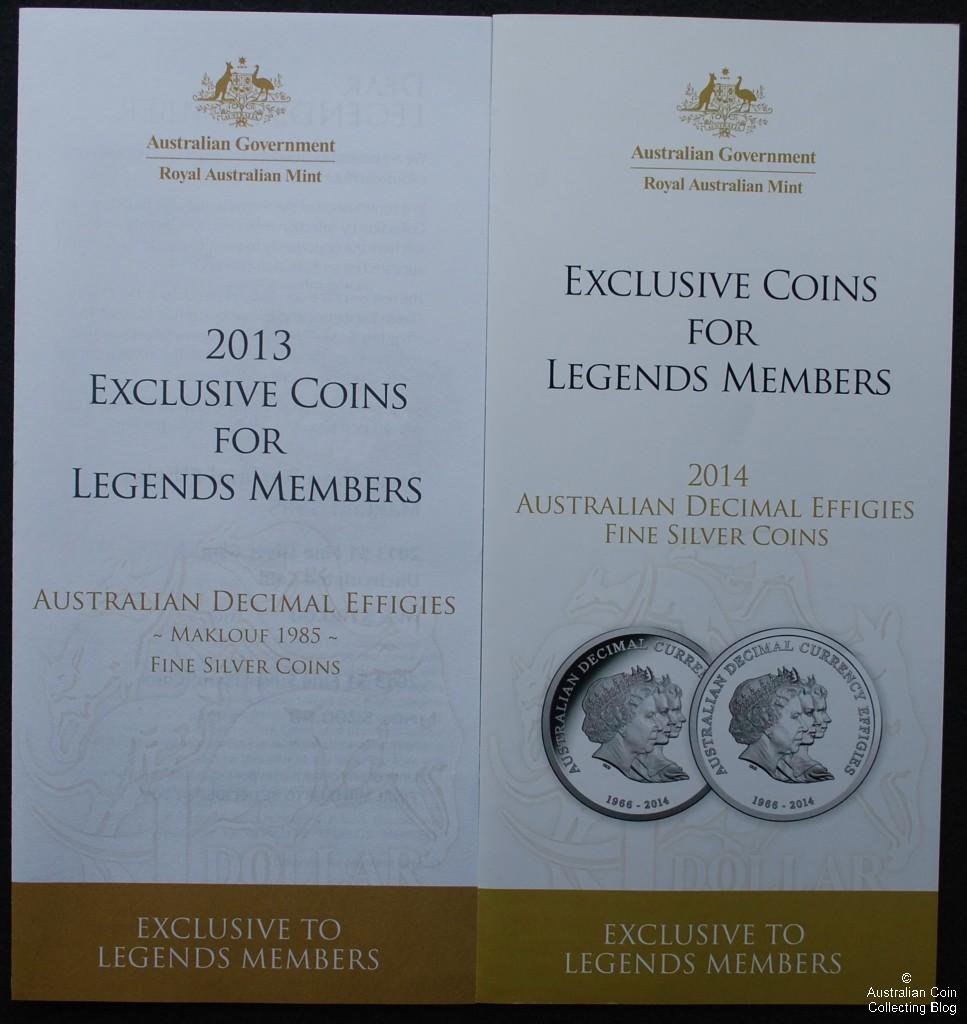