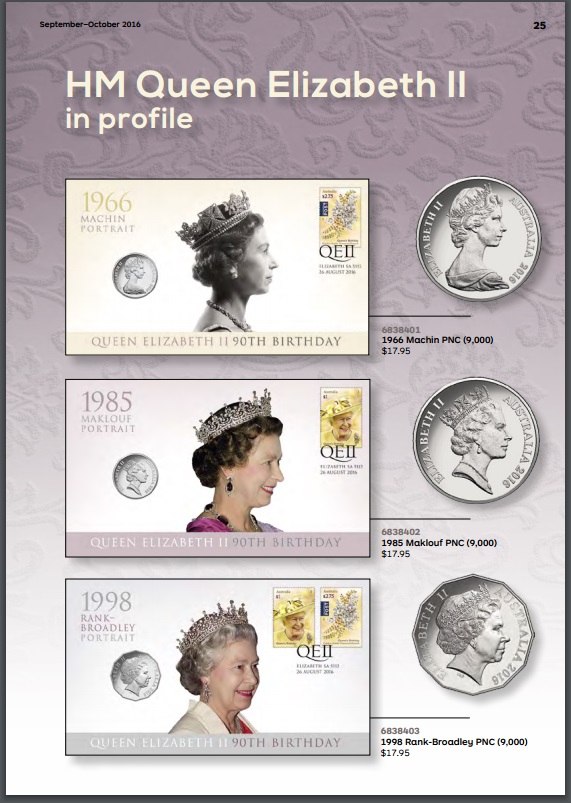 Collectors, if you missed the made-to-order sets of the special 2016 coins minted to commemorate the Queen’s 90th birthday then here’s another chance to secure these coins in a sneaky release from Australia Post. Keen Canberra Mint (RAM) customers eagerly snapped up 3 coin sets in a special made-to-order issue of these 2016 dated coins with past and present portraits of the Queen. Now, in the way we’ve come to expect the same coins are available individually in Australia Post PNC’s. This is why one must always read the fine print, it’s the SET of three coins that had the limited mintage and it was always possible the Mint would make more coins and have them available in other packaging.

If I may digress for just one moment, on another occasion the Mint offered coins on a made-to-order basis for the Australian Decimal Effigies series 2012-2014. Are the Decimal Effigies coins in your collection? Have you even heard of them? Those coins just don’t appear on the radar of most collectors as they were offered exclusively to RAM Legends subscribers. It was such a poorly publicised issue that has even flown under the radar of those that wrote our esteemed coin catalogues as they are not listed in both major publications! As a consequence they are pretty much unknown and such a tiny mintage probably made the design and manufacture of the dies non profitable for the RAM. It seems obvious to avoid this sort of non-profitable issue that the Mint had no choice but to sneakily increase the mintage of the Queen’s 90th Birthday coins any way they could. On a similar theme, how long do you think it will be before we see the “exclusive” “set only” Holden coin in another collector set or issue type. Perhaps even in another PNC.

Each Postal Numismatic Cover (PNC) has the stamp, coin and an image of the Queen. Interestingly the 1966 Machin cover depicts the Queen wearing the Diamond Diadem (tiara) seen on the Maklouf coin portrait and the 1985 Maklouf cover depicts the Queen wearing the Girls of Great Britain and Ireland tiara seen on both the Machin coin portrait and the Rank-Broadley depiction. Perhaps more suitable images should have been chosen for better continuity. The older Machin and Maklouf portrait 20 cent coins are likely to be very popular, I’d anticipate an early sellout. 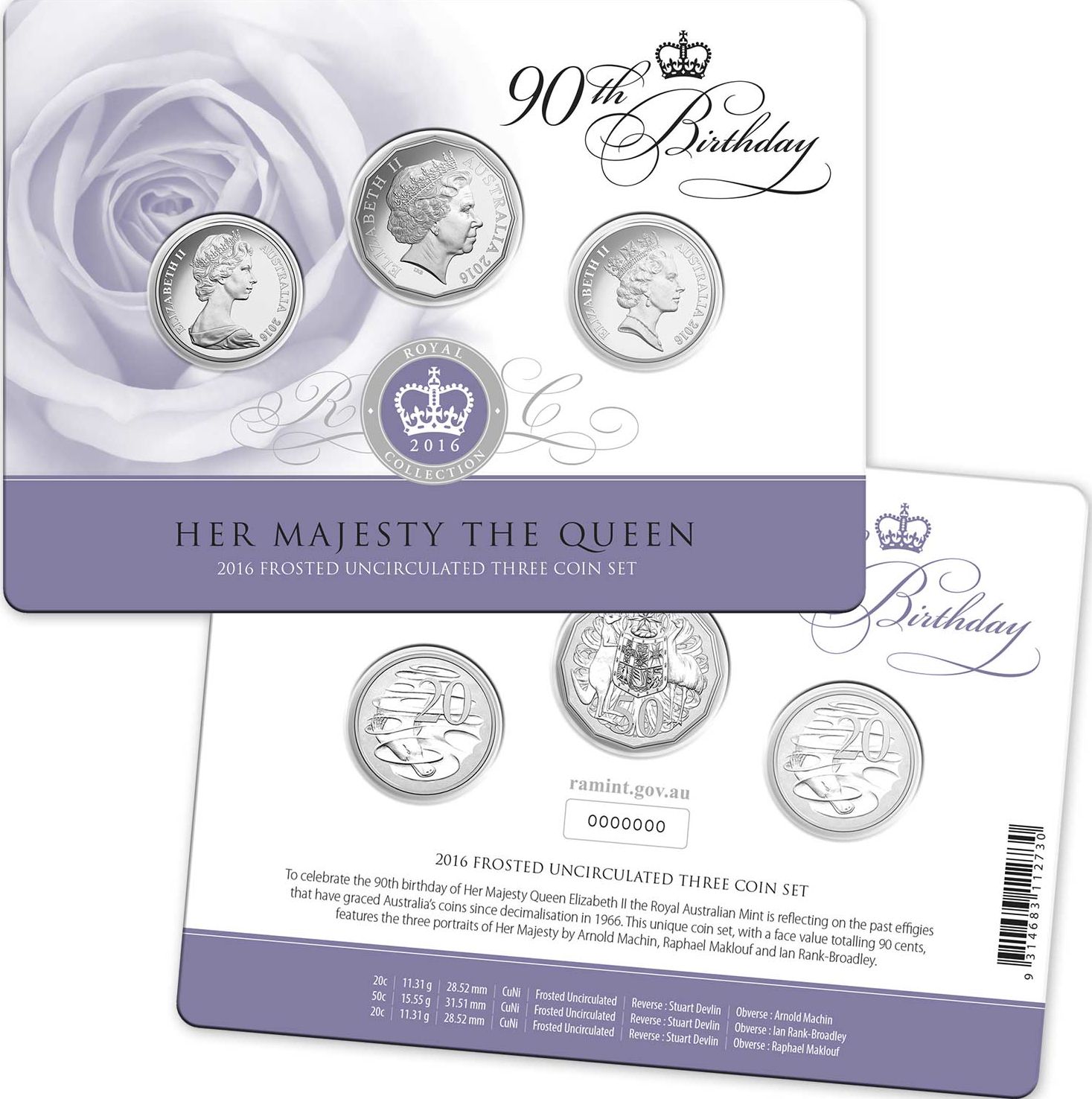