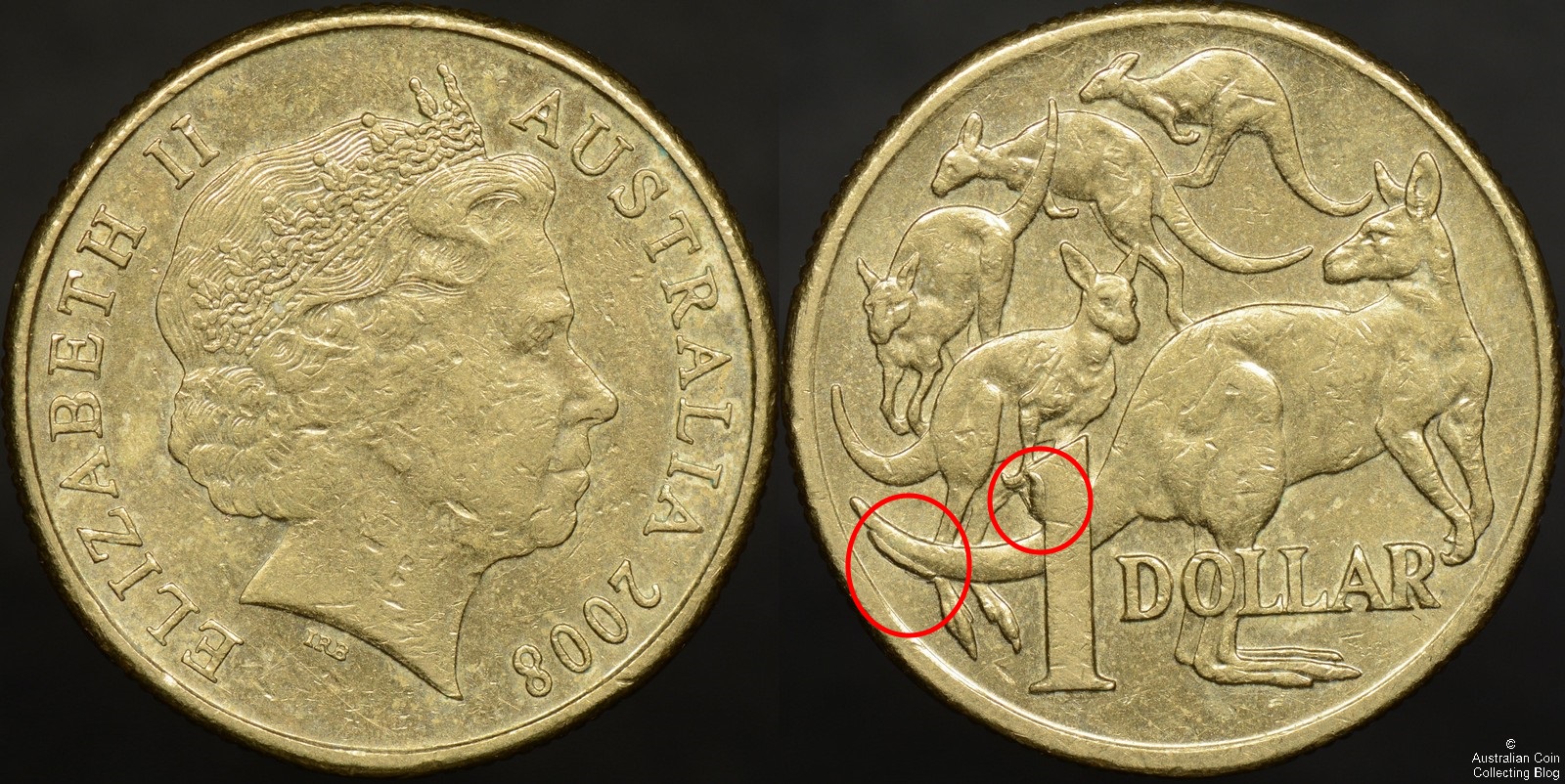 The Mob of Roos dollar design by Stuart Devlin consists of 5 kangaroos ranging in size and has been issued in Australia since 1984. Over the years collectors have noticed weaknesses in the die where cuds have appeared as small breaks or chips have occurred. The most well known cud is the rabbit ear variety but another to look out for is this error seen on the 2008 dated coin. It’s a cud on the base of the largest kangaroos tail, known as a double tail.

This particular example has a second cud, extra metal on the top left of the numeral 1. The 2008 dollar is seen with the double tail only, the numeral 1 cud only or both as seen in this image. This means the die chip occurred on at least 2 dies during the minting of the 2008 dollars.